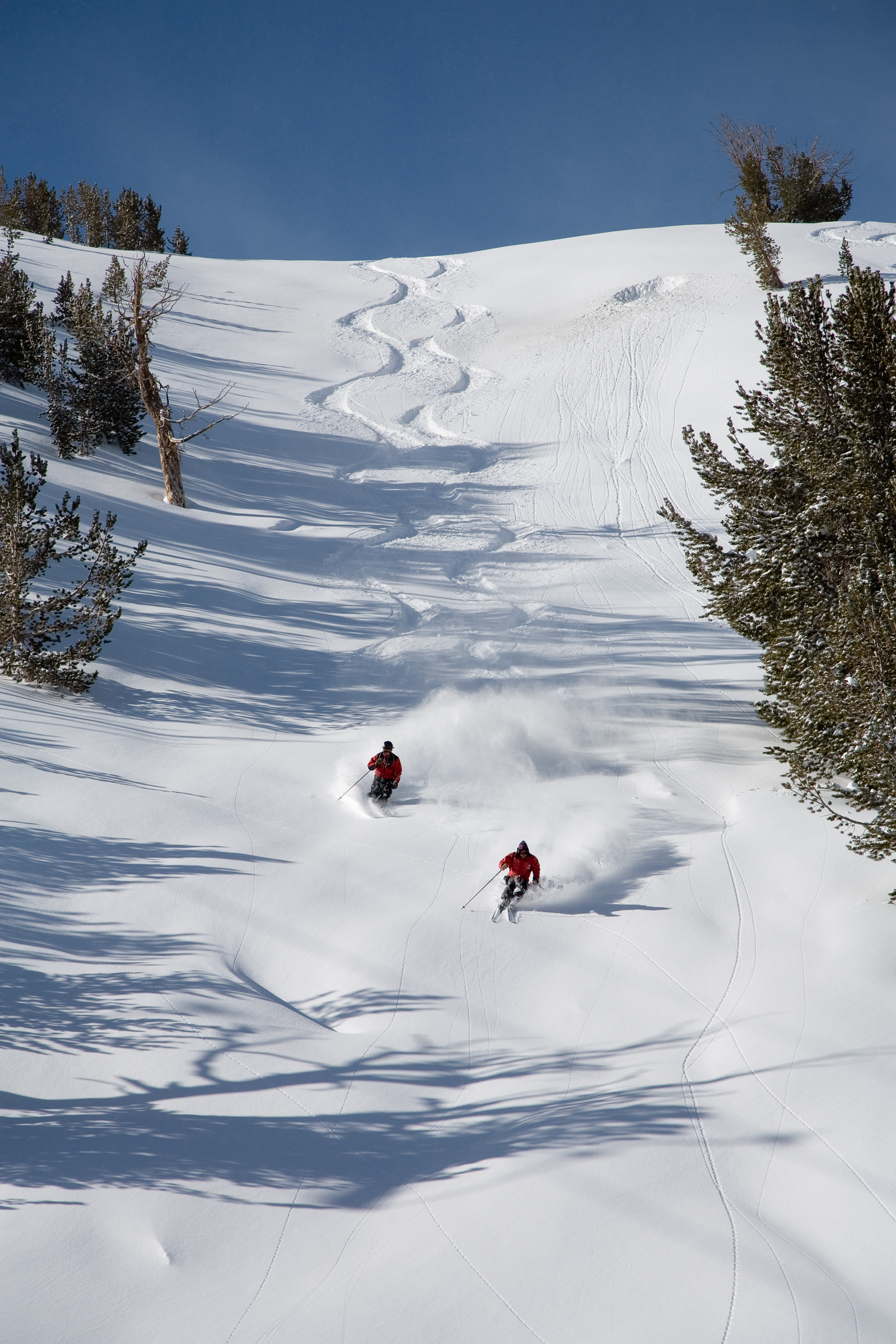 One season pass — the Cali4nia Pass — is good for skiing at June Mountain and three other resorts. Mammoth, Bear and Snow Summit also are part of the deal. (June Mountain photo)

This is the fifth in a series of updates from mountain resorts in California and Nevada.

For the family: Kids 12 and younger ski for free at the resort all season long.

Hidden gem: “The face at June has some of the best power skiing at any resort — and I’ve skied most of them, particularly in the U.S.,” says Rusty Gregory, chairman and CEO at Mammoth Mountain Ski Area, which also operates June. “It’s not that hidden because it’s the first run you see. The geography at June is very European oriented, so it’s steep at the bottom. The face is my favorite run there, and on a powder day my favorite run period.”