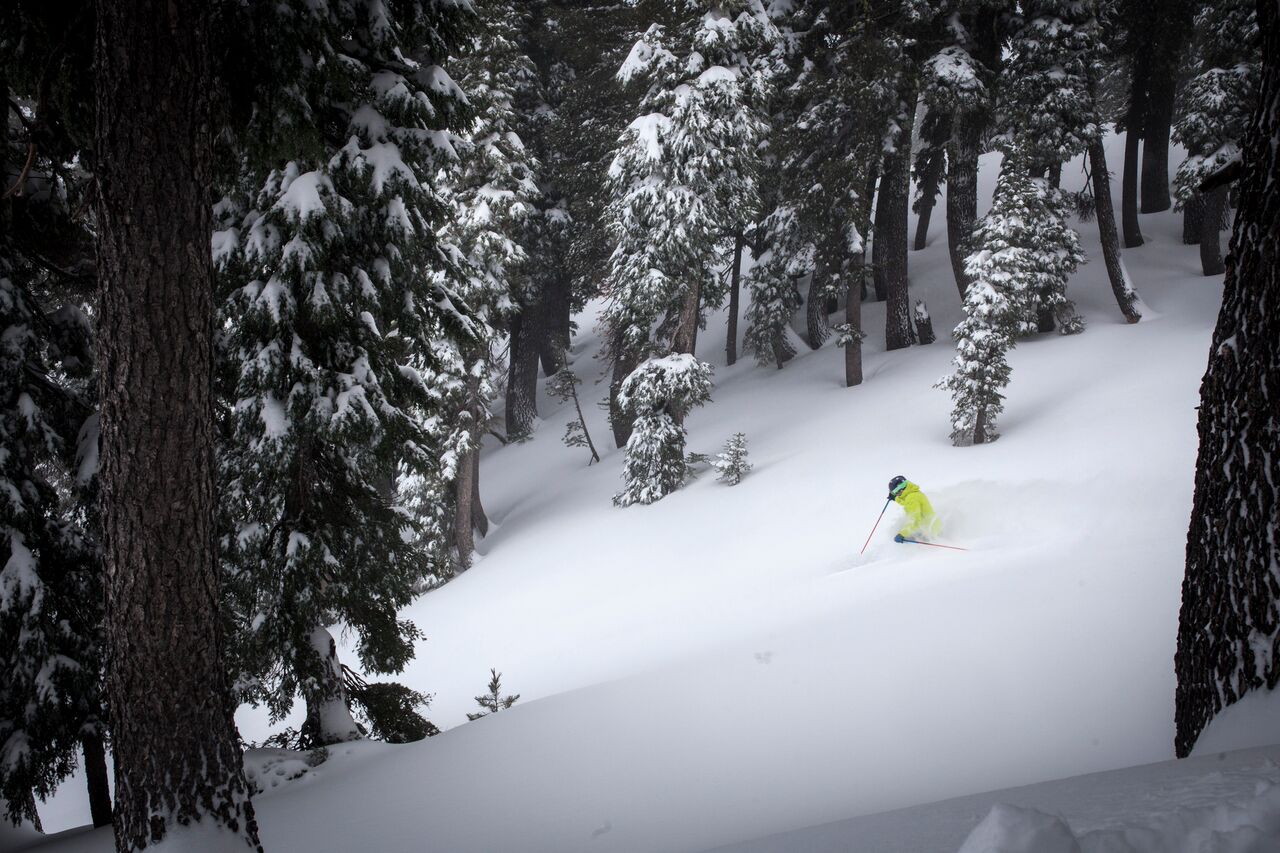 There’s plenty to love about the skiing at Alpine Meadows, and once the gondola between the resort and neighboring Squaw Valley is operating it will open new opportunities for skiers and snowboarders at both resorts. (Photo courtesy Alpine Meadows)

The long-awaited gondola between Squaw Valley and Alpine Meadows has been put on a fast track to completion, with resort officials saying that once construction starts it will take only about 10 months to finish the job.

Work cannot start until the owner of the two resorts – Squaw Valley Ski Holdings, LLC – wins approval from Placer County and the U.S. Forest Service. Applications were submitted to the county and agency, but it is unclear how quickly they will act on the proposed gondola.

I don’t know of any major opposition to the project. It does not appear to be controversial, so I suspect approvals may come quite quickly.

The gondola, which would run between the base areas of both resorts, would entail putting up about 37 lift towers and be some 13,000 feet in length. The land on the Alpine side is covered by a use permit on the Tahoe National Forest while the Squaw part of the ride would glide across lands owned or leased by Squaw Valley Ski Holdings.

No skiing, snowboarding or other on-the-snow activity would be permitted along the gondola route. Standing at the top of Squaw and gazing down into the Alpine base area, one is impressed by the steepness of the terrain going down to the Alpine lifts.

Resort officials pledged to take many steps to reduce the environmental impact of the gondola. The eight-passenger gondola will be operated at a relatively low speed; skiers and riders will have about a 13-minute trip to get from one resort to the other.

A typical high-speed lift transports at least 2,000 people per hour, while initial plans call for the gondola to move 1,400 people an hour. This is being done to minimize the number and height of the lift towers.

The gondola cabins will be removed from the gondola cable each summer to “reduce impacts on the surrounding view shed.”

A Q&A document released recently by the project builders would be of interest to many who frequent the slopes of Alpine and Squaw.

That document states that there are no plans under which the gondola cost would result in any increase in lift ticket prices or season passes. The gondola, it states, “would simply make it easy for skiers and riders to explore both mountains with a single lift ticket or season pass, without needing to travel between the two by car.”

It also notes that guests will be able to disembark at the Saddle mid-station on the Squaw side and then ski or snowboard down to the bottom of Squaw Valley.

Some skiers and riders like the slower pace on the slopes at Alpine Meadows but bemoan the fact that the resort has limited commercial activity. Once it starts operating, they will be able to ride the gondola to the Squaw Valley village and enjoy the 50 to 60 restaurants, bars, shops and art galleries located there.

When the link-up is completed, visitors will have access to 42 lifts and 270 trails spread across more than 6,000 skiable acres.