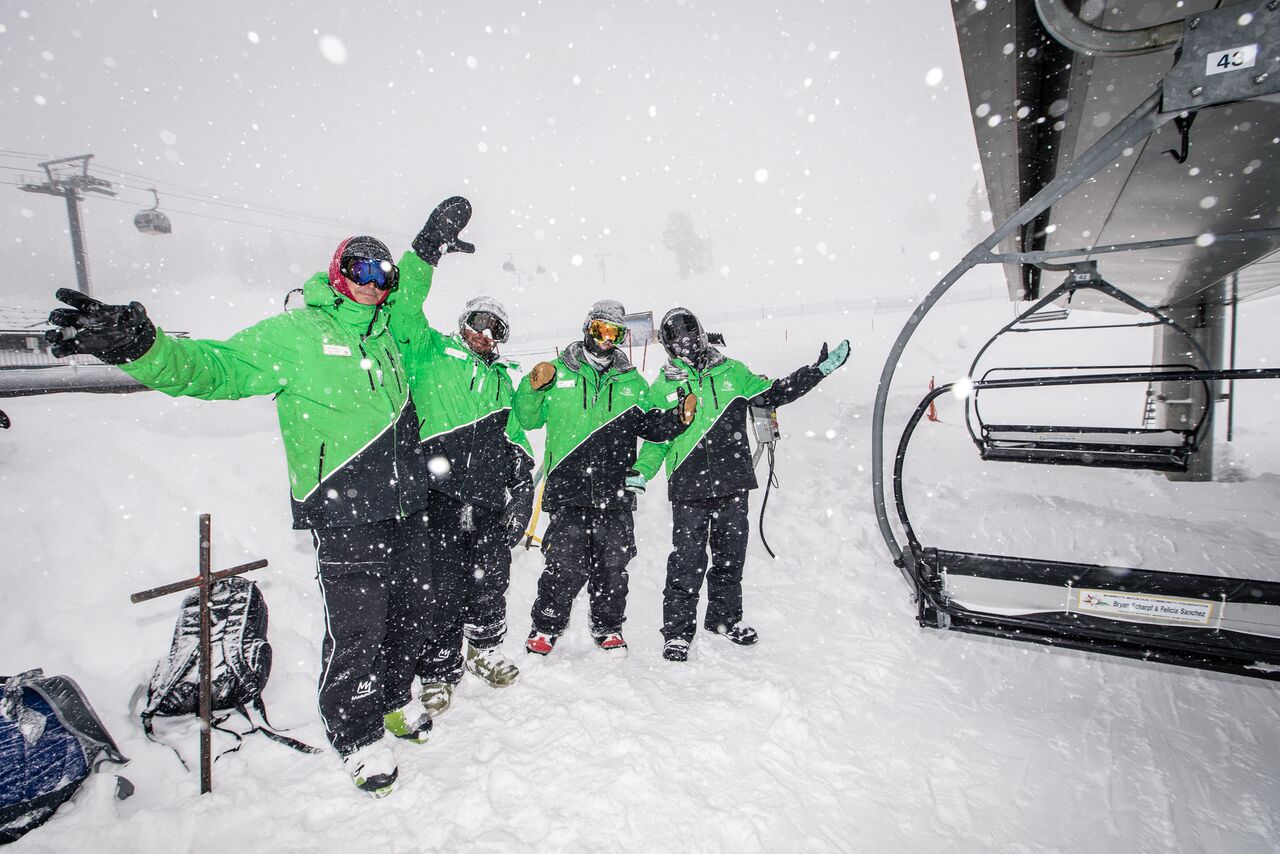 In a scene that could pass for the middle of winter, this is what Mammoth Mountain looked like this morning near one of the lifts. The resort received 20-26 inches of fresh snow overnight. (Photo courtesy Peter Morning / MMSA)

It’s spring, but someone apparently forgot to tell Mother Nature because about 2 feet of fresh powder fell overnight at Mammoth Mountain – and even more is expected during the next 36 hours.

By the time the storm passes through Saturday evening, according to a National Weather Service forecast, there could be another 2 to 4 feet of snow at the top of the mountain.

So far this season, more than 560 inches of snow has fallen at Mammoth Mountain’s Main Lodge, where the base is 165 inches. At the 11,053-foot summit, the base is 320 inches, the deepest of any resort in the country, according to a spokesman.

Other resorts, including Heavenly, Kirkwood and Squaw Valley in the Lake Tahoe area, have a base of 183 to 247 inches, and in Utah the resort with the most snow is Alta, which was reporting a 124-inch base this morning.

Back at Mammoth, sunny skies were expected to return by Sunday, when highs will reach the upper 30s. The 10-day forecast shows another possibility for snow next Thursday and Friday.

The resort is selling 2017-18 season passes at an early bird rate that allows skiers and snowboarders access to the slopes for the remainder of this season, which is expected to continue at least through July 4.