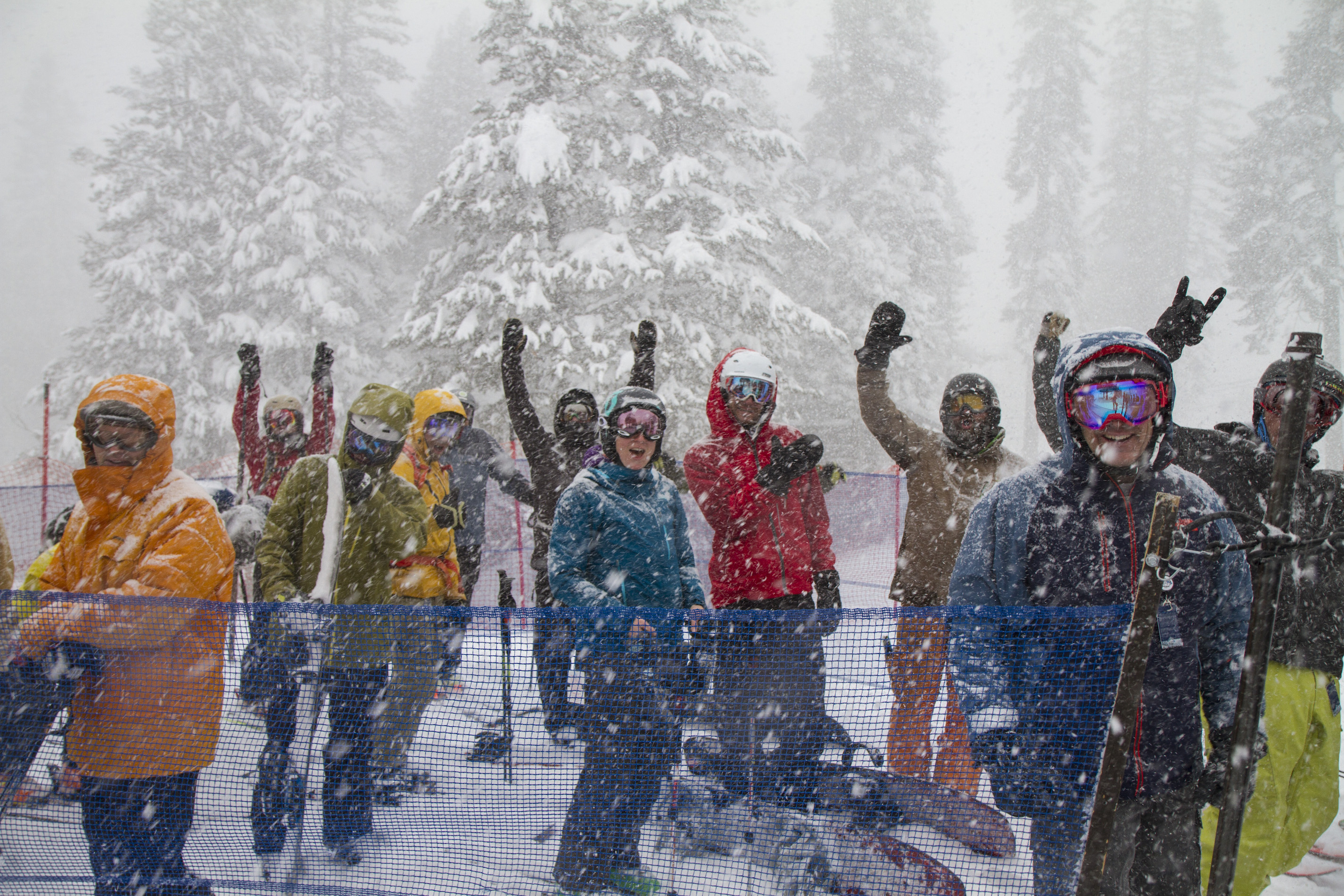 The summit at Sugar Bowl is sporting a base depth of 100 inches, made possible by more than 300 inches of snowfall this winter. (Photo courtesy Sugar Bowl Resort)

The spring ski season is on big time in the Sierra.

Thanks to a “March madness” of epic storms, several ski resorts have extended their closing dates. And those that typically shut down Memorial Day or later – Squaw Valley, Alpine Meadows, Mammoth Mountain – will be open at least until the late May holiday, weather and snow conditions permitting.

Heavenly is set to close a week later than usual – April 22. Mt. Rose also will stay open later – until April 29 – marking yet another six-month season at the Lake Tahoe resort. Homewood has pushed out its shut down date to April 15.

Other resorts are undecided on a closing day, so check with them before you head up the mountain.

Most Sierra resorts enjoyed a March miracle when 18 to 20 feet of snow blanketed the slopes.

Liesl Hepburn, spokeswoman at Squaw and Alpine, recalled a major dump around March 1 that brought seven feet of snow and a mid-March storm hit with another five feet of white gold.

Sugar Bowl, where nearly 100 runs were still open earlier this week, is another resort continuing to benefit from the late winter/early spring snowfall.

Mike Pierce, director of marketing at Mt. Rose, stressed that “we had an excellent season despite the general vibe that Tahoe had a lean snow start. With a high base elevation and extensive snowmaking, Mt. Rose opened on Oct 27. We also experienced a 40-inch (snow) storm in November when others received rain.”

Kevin Cooper, a senior communications official for Heavenly and Kirkwood, said March had some huge crowds because of all the pent-up demand. There was mostly clear driving on mountain highways which helped resorts attract thousand of skiers and riders during peak holiday periods.

“Our snowmaking systems were absolutely critical this season,” said Hepburn. “While we shut them down earlier in March when ‘Miracle March’ started rearing its head, our snowmaking and grooming teams truly carried the weight for much of the season. We got a lot of comments from guests who noticed the day-to-day additions that our snowmakers were able to make.”

Thea Hardy, communications manager at Sierra-at-Tahoe, added that “we do not yet have a projected closing date. Traditionally, we close in mid/late April. Closing date depends on the longevity of the current snowpack as well as temperatures and changing conditions.”

Northstar, which also benefited from a large snowmaking system, will close April 15.

Many resorts typically have enough snow to stay open longer than they do each season. But when the warm days of spring arrive, many skiers and riders turn their attention to golf, tennis and other pursuits, making it tough for resorts to attract enough guests to turn a profit.

Some of the smaller Sierra resorts, such as Dodge Ridge and China Peak, had a rough time financially this season. Andy Wirth, president and CEO of Squaw Valley Ski Holdings, was quoted in the Wall Street Journal in mid-March stating that Squaw and Alpine revenues were down about 20 percent from a year ago.

Mt. Rose noted that its revenues and crowds for the season were up about four percent from the previous season.

The Nevada resort is wasting no time planning for next season, announcing that the 2018-19 ski and snowboard season will start on Oct. 26, 2018.