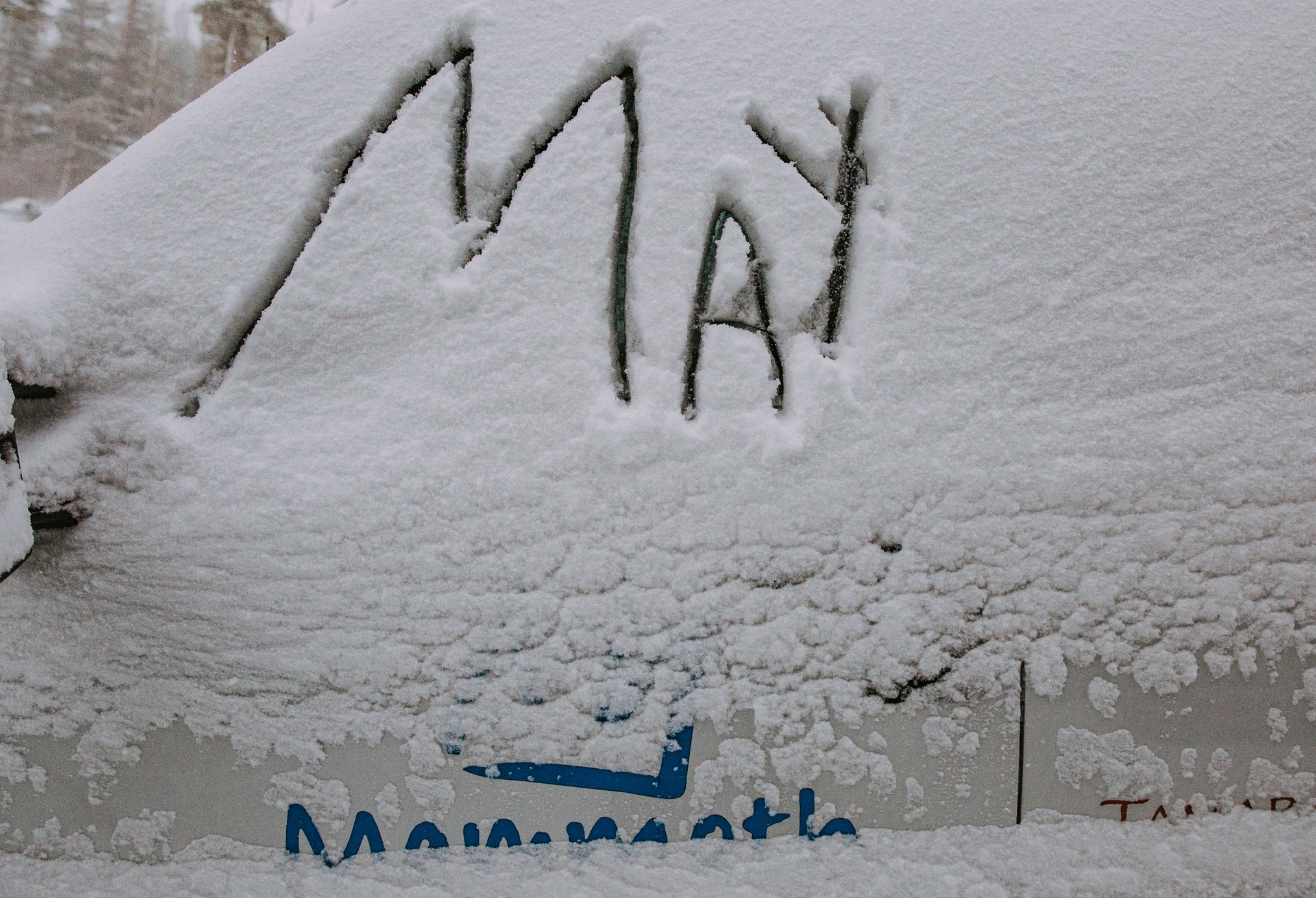 And the snow keeps coming.

The slopes at Mammoth Mountain have received 29 inches of snow since the first of the month — and, remember, this is the merry, merry month of May, not December, January or February.

The total is a May record for the resort, breaking the previous mark by an inch set in 2015. And with even more snow predicted for Sunday, look for even more records.

Mammoth Mountain announced the record-breaking month this morning in a tweet:

With 29" of snow this month, it's officially our SNOWIEST MAY ON RECORD, beating out May 2015. #MammothMAYhem continues!

All that snow adds up to even more skiing and snowboarding before the extended winter season is done. Previously, it was announced that Mammoth Mountain would be open until at least the Fourth of July. Now it appears the resort will be open into August.

The season’s snow total is approaching 500 inches — and 715 inches at the summit.