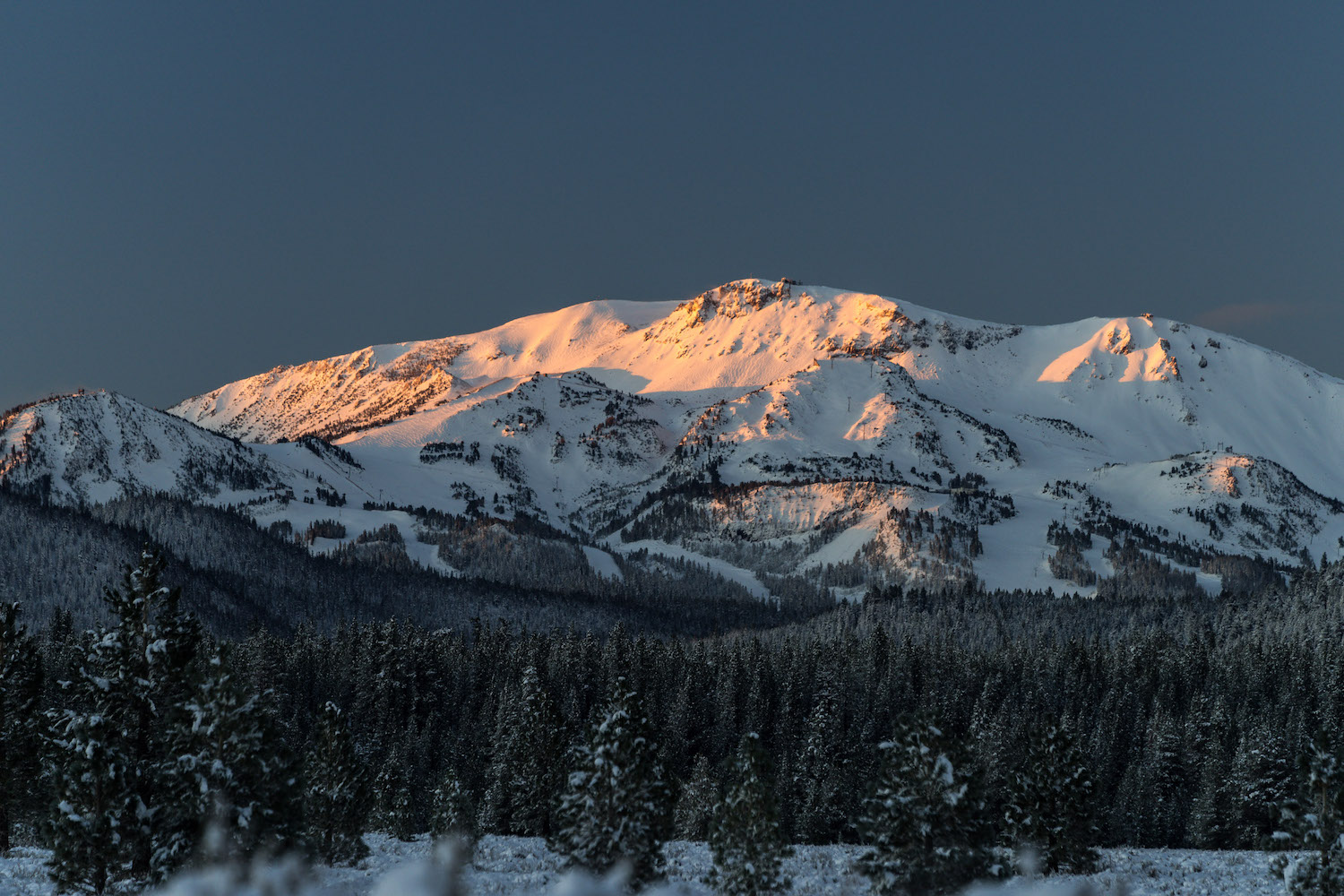 Sunrise was spectacular at Mammoth Mountain on Tuesday, Oct. 26, the morning after a major storm rolled through the Sierras, leaving behind as much as 3 feet of snow at the resort. (Photo by Christian Pondella / Courtesy MMSA)

First chair is just hours away at Mammoth Mountain, which is opening Friday, Oct. 29, for the 2021-22 ski and snowboard season – two weeks early thanks to the “atmospheric river” that brought with it a huge storm on Monday, dumping up to 3 feet of new snow at the resort.

Friday’s opening day festivities include a first chair banner breakthrough at 8:30 a.m., a beer toast at Main Lodge at 11 a.m., and a DJ spinning tunes on the Main Lodge’s sundeck from noon to 4 p.m. Also, the first 50 guests who visit Mammoth Sports at Main Lodge and spend $125 will receive a free commemorative t-shirt.

Broadway Express (1), Face Lift Express (3), Discovery Chair (11) and the Panorama Gondola to McCoy Station are all expected to be spinning from 8:30 a.m. to 4 p.m.

“Pending the weather the next few days, we may also be able to pop the top with access to Cornice Bowl and Road Runner – the crew will be keeping a close eye on winds/temps, and working hard to make this happen if conditions allow,” said a resort spokesman. “We ask that visitors remember that these are early season conditions and obstacles exist. Please stay on open trails and be aware of conditions as they change.”

Originally scheduled to open Nov. 13, this will be the 10th time Mammoth Mountain has opened in October – and the first time since 2009.

In addition to Mammoth, also scheduled to open Friday is Palisades Tahoe, the two newly renamed resorts in North Lake Tahoe. The same storm that hit Mammoth earlier this week dropped more than 3 feet of snow at Palisades, which will be on a weekends-only schedule until Nov. 24, when full-time operations were expected to begin.