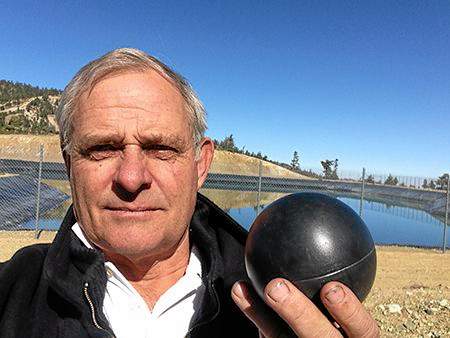 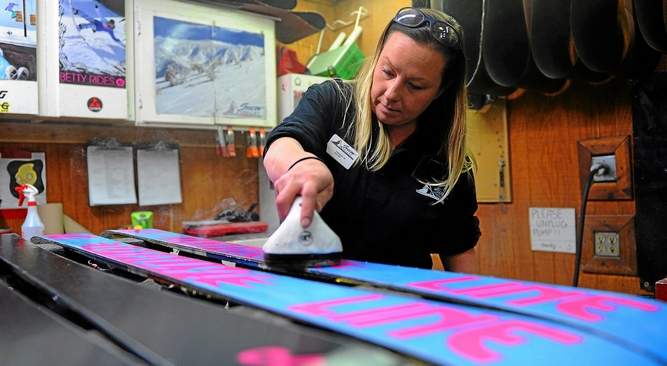 RUNNING SPRINGS >> Morning sun glinted on the snowy ski runs as the thermometer flirted with the high 20s on opening day of Snow Valley’s winter season. And the newly covered slopes of local mountains translated to green – as in money – for those resorts.

Advanced skiers John Reilly and his fiancee, Lesandre Barley, both of Running Springs, celebrated their first day on the slopes Tuesday.

Barley, 31, reported that two runs were open, including The Edge, which is the terrain park.

“For early season conditions, it’s pretty cold. Nick and his snow surfaces crew have done a great job,” Toth said. “Two women are part of the crew, and that’s unique.”

A slightly cooler than normal December has propelled snowmaking ahead of last year, which was slightly warmer than normal for the 12th month of the year, said Steve Travis, a meteorologist for AccuWeather.

“The key to it is what nature is going to bring,” Stone said. “So we are all in a beautiful holding pattern to see what happens.”

Travis said that there will be a gradual warm-up at the end of the week and temperatures should rise to slightly above normal for Sunday and Monday.

During the peak of the warm-up, some of that man-made snow might be melting, he said.

The next chance for natural snowfall in the Southern California mountains will be at the end of next week – but it’s not a sure bet at this point.

“We have a rudimentary sense of what is happening,” and that it might bring cold Canadian air back into the Southland, he said.

Snow-making at Mountain High is going so well that night skiing is expected to begin Friday, the resort reported Tuesday on its website.

Robbie Ellingson, general manager of Mt. Baldy Ski Resort, said that he is hopeful that the beginners’ slope will open this weekend, although the resort has been open for “snow play” since Thanksgiving.

Like other ski slope operators, Ellingson said he is hoping for natural snow.

“Typically, when the mountains are white, we do better,” he said.