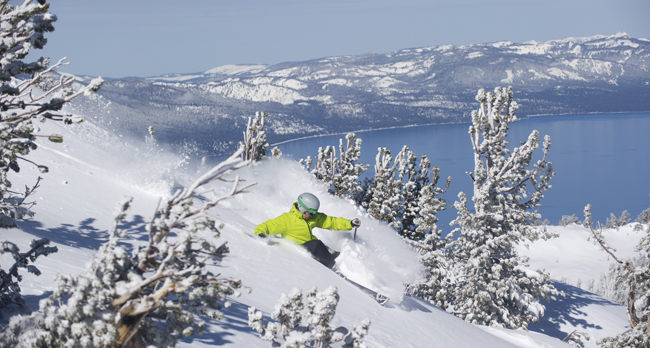 The ski and snowboard conditions at Heavenly are generally prime, thanks to more than 350 inches of snowfall every winter and an expansive snowmaking system. (Heavenly photo)