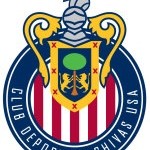 They are midfielders Josue Soto, 24, who last year played for the NASL’s San Antonio Scorpions after being originally drafted by the Houston Dynamo, and Emilio Orozco, 20, an Oxnard native.

Orozco, was a U-17 and U-20 U.S. international, previously with Mexican side Tigres and, most recently, the Fort Lauderdale Strikers.

Chivas USA has been loading up with players of Latino heritage since CD Guadalajara owner Jorge Vergara took over as the MLS club’s sole owner and installed the club’s first Mexican coach.