In the final media availability of the year, Galaxy striker Robbie Keane, whose 15 goals and 11 assists earned him the votes for the club MVP award it was announced today, and Defender of the year Omar Gonzalez reflected on the past season .

“We were too kind of inconsistent, we didn’t deserve it this year,” Keane said, adding that the club’s young players needed another year to mature. “This year will stand them in good stead and next year will be a lot better.”

Keane said he will not go on loan to an EPL club this winter and in fact will undergo two procedures in London starting this week on his longstanding Achilles issue.

Likewise, Gonzalez said he expects to rest a groin issue until the annual January U.S. camp in Carson:

“The last time I went on loan that didn’t go so well,” he said referring to the serious injury he suffered on the first day of training with a German club in January 2012. “I’m still dealing with a little bit of pain in my groin”

Gonzalez, who became a national team regular this year, conceded the rigors of World Cup qualifying, especially the traveling, sapped his stamina this year. On the field, the Galaxy back line needs to tighten up, he said:

“We were a little bit too inconsistent on set pieces and that’s something we have to get right.”

Finally, Keane said he had exchanged texts with Mike Magee after he suggested to Irish newspapers that the former Galaxy striker could qualify to play for the Republic of Ireland via his grandparents.

“His phone has been on fire the last couple of days,” Keane said.

MLS released its 2014 schedule today, the earliest I can recall the league getting organized so we can plan our calendars.

No obvious 2014 vroad trips for Galaxy or Chivas USA fans, however.

The Galaxy schedule is here.

The Chivas USA schedule is here.

And against this backdrop is this week’s column.

The Merseyside derby between Liverpool and Everton gets the weekend’s games under way at 4:45 a.m. on NBCSN (ulp), title contenders Arsenal face Southampton at 7 a.m., while at 9:30 a.m. on NBC it’s West ham united taking on Chelsea.

At 5:30 a.m. Sunday it’s Manchester City-Spurs, while Cardiff City-Manchester United follows at 7 a.m. Both games are on NBCSN.

Preview every game this weekend here.

Missing live soccer already with both the Galaxy and Chivas USA concluding their MLS seasons early?

Chivas USA defender and longtime U.S. international Carlos Bocanegra will be on hand to sign autographs.

More on the Professional Arena Soccer League is here. 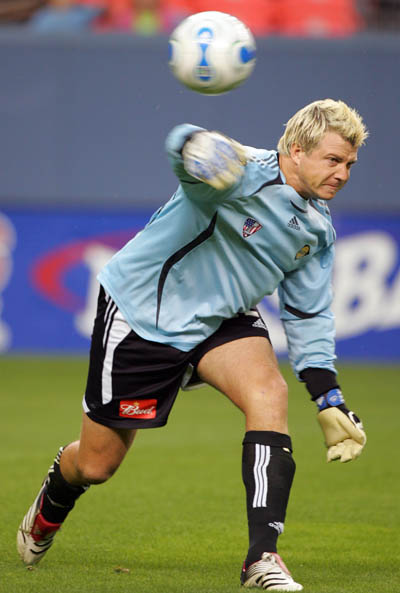 Kevin Hartman in his prime in a Galaxy uniform (Daily Breeze file photo).

At least for one day, so the former Cal State Dominguez Hills and UCLA goalkeeper who grew up on the Palos Verdes Peninsula and spent a decade as a fixture between the posts in LA can retire as a Galaxy player.

The petition is here.

I’m sure the idea is a long shot, but as far as public relations go it’s a worthy effort to honor the only MLS player who made in excess of 400 appearances in the league and won two MLS Cups with the Galaxy before moving to Kansas City.

The mere fact the LA Riot Squad would float the idea shows how well regarded Kevin  Hartman, who officially retired Thursday as a member of Red Bull New York, was regarded by fans in Southern California.

“It has been an honor and thrill to play in Major League Soccer over the last 17 years and I first want to thank my family and friends for their unbelievable support. In addition, I also want to recognize my former coaches, teammates, clubs and most importantly, the fans for being a huge part of this ride,” Hartman said. “It was a privilege to have this dream job and watch soccer and the League grow by leaps and bounds since I began my career. I am truly looking forward to the next stage of my life and am very thankful for the many memories and relationships I have made along the way.”

Hartman, who also made five appearances for the U.S., was affectionately known as El Gato, although I always thought his positioning owed as much if not more to his success as his agility.

Hartman made around 250 appearances for the Galaxy and was also an articulate spokesman off the field in a locker room full of quotable, perceptive players that included Chris Albright, who also retired this season with NYRB.

I still remember sitting with him in the then Home Depot Center stands before the stadium officially opened in mid-2003 with Hartman a little in awe of the stunning soccer-specific stadium he would be playing in before friends and family.

Hartman was always like that: genuine, approachable and a pleasure to watch and talk to.

Whether he retires as a Galaxy player or not, Hartman will always occupy a special place in franchise history.

But General Manager Chris Klein could make himself and the club look good in the eyes of fans by re-signing Hartman, however briefly.

“Kevin deserves to be remembered as one of the all-time greats in Major League Soccer,” said Red Bulls head coach Mike Petke. “Having the opportunity to both compete against him as a player and coach him this season, it is clear to me that Kevin is the ultimate competitor and professional and it was an honor to work with him.”

Not unexpectedly for a club with a mere half dozen MLS victories last season, hapless Chivas USA announced today it has declined to pick up options on or banished back to Guadalajara a slew of players who clearly were simply not up to MLS standards.

A number of them played major roles in the club’s awful season such as midfielder Mejia, who scored just one goal while appearing in 27 of the club’s games.

It’s a question worth asking on a day when Orlando became the 21st MLS franchise and will start play the same season as New York’s Manchester City offshoot.

Somehow I doubt that fans of Manchester United, one of the world’s best supported teams, will embrace the club over Red Bull New York.

With the World Cup looming in Brazil and the MLS season entering its final stages, there’s plenty going on in the world of soccer.

Get caught up with this week’s column.

There’s no column today since I took advantage of the long weekend to take a few days off, but here are few links to get us caught up:

Because with the Galaxy season now over, there are bigger questions to be asked (sort of) like: What do you buy the soccer fan who has (almost) everything for whatever seasonal holiday you celebrate?

How about a pair of Cristiano Ronaldo’s undies (well, not literally, but you get my drift). 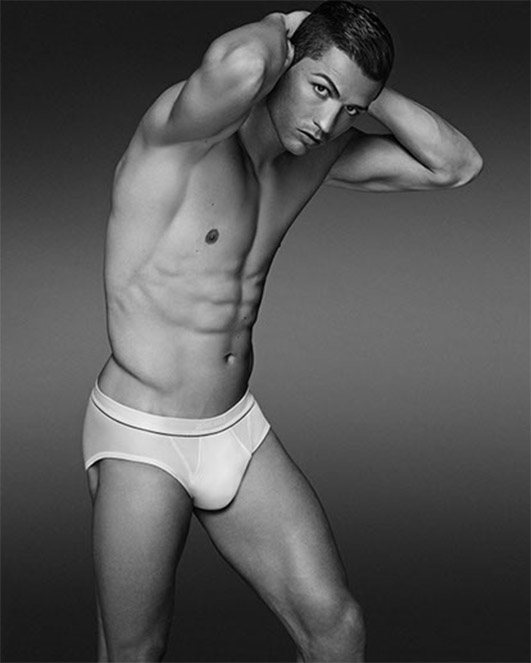 Ronaldo is well-known for his massive, um, ego so perhaps it should be no surprise the Real Madrid midfielder would take a page out of David Beckham’s, um, book and release his own line of underwear (I’ll leave it to the reader to insert obligatory Ronaldo anatomy joke, here).

The CR7 underwear line comes in basic, fashion and luxury and retails and ranges in price from $22 to $30. And, don’t forget to tell mom, there are socks, too.