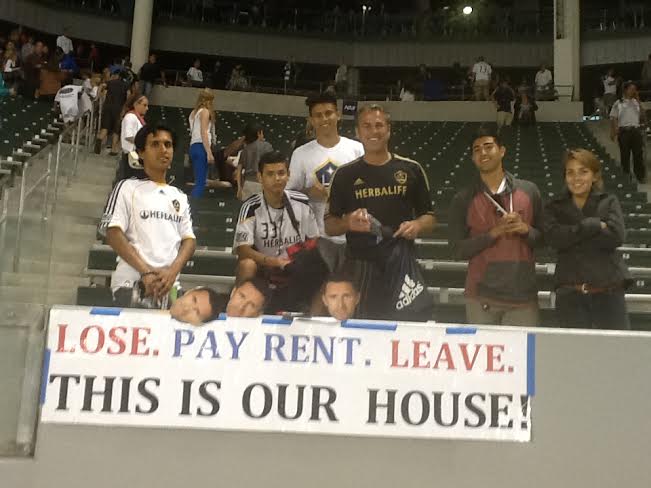 In week three of the #BPL, what are your predictions as we head into the international break? #YouAreFootball pic.twitter.com/ShlohOXiAC

The NBC TV schedule of games is here. (Sadly though, no Labor Day game).

Can United beat newly-promoted Burnley and get back on track? Set that DVR! 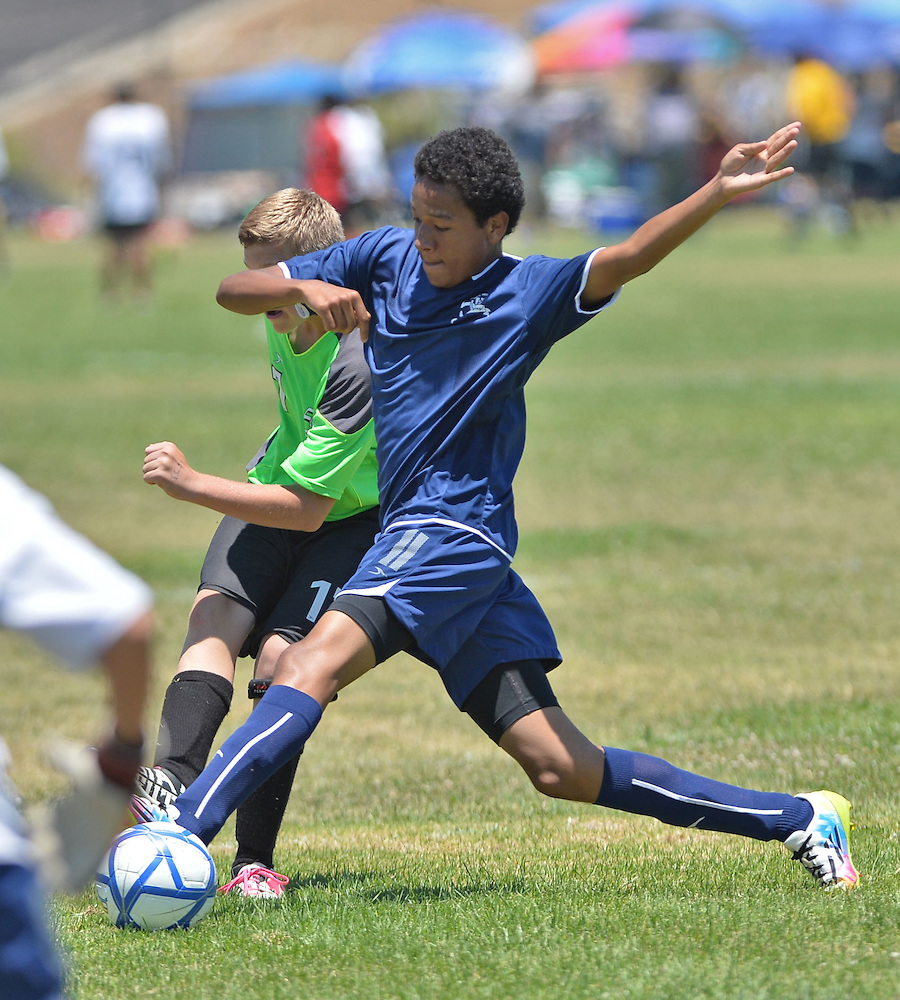 The Galaxy’s game Wednesday night in Carson was all but over by half time as a dominant Los Angeles took a 3-0 lead during the opening 45 minutes of a game against Eastern Conference leaders D.C. United they would go on to win 4-1 ahead of Sunday’s final SuperClasico over Chivas USA.

Defender A.J.DeLaGarza started for the Galaxy in their latest victory, but the real fight for his family begins today with the birth of his first-born son who has a life-threatening congenital heart condition.

You can pick up your very own #LucaKnowsHeart shirts to support @ChildrensLA at the #LAGalaxy Foundation table. pic.twitter.com/evOQ4WKMYM

“I was very happy to get my first MLS goal with my feet instead of my head,” DeLaGarza’s fellow central defender, Maryland graduate and good friend Omar Gonzalez said. “I was pretty surprised that it went in and I just ran over to A.J. to lift my shirt with “Luca Knows Heart.” Tomorrow’s a very important day for him and we’re all going to be here for him. I’m happy to get the win for him tonight so he can focus on what he has to focus on tomorrow.”

Finally, it was a good night for returning striker Alan Gordon, too:

They look like soccer feet to me.. #LucaKnowsHeart ❤️ pic.twitter.com/eQoWnCCFR3

The two most successful clubs in the history of @MLS go head-to-head tonight at 7:30pm: http://t.co/xbxXDjFzqz #LAvDC pic.twitter.com/h799Nf0rTl

There’s a doubleheader of sorts today:

*MLS beat writer Phil Collin has the capsule preview.
*Here’s the (Landon Donovan perspective) from The Washington Post
*In case you missed it, my weekly soccer column is here. 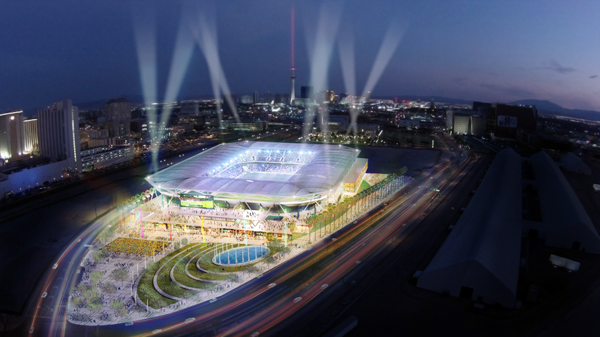 What a soccer-specific stadium might look like in downtown Las Vegas. (Rendering courtesy city of Las Vegas)

Another month, another MLS stadium proposal in Sin City (or so it seems).

The latest would require more than $120 million in public financing, although that would supposedly come from tourists rather than Vegas residents.

And how much would you pay to sit in sweltering heat in August anyway to watch the visiting Galaxy?

We’ll know more after Labor Day when the City Council is scheduled to take a vote on the proposal.

The game in Hartford, Conn., is a friendly against Ecuador and will air live on ESPN.

“For 15 years, Landon has thrilled us with his amazing abilities on the field and impressed us with his gracious approach off the field,” said U.S. Soccer President Sunil Gulati. “We are looking forward to celebrating his legacy during our next home National Team match and allowing fans the opportunity to thank him for all the memories he’s provided over the years.”

There was no quote from Jurgen Klinsmann in the press release, BTW.

Oh, and for the actual column on the upcoming SuperClasico, click here.

This was a more comfortable victory for the Galaxy than the 2-0 scoreline reflected over a Vancouver team seemingly without the self-belief to try for a win in Southern California where the visitors have traditionally performed poorly. Reporter Phil Collin filed the game story.

The result has the Galaxy lurking menacingly just two points behind the trio of Western Conference leaders and putting a seven-point cushion on the fifth-place Whitecaps.

Meanwhile, Chivas USA lost yet again, this time in Boston to the New England Revolution and haven’t scored in five consecutive games.

The Galaxy are leaking goals all of a sudden, while Vancouver is having trouble scoring. The Whitecaps have switched out Torrance for Long Beach in an attempt to change their fortunes in Southern California.

Phil Collin has the game basics.