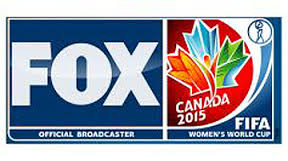 From the Fox Soccer press release:

The six USA matches on FOX and FOX Sports 1 have averaged 5.3 million viewers, +121% better than the 2011 tournament average through the semifinals (2.4 million) on ESPN.

Makes you wonder just how many people in this country will watch Sunday’s final, which features the U.S. against either Japan or England and kicks off at 4 p.m.