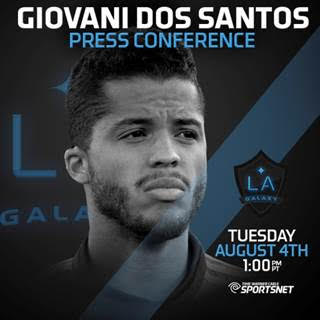 Mexican star Giovani Dos Santos will be introduced to fans and the media at 1 p.m. Tuesday in a press conference from the club’s plush Stadium Club that will air live on Time Warner Cable SportsNet and Time Warner Cable Deportes.