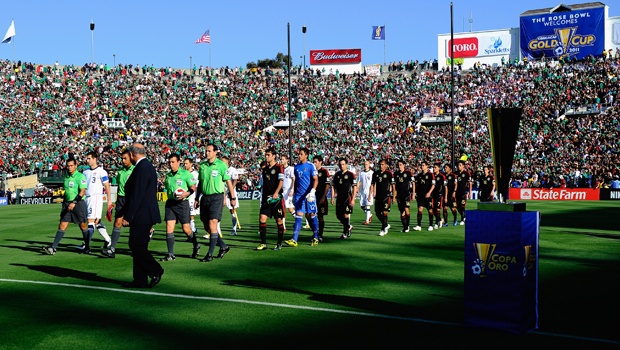 The highly anticipated matchup between Mexico and the United States is the biggest international soccer match on U.S. soil this year, and the race for tickets may be just as hotly contested as the game.

The first round of ticket lottery winners for the CONCACAF Cup match on Oct. 10 at the Rose Bowl was announced Wednesday. If you haven’t gotten the email yet, don’t worry: CONCACAF will announce lucky lotto winners Thursday and Friday in addition to those who received tickets Wednesday.

Those who win the lottery should be ready to dig deep in to their bank accounts, though. Official tickets purchased through Primesport.com run from $107.10 each to $600. On the secondary market, midfield seats at the Rose Bowl will run you up to $5,000 a pop with a parking pass alone costing $208.

Lottery winners will receive a one-time code to purchase their tickets through Ticketmaster. All codes are valid until 11:59 p.m. PDT on Friday, Sept. 18 and grant the lottery winner the opportunity to buy up to six tickets. Tickets are required for all children over the age of 2.

If Friday comes and goes, and you’re still without a lottery code, there will be a limited amount of tickets available on Sept. 29 at 10 a.m. PDT.

But on the first day of the lottery, there are plenty of happy fans with their tickets in hand already:

Got my tickets!!!!!! MEXICO VS USA! #CONCACAFCup