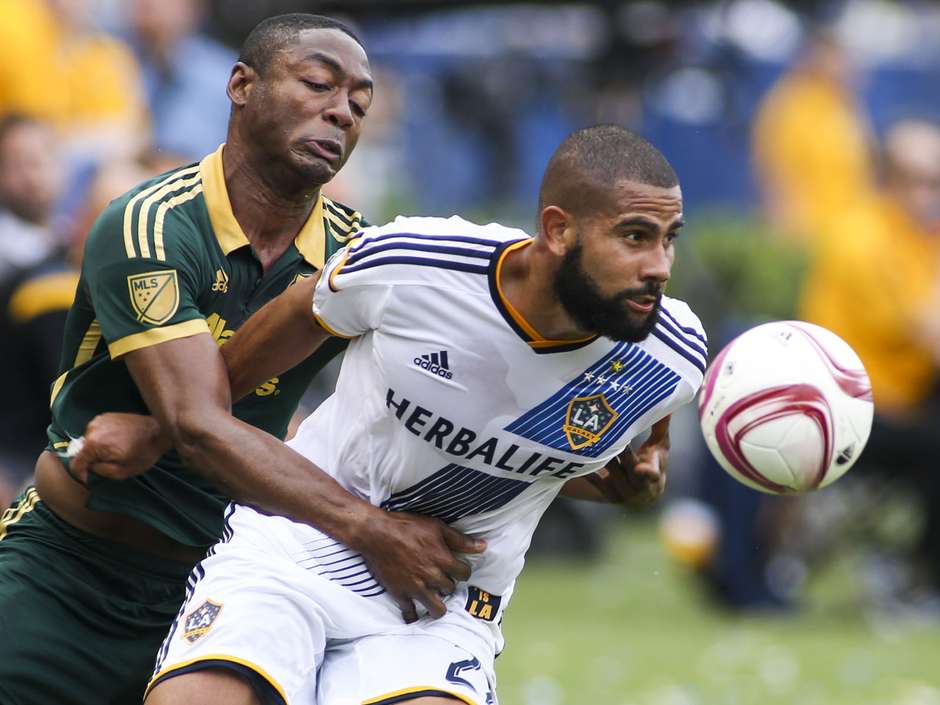 Portland was fighting for its playoff life and played like it in the second half, while the Galaxy disappointed in their final regular-season home match.

“It doesn’t matter what’s at stake, if you’re playing in front of your supporters, it’s got to be better,” midfielder Steven Gerrard said of whether this game meant more to Portland. “We’ve got to be more physical, we’ve got to be tighter as a unit and defend better all over the pitch.

The Galaxy still control their own destiny, but to guarantee their first-round bye, they’ll need to win on the road against Sporting Kansas City, who have lost only once at home this year.

L.A. can finish as high as second in the Western Conference or as low as sixth. The easiest solution to the complicated web of possibilities would be to win on Oct. 25 against Sporting and get the No. 2 seed, but there are other ways the Galaxy can get around the knockout round as well: 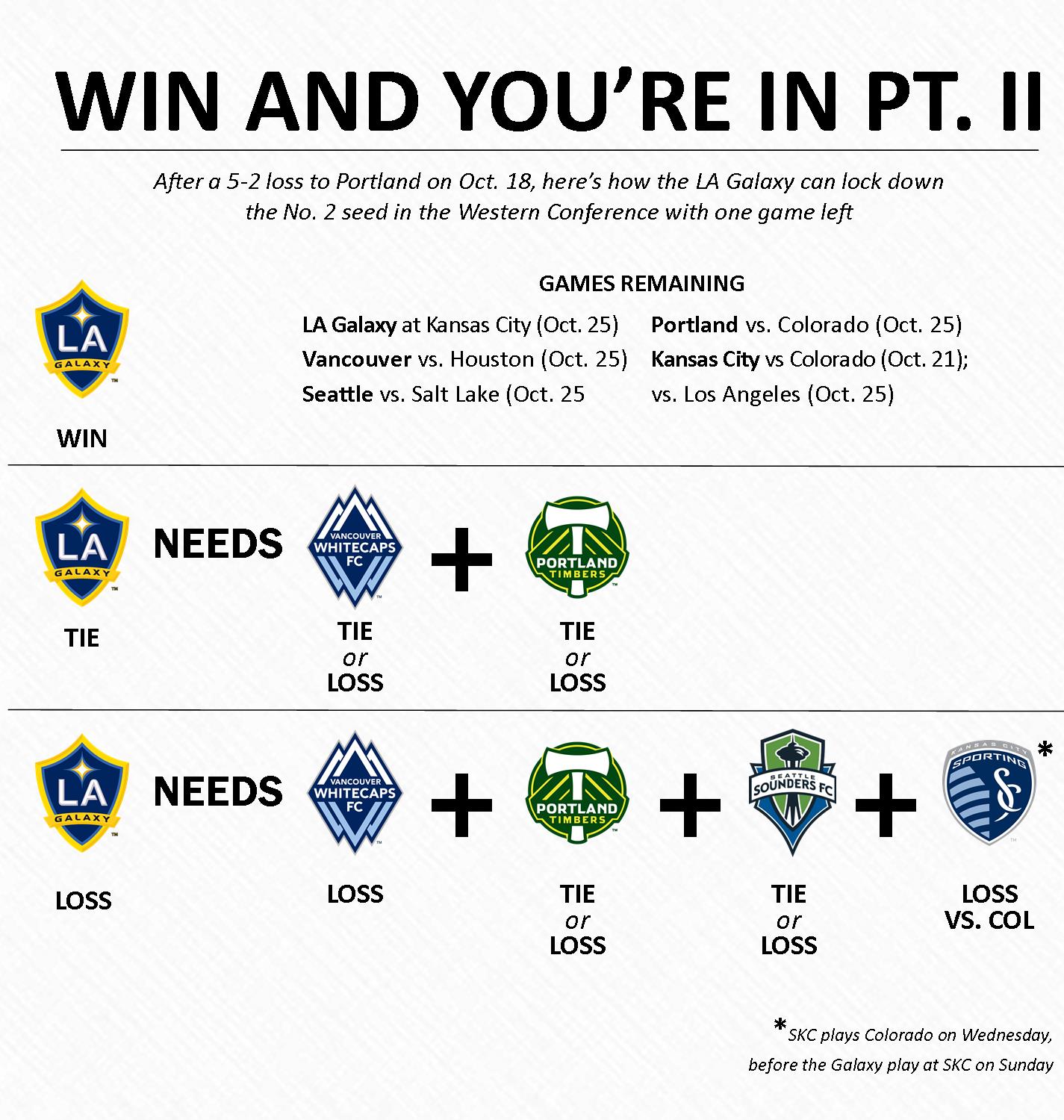 Corrected to show that LA would need SKC to lose to Colorado on Wednesday instead of a loss or a draw if LA were to lose to SKC. (Graphic by Thuc Nhi Nguyen // LANG)

The Galaxy were the hottest team in the league after a 5-1 drubbing over New York City FC in August, but are 1-3-2 in their six MLS matches since. The only team they beat during that run was FC Dallas, the team currently leading the Supporters’ Shield race and the No. 1 seed in the Western Conference.

Before the Galaxy’s game against Seattle a few weeks ago, defender A.J. DeLaGarza said the team was “too soft.” It didn’t win enough tackles, he said, to win games and play good defense.

DeLaGarza was hurt for Sunday’s game against Portland, which was why Dan Gargan got the start at right back, but that sentiment held true. Portland out-muscled L.A. and didn’t back down. Whether the Galaxy can match the physicality of opponents in the playoffs will be a major indicator of their success.

“I think if our physical effort is like it was tonight, we wouldn’t win too many games,” head coach Bruce Arena said. “We were purely physically dominated in every position.”

4′ Strong start for the Galaxy

50′ – Valeri serves in corner and Ridgewell heads it off the crossbar! #robbed #RCTID

84′ The King starts a comeback?

90′ One more for good measure

And to the victors go the spoils a.k.a. celebratory Twitter pictures

A night to forget. The good thing is we have one more game to get it right before playoffs. #WakeUpCall — Omar Gonzalez (@Omar4Gonzalez) October 19, 2015