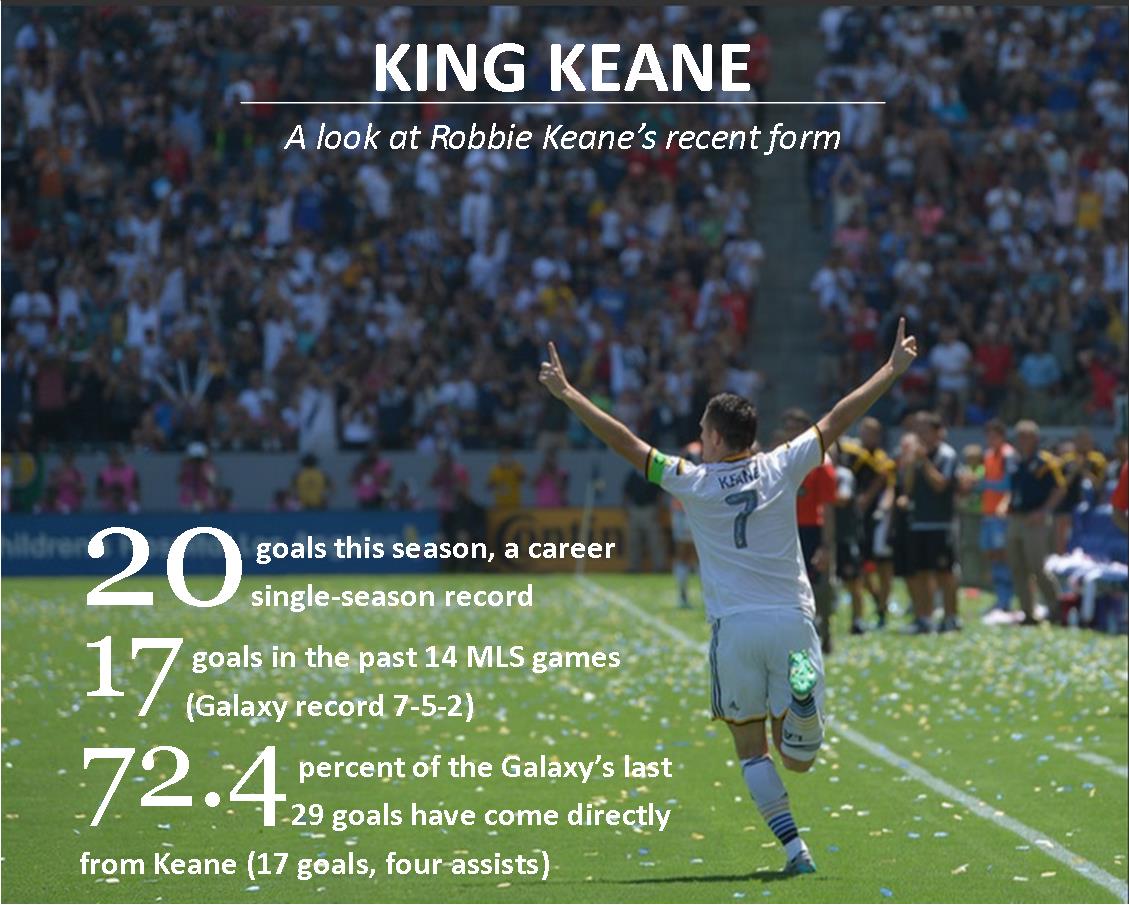 Things we know for sure: Robbie Keane is doing just fine this season. The reigning MLS MVP has scored more goals this season (20) than he did last season, and did it in fewer games. After he scored the equalizer against Sporting Kansas City on Sunday, ESPN broadcaster Adrian Healey asked on the broadcast: “Robbie Keane, where would they be without him?”

It’s probably best for the team to not even think about the answer to that question.

Sebastian Lletget is the next leading scorer on the team with just seven goals. Lletget hasn’t scored since Aug. 23 against New York City FC.

Other key numbers for tonight’s knockout round: