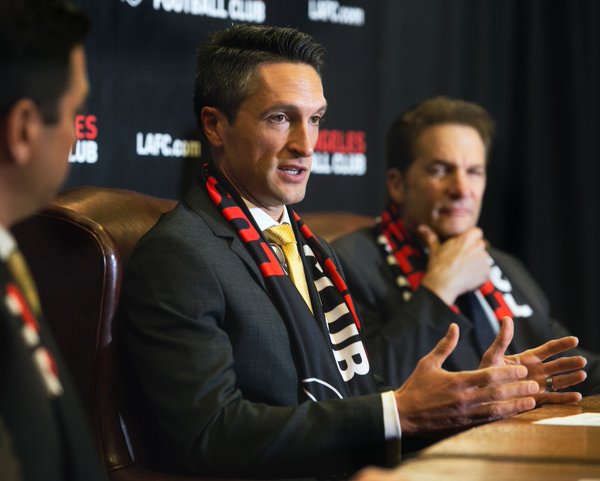 In its first hire on the technical side, LAFC named John Thorrington to Executive Vice President of Soccer Operations on Tuesday.

In his new position, Thorrington, 36, will oversee player and personnel decisions leading up to LAFC’s inaugural season in 2018.

“The teams that fans most readily and most passionately identify with are those that represent what is great about their city,” Thorrington said at Tuesday’s press conference at Exposition Park near the proposed site of the team’s stadium. “And that is exactly the type of team I intend to build — a team that will excite our fans, make our fans proud and deliver a championship-caliber team to those fans.”

John Thorrington talks about taking inspiration from other MLS expansion clubs as he builds LAFC, what he wants his team’s on-field product to be and who he will rely on to shape the club.