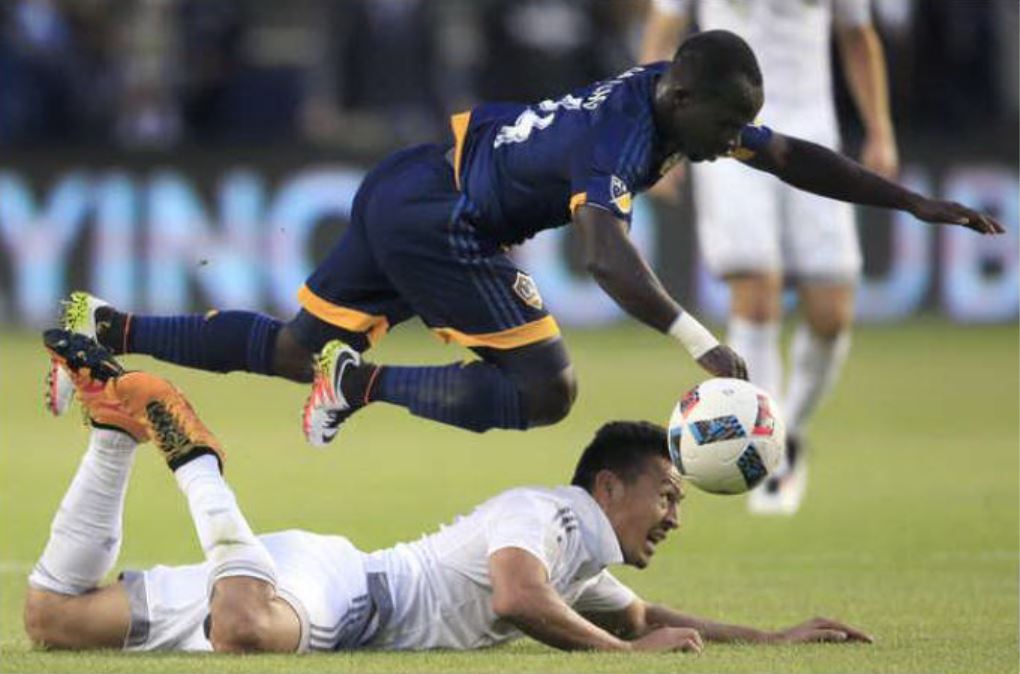 The L.A. Galaxy escaped Kansas City, Kan., with one point in a 1-1 draw after getting outplayed and outmanned by Sporting Kansas City.

“I don’t think we played well today,” Galaxy head coach Bruce Arena told reporters after the game. “We had a lot of issues with this game today. It’s a point. We are going home. We are not looking back.”

For the third straight game, Giovani dos Santos scored for the Galaxy, this time putting yet another beautiful chip shot into the back of the net. The Mexican international has scored four goals in the past three games as he is now returning to full fitness after injuring his left quad in the season opener.

Dos Santos’ goal in the 42nd minute answered an equally amazing shot from Sporting’s Brad Davis that came in the 30th minute.

While Sporting dominated possession and outshot L.A. 16-4, the Galaxy held on for their sixth straight undefeated game, even after defender Ashley Cole was ejected in the 70th minute for earning a second yellow card. The English left back was booked for time-wasting in the 69th minute on a throw-in, then ejected just seconds later on a tackle.

Arena was certainly not pleased with the situation.

“I have no idea (what happened),” Arena said. “We need to publish Law 18 and make a lot of copies of that and send it off to everyone involved. Do you know what Law 18 is? Law 18 is common sense. That’s the law we definitely violate in every game.”