The vote for Galaxy player of the year went to the fans this year and they selected Giovani dos Santos.

Dos Santos scored 14 goals with 12 assists in 28 games for the Galaxy.

“He had a very good year obviously. His numbers tell you that. He had 14 goals on the year 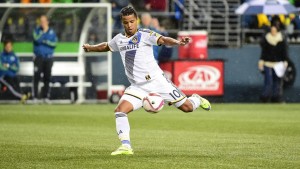 Jelle Van Damme was selected Defender of the Year. In his first year with the club and Major League Soccer, Van Damme made 28 starts and helped lead the Galaxy defense to a stingy 39 goals allowed.

Ethan Zubak was the LA Galaxy Academy player of the year.