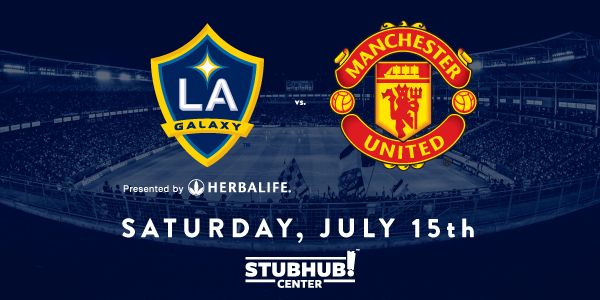 . @1DanKennedy was a huge part of what made Chivas USA a good team for several years, and a fun place to work. Congrats and good luck! https://t.co/wpR4oyeCPA 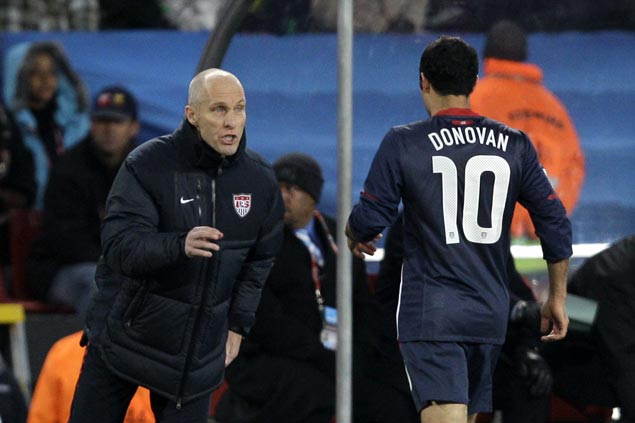 There goes any chance of the Galaxy snagging former Chivas USA goalkeeper Dan Kennedy, as some fans who have messaged me lately had hoped (unless the club attempts to trade up, I guess).

The Galaxy will pick 16th out of the 20 MLS clubs when the draft is held Wednesday.

Also, MLS has announced a special pre-sale for its noon Dec. 7 title game, set for either Carson or Seattle, depending on whether the Galaxy or Sounders prevail in the Western Conference semifinal. The code is CUP5. Details here.

The draft is set for 1 p.m. that day to be conducted with all 20 MLS clubs in a teleconference.

MLS, in participation with all 20 clubs, will conduct a weighted draw on Friday, Nov. 14 to determine the draft ranking. Using an envelope method, the MLS clubs that qualified for the 2014 MLS Cup Playoffs will receive one envelope, while all non-playoff teams, along with 2015 expansion teams New York City FC and Orlando City SC, will be given two envelopes

Incidentally, more on the MLS future — or not — of former Chivas USA striker “Cubo” Torres is here. 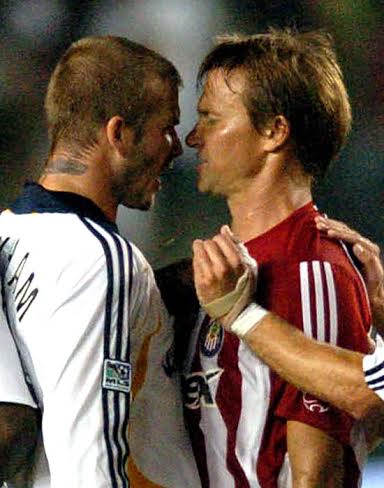 In your face: David Beckham and Jesse Marsch go nose-to-nose in the heyday of the LA SuperClasico (File photo).

The Golden Age for defunct MLS club Chivas USA was the trio of seasons it advanced to the playoffs back when the likes of hard-nosed Jesse Marsch patrolled the midfield, now EPL goalkeeper Brad Guzan was between the sticks and Cuban defector Maykel Galindo was banging in the goals for the Goats.

Marsch went on to an abbreviated coaching career for the expansion Montreal impact, but didn’t appear to get a fair shake from management.

If the new LA MLS club wants passion and commitment it could do a lot worse than Marsch, who was all about that during his inspirational Chivas USA career.

Full disclosure: Founder of Chivas USA fan group Black Army John Sadante made the suggestion during a conversation we had Sunday ahead of Thursday’s announcement about the MLS replacement for Chivas USA.

Anyone willing to kick a little butt is likely to inspire crowds like Chivas USA once saw back in the club’s Preki-led heyday. What do you think? 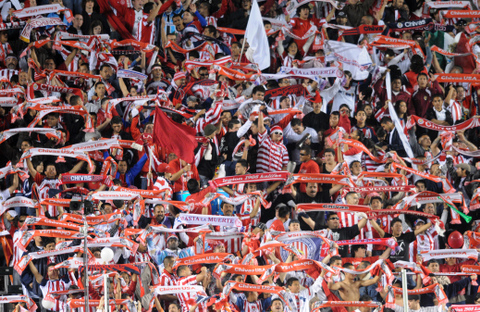 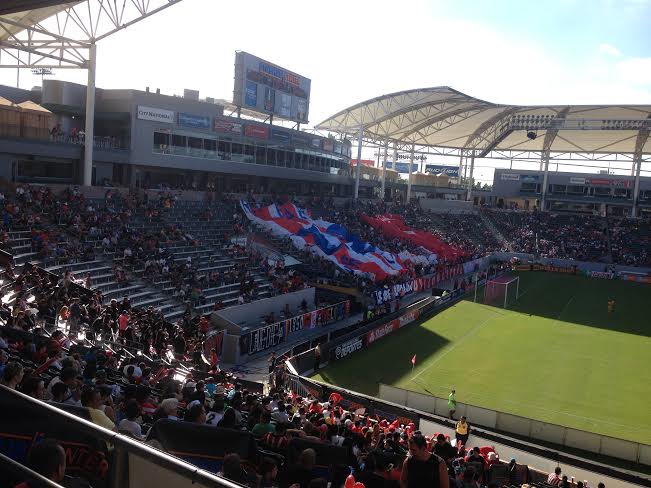 Here’s the press release in full that was just released by MLS:

The decision on Chivas USA was made unanimously by the MLS Board of Governors, after a comprehensive review of the League’s strategy for the Los Angeles market. As a result of this decision, the League will play with 20 clubs in the 2015 season.

“As part of our new strategy for Southern California — a major hotbed of soccer participation and fan support — we believe that engaging with a new ownership group which has the resources and local community ties, and a plan for a dedicated soccer-specific stadium, provides us with the best chance for success,” said MLS Commissioner Don Garber.

With the addition of Orlando City SC and New York City FC in 2015, MLS will have 20 clubs for the league’s 20th season and will feature a new conference alignment. Most notably, the Houston Dynamo and 2013 MLS Cup Champions Sporting Kansas City will move to the Western Conference, creating two 10-team conferences.

“Real change has been needed for many years with respect to the Chivas franchise. Therefore, we are not surprised by today’s announcement.

The cessation of operations presents obvious challenges for the former Chivas players, and we are working with the league to make their transition to other teams as smooth as possible. Fortunately, with two new teams starting league play next
year, there will be more opportunities for these players to continue to showcase their talents in MLS.

So here is step one. @thesoccerdon writes a letter http://t.co/MIGllQO6Nq Now step two, lets get in contact with new owners on Thursday.

LANG MLS beat writer Phil Collin has more here, while this week’s soccer column on the demise of Chivas USA is here.

The MLS launch of the new Los Angeles team and ownership group is set for 11 a.m. Thursday in Hollywood.