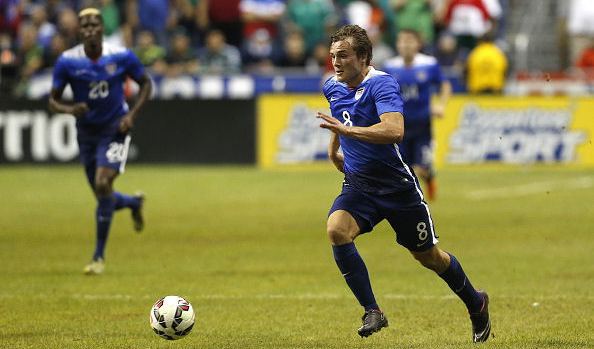 SAN ANTONIO, TX – APRIL 15: Jordan Morris #8 of the United States advances the ball against Mexico during an international friendly match at the Alamodome on April 15, 2015 in San Antonio, Texas. (Photo by Chris Covatta/Getty Images)

The U.S. under-23 men’s national team won its first game in the Olympic Qualifying Tournament on Thursday, beating Canada 3-1 in Kansas City.

A brace from Stanford’s 20-year-old star Jordan Morris sent the United States to the top of Group A. Morris scored in the first minute and the 73rd minute while Luis Gil tacked on a penalty goal in extra time.

Canada got its lone goal in the 80th minute.

Cuba and Panama, the other two team in Group A, played to a 1-1 draw on Thursday. 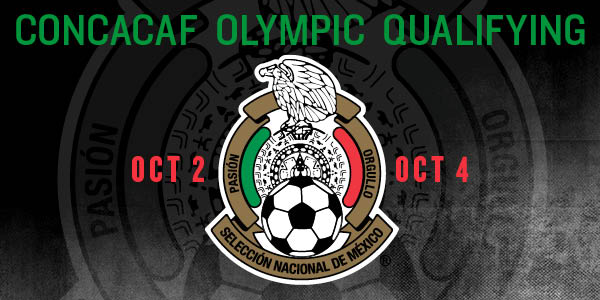 Women’s soccer is more important to the Olympics than men’s soccer with the tournament devoted to U-23 teams, most world powers all but ignore it in favor of the World Cup and media coverage is at best subdued.

While the U.S. anonymously opens its campaign against Canada tonight on a minor TV channel in the Midwest, El Tri will take center stage in the nation”s largest Latino market, Southern California for the next 10 days, a span that will also include the massive Confederations Cup playoff in Pasadena. 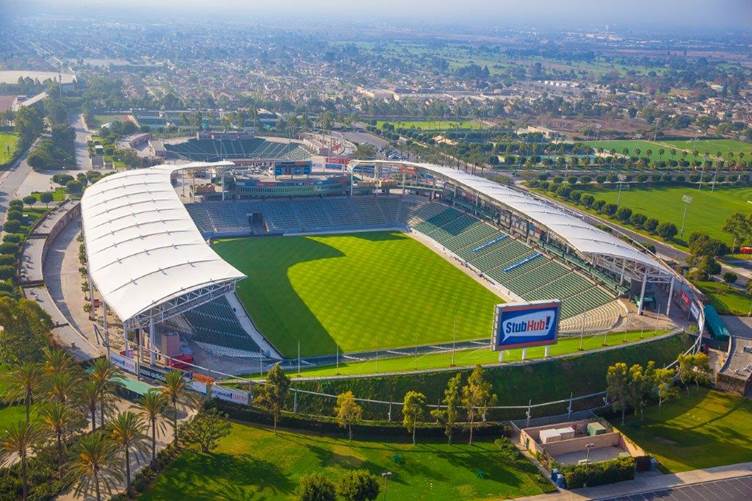 Instead, it’s proposed that rugby players will rip up the turf during the MLS season.

A total of eight teams will compete in the tournament: three from North America (direct qualifiers: Canada, Mexico and the United States), three from Central America and two from the Caribbean. The USA was seeded as the tournament host in Group A. Mexico, the defending Olympic Qualifying Tournament champion and 2012 Olympic gold medalist, was seeded in Group B.The rest of the teams will be placed into the groups at the Olympic Qualifying Tournament draw, which is set to take place Aug. 18 in Los Angeles.

Read more here. And before anyone asks, it doesn’t appear all three goals are available on YouTube

From the U.S. Soccer press release:

In six matches between the U.S. U-23’s and Mexico since 1992 (when Olympic soccer was first designated as an Under-23-tournament), the USA has gone 5-2-0, including a victory during the squads last matchup on Feb. 29, 2012 by a score line that has become familiar for these two rivals: 2-0.

Mexico, the defending Olympic champion, went an undefeated 10-0-1 in its 11 matches in 2012 on the way to the gold medal and will look to continue that success with the 20-man roster it has brought to Carson for this match.

The 2015 CONCACAF Men’s Olympic Qualifying championship will be played in the United States from Oct.1-13. 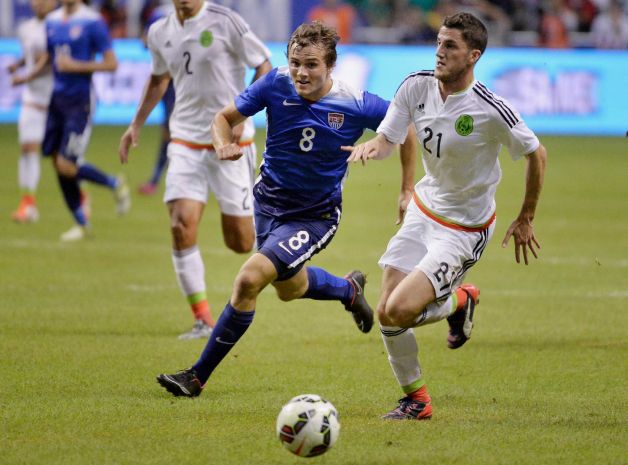 Magic Morris: After scoring the winner on his USMNT debut against Mexico, Jordan Morris will attempt to repeat the feat Wednesday in Carson for the U-23 team (AP Photo)

In a move that should add a twist of intrigue to Wednesday’s U-23 pre-Olympic qualifying tune-up in Carson against Mexico, USMNT and Stanford star Jordan Morris was named to the roster Monday along with the Galaxy’s Jose Villarreal and Oscar Sorto.

Morris scored the first goal in the 2-0 U.S. win over Mexico last week of course:

Tickets are still available; the game is also live at 8 p.m. on UniMas.

MLS beat writer Phil Collin watched the Galaxy stretch their home unbeaten streak to 25 games Saturday with a lucky last-minute winner by Omar Gonzalez with virtually the last kick of the game.

Next for the Galaxy: at New York Sunday against the Eastern Conference-leading Red Bulls, the only remaining undefeated team in MLS this season. The Red Bulls beat the San Jose Earthquakes over the weekend. 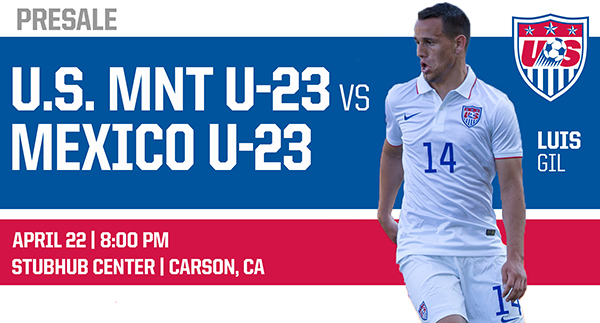 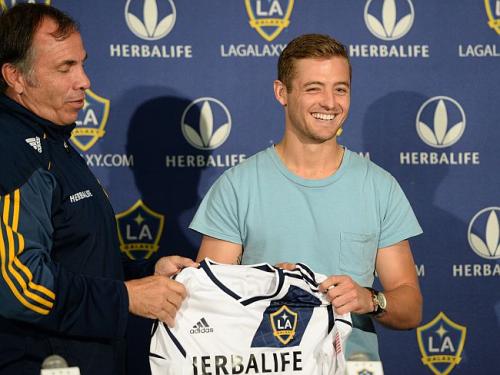 Robbie Rogers, who grew up on the Palos Verdes Peninsula and became the first openly gay athlete in MLS when he signed for the Galaxy earlier this year, has addressed the issue of Russia’s anti-gay laws against the backdrop of the forthcoming Olympics in this USA Today column.