Tip of the hat to Why Evolution is True.

Nothing like getting the last laugh — while also getting paid for it.

It was that kind of day for Brazil (and its sponsors).

Experience the collective sadness of a mortified nation here.

Speaking of bad timing: who will go to this event in Carson on the eve of the World Cup final now? 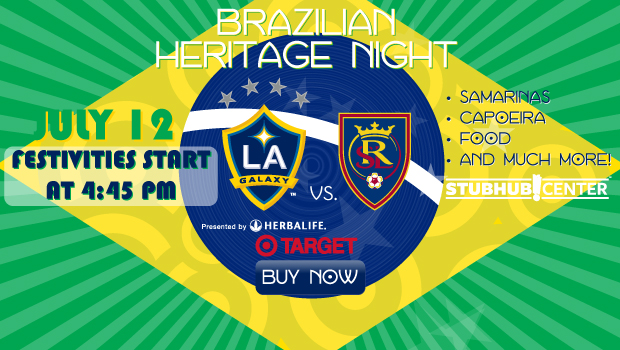 My wife has been fascinated by the televised art of arm-folding before World Cup games.

Turns out the folks at Slate were too and filed a blog post complete with hilarious GIFs.

Check it out here.

We’ll start with the worst, which is this YouTube video distributed by the Girl Scouts of America to media types Friday to pump up cookie sales.

That’s right, an organization that purports to build “girls of courage, confidence, and character, who make the world a better place” is exploiting a violent incident seen around the world by a racist repeat offender like Luis Suarez.

“Have you ever wondered what Girl Scout Cookies do in their off-season?” read the accompanying press release. “Girl Scout cookies are biting back and staying active in the off season with a little help from the World Cup!”

In a word: tasteless

And here’s the best, from online casino Betfair, which has a whole host of creative Suarez bets including:

What will be the nationality of the next person bitten by Luis Suarez? 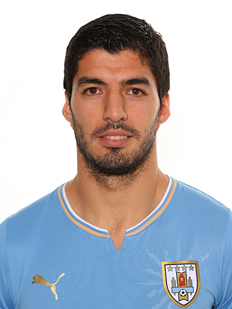 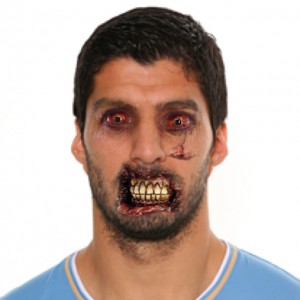 It’s crunch time as Luis Suarez bites back against Italy.

The Uruguayan forward has apparently gone from the upper photo to the lower one over the course of the World Cup tournament.

Pressure will do that to you I guess  — or stupidity — given his controversial actions at the World Cup today.

Pass the brains, Luis (if you have any).

The gory details of the story are here.

Want to zombify yourself? Go here.

Here’s more on the twitter reaction to the incident: