The Galaxy is in Vancouver tonight for a meeting with the Whitecaps. Tonight, could be the first time this season and first time since last

August that the club could have Giovani Dos Santos and Gyasi Zardes on the field together.

The Galaxy is on turf tonight and that could ultimately be the deciding factor if Onalfo uses both players.

Tune in at 7 on Spectrum SportsNet and see who will be in the starting 11.

Return of Dos Santos and Zardes will benefit Galaxy 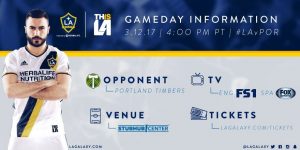 No. Gyasi Zardes. No Ashley Cole. No Jermaine Jones. No. Dave Romney. No Robbie Rogers.

Other than that, things are looking good for the Galaxy as they prepare for the second game of the season today against the Portland Timbers.

Jones and Romney were both hit with one-game suspensions and will miss today’s game.

Portland scored five goals in their season opener last week. The new-look Galaxy defense could be in a rough day.

Did the bye week come at the right time for the Galaxy? 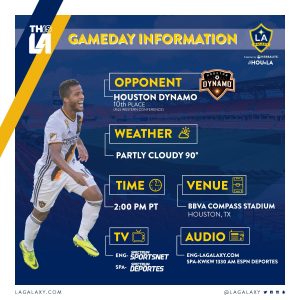 The true answer probably won’t be available until at least after today’s game at Houston (2 p.m.; Spectrum SportsNet). The Galaxy begins today in third place in the Western Conference on 48 points. There is the possibility that the club could end the day in fifth place.

If the Galaxy can clinch either third or fourth place, then they will host the knockout round game. If they’re fifth or sixth, then it is on the road as was the case last year.

“I don’t think we’ve lost any confidence,” Galaxy defender Daniel Steres said. “I think it helped having these two weeks to regroup, sort some things out, get together as a team and decide where we want to be in the next few months.”

To complicate matters, the Galaxy encountered travel issues out of LAX Saturday, with their plan being delayed several times.

Galaxy trying to put it together ahead of playoffs 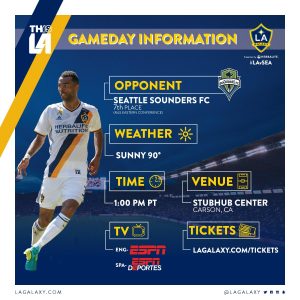 After a dismal August that the club go winless, the Galaxy hope to kick off September with a coveted and much-needed three points with Columbus Crew SC in town tonight (7:30 p.m.; Time Warner Cable Sports Net). 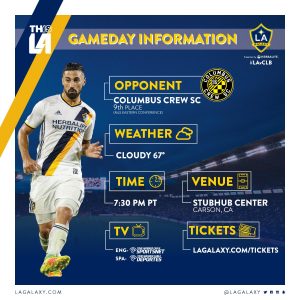 Who knows what tonight holds in store. See you there.