U.S. and Mexico will rekindle their CONCACAF rivalry Sunday in a big World Cup qualifier from Azteca Stadium.

Here are locations where you could catch the game with fans of either country. Photo courtesy of the L.A. Galaxy. 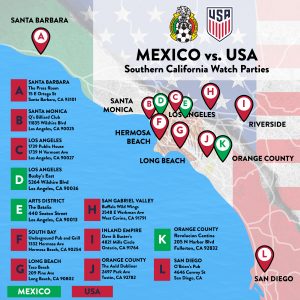