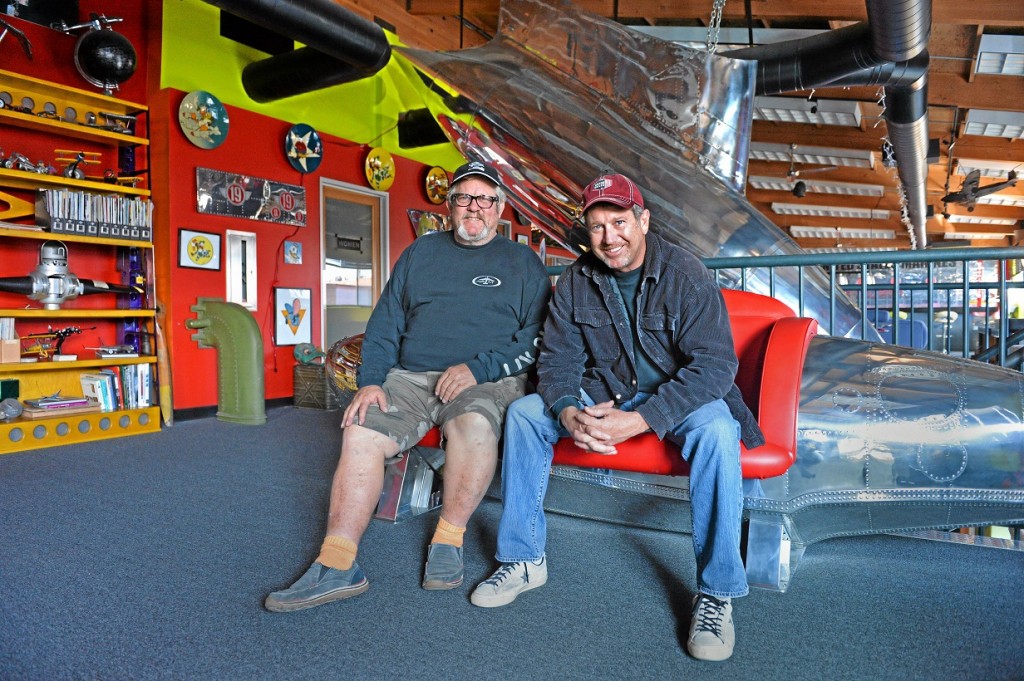 For more than a decade, Donovan Fell and Dave Hall have driven to the Mojave Desert to chop up old airplanes and turn them into furniture that costs more than your car. 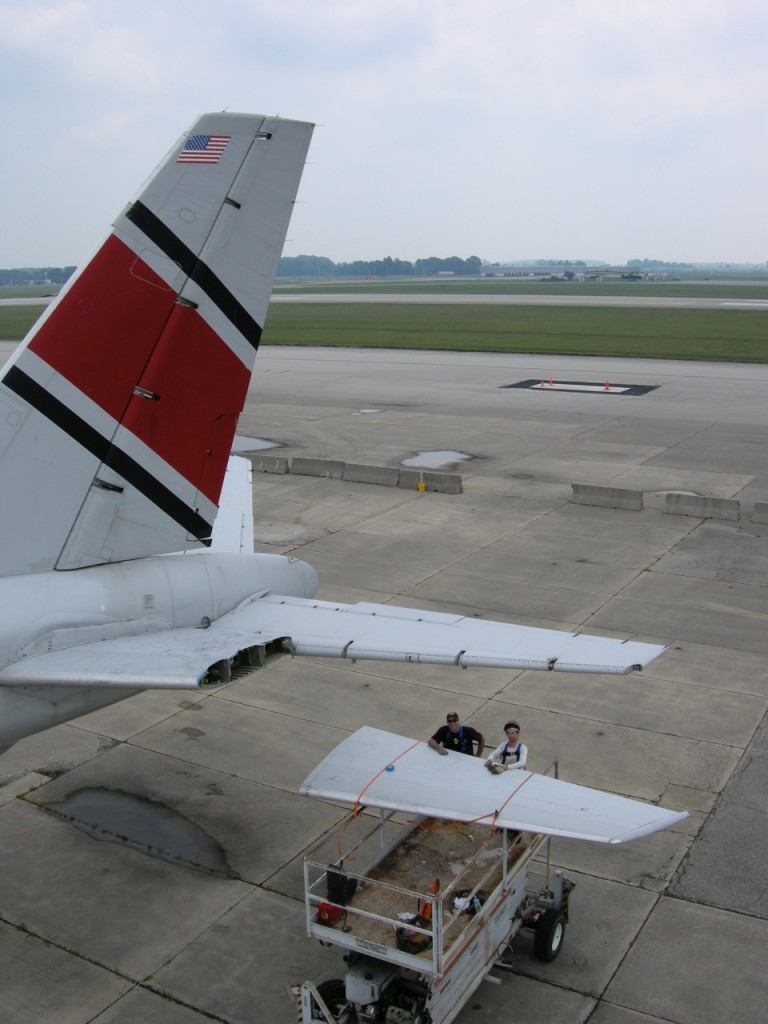 MotoArt, which started 13 years ago in Hall’s garage in Torrance, has turned into a international brand, with show rooms in China, Australia, Italy, Maryland and El Segundo. 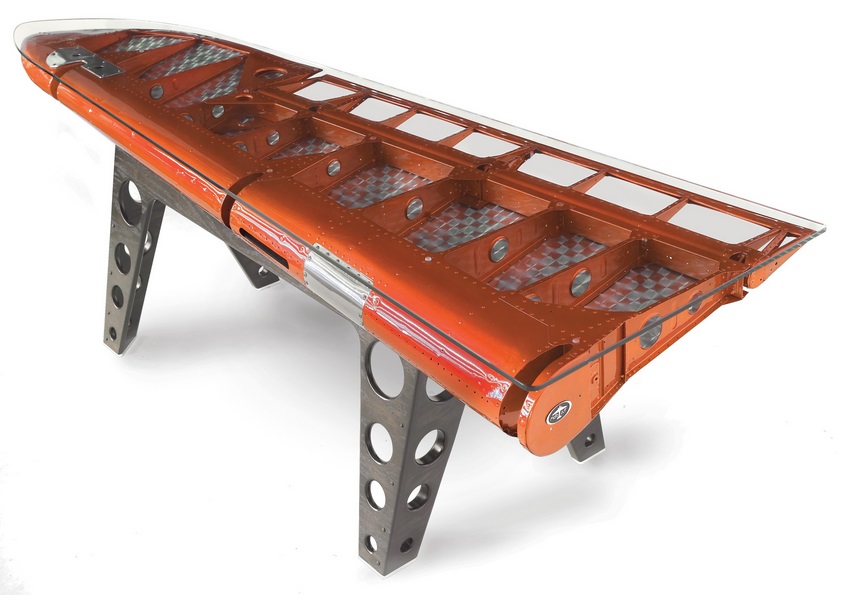 The company does several million dollars in annual revenue, mainly selling to corporations and wealthy creative types that can afford $30,000 conference rooms desks and $8,000 coffee tables. 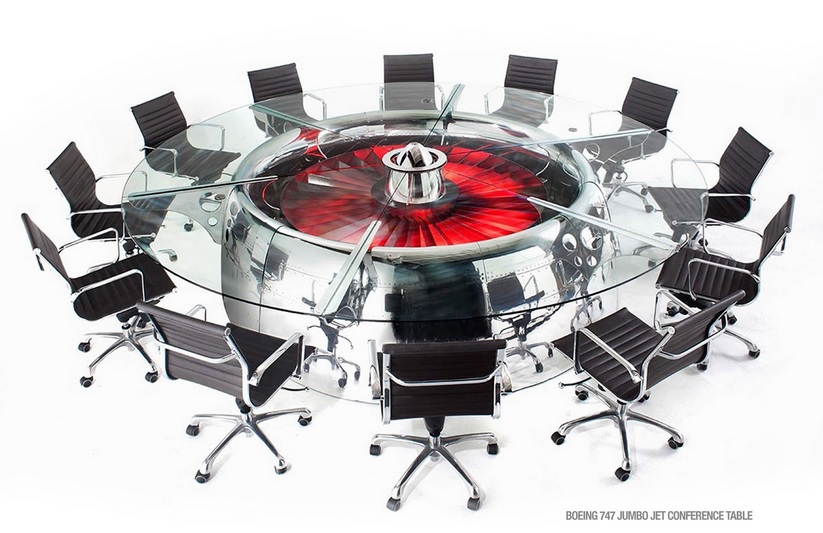 They get 20 to 30 calls a day from interested buyers, Hall said, and year-over-year growth has always been in the double digits, even during the recession.

“Rich people make money whether the economy’s up or down,” Fell said. “So we have customers no matter what.”

The most prized items are built with parts from old military planes, but those parts are getting harder to find. After the terrorist attacks on Sept. 11, 2011, the government banned the sale of retired military planes. 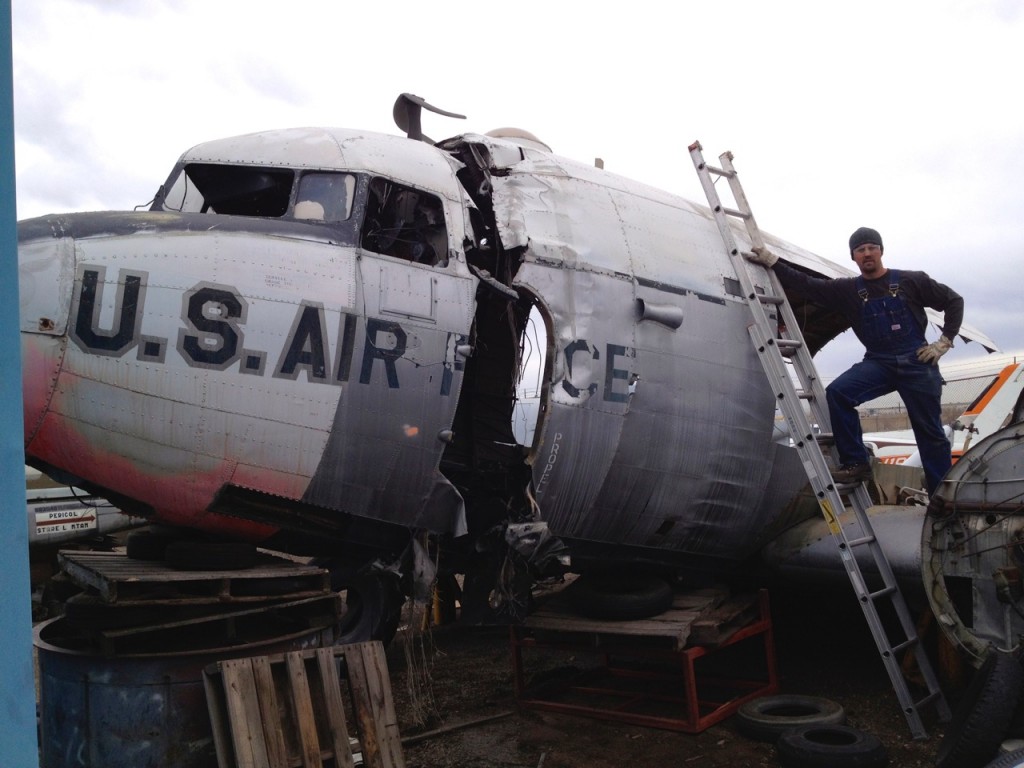 Fell and Hall found this C-47 military plane, busted by its own propeller. 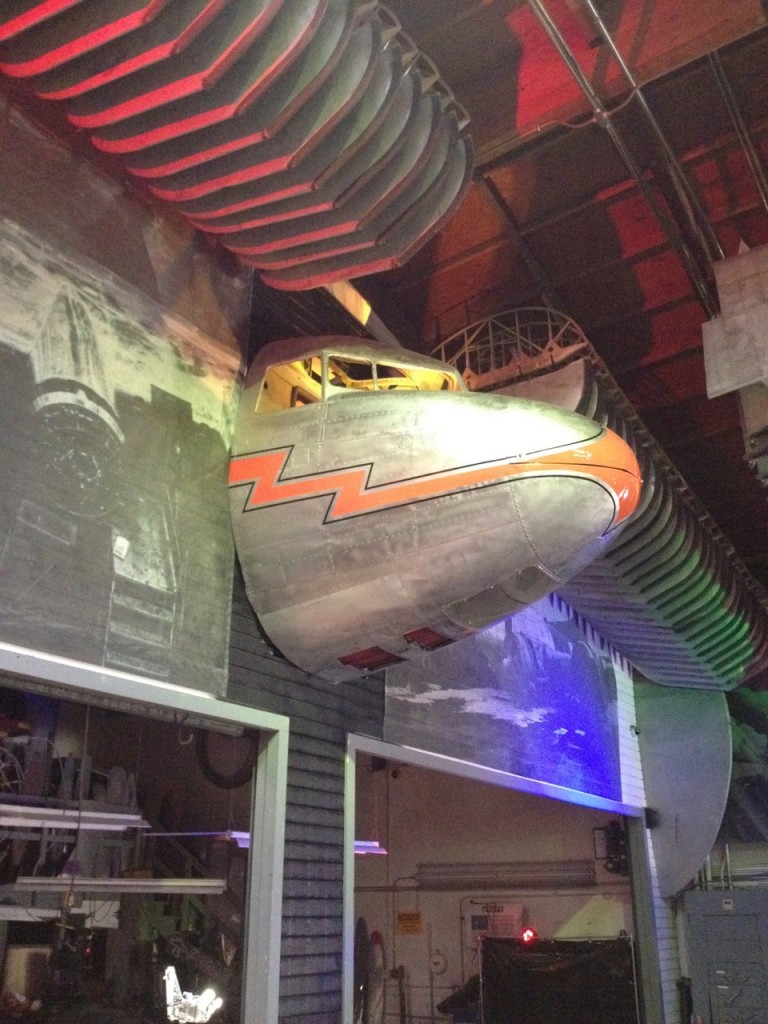 Now it’s a DJ booth / big-game trophy in their garage.

MotoArt used to get most of their supply from airplane “bone yards,” as Hall described them, in Mojave, Victorville and Goodyear, Arizona, but now they mostly look internationally, or use civilian aircraft. 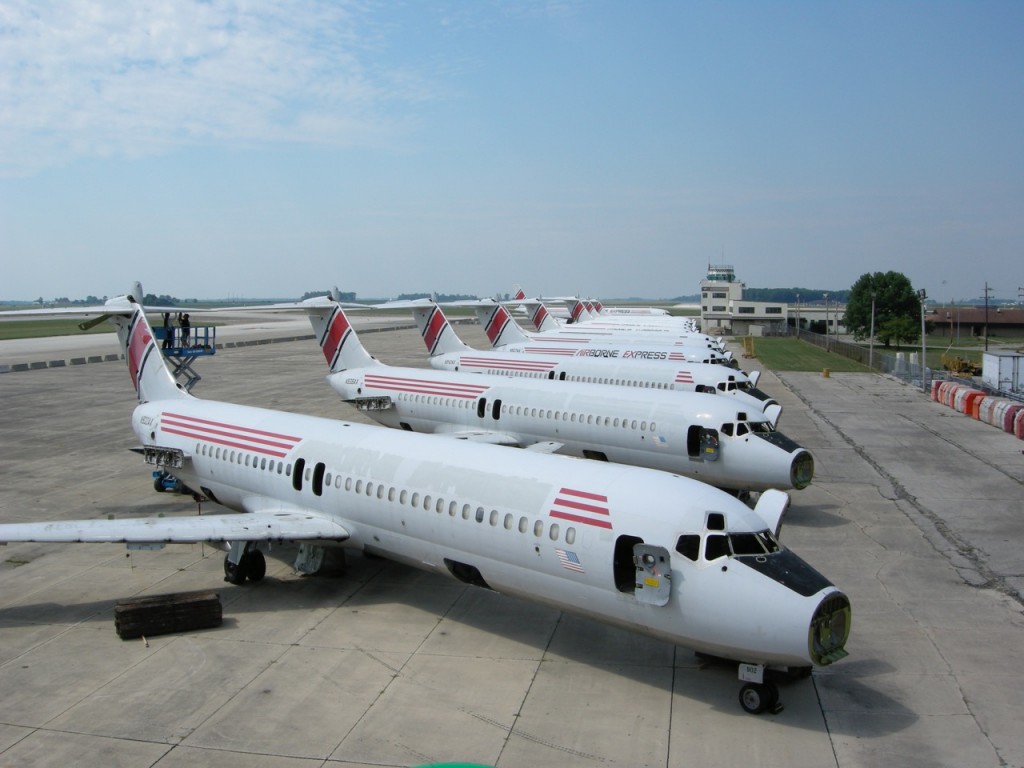 The goal is to acquire at least a dozen of any one part, so that several copies can be made for each design.

The company, which has about 18 employees, has 130 lines of furniture that come and go based on part availability.

While Boeing, Northrop Grumman and Lockheed Martin are MotoArt clients, Hall estimated that 90 percent of their clients have no relation to aerospace.

“I think flight is in all of us, ever since you’re a little kid,” Hall said. “And that’s who we cater to – big kids.”

Here’s what the inside of their garage looks like: