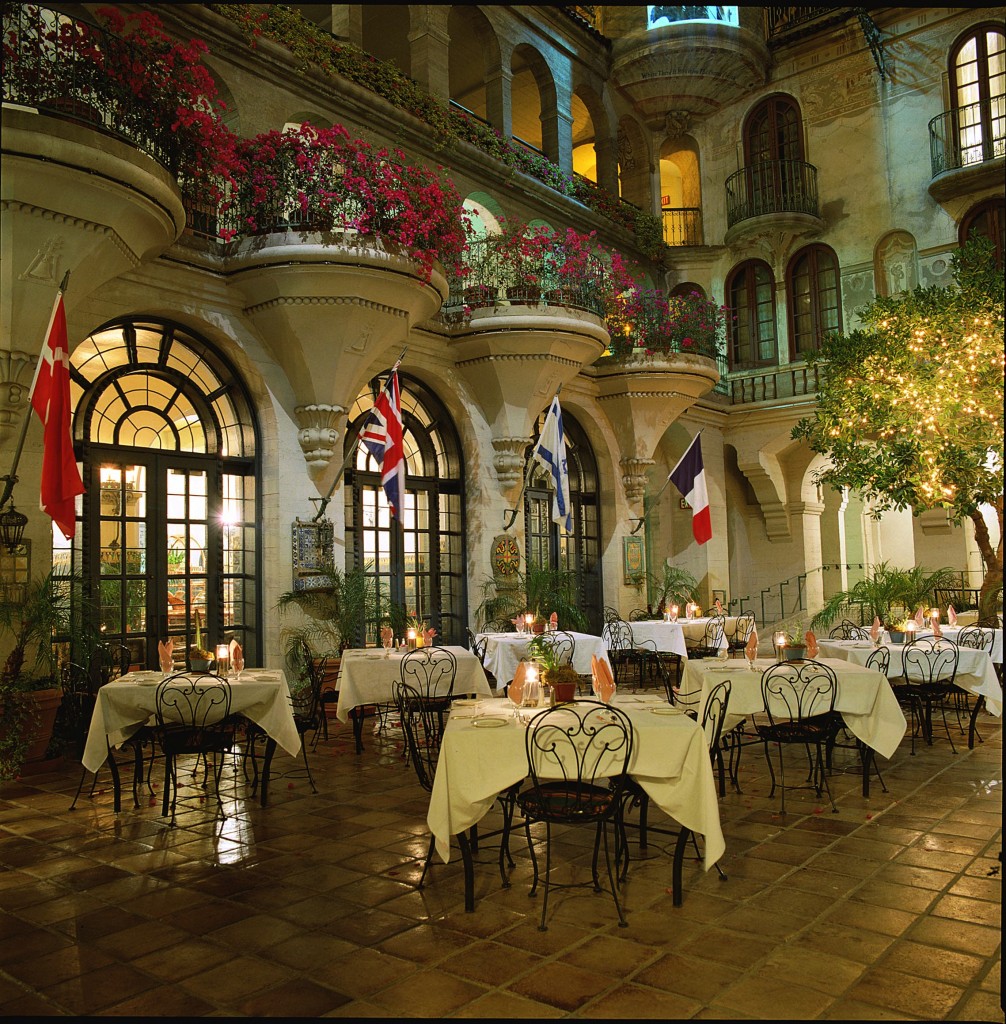 The Spanish Courtyard at The Mission Inn in Riverside. (Photo courtesy of Mission Inn)

The Presidential Lounge is named for the many presidents who have stayed at The Mission Inn. If the presidential portraits on the walls weren’t enough of a hint, the majestic mosaic presidential seal on the floor under our feet was a dead giveaway.

Theodore Roosevelt visited in 1903. Richard Nixon and his wife, Pat, were married next to the fireplace, while Ronald and Nancy Reagan honeymooned here. Take a minute to try out the enormous chair hand-built for the portly

Outside is the Spanish Patio, a restaurant that feels like it is in the inner courtyard of a castle in Spain. Its design was inspired by owner Frank Miller’s visit to Spain in 1911. Some of the tiles came from Seville, while the four grinning gargoyles in the water fountain are copies of a waterspout from a castle near Barcelona.

In March, the Spanish Patio celebrated 100 years. Every month for a year it will feature a special entree.