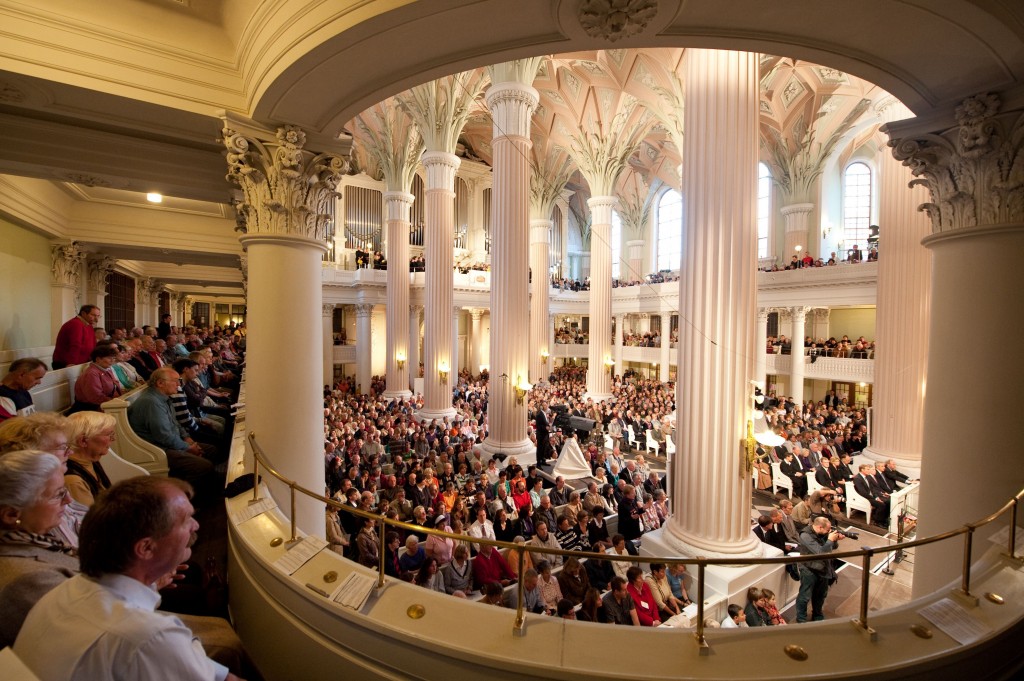 Strangely enough, the fall of the Berlin Wall 25 years ago began with a peaceful revolution in Leipzig. The nonviolent demonstrations for democracy and peace began here, then spread throughout East Germany.

Stranger still, I now had family in Leipzig. My niece married a German businessman from this charming city and they volunteered to show me around, her 4- and 6-year-olds serving as my friendly translators.

Our little caravan marched down the same streets where thousands of demonstrators demanded freedom. Freedom of speech, freedom to travel, freedom for political reform.

This powerful movement began with morning peace prayers at St. Nicholas Church on Sundays in November 1982. Over the years, the movement grew and the demonstrations moved to Mondays.

In October 1989, the peaceful protestors filled the streets shouting “We are the people,” “Freedom, free elections” and “Freedom for the prisoners.”

The large police force couldn’t cope with the huge nonviolent crowds. Later, 120,000 people from all over East Germany joined the demonstrations, demanding freedom at long last.

Finally, Erich Honecker, the head of the Communist Party, left office after 18 years for “health reasons.” On Nov. 9, 1989, the Berlin Wall was opened. East and West Germany were finally reunited.

“These events were of immense historical importance for Germany, and also played a key role in shaping the course of European unity,” notes Petra Hedorfer, chief executive of the German National Tourist Board.