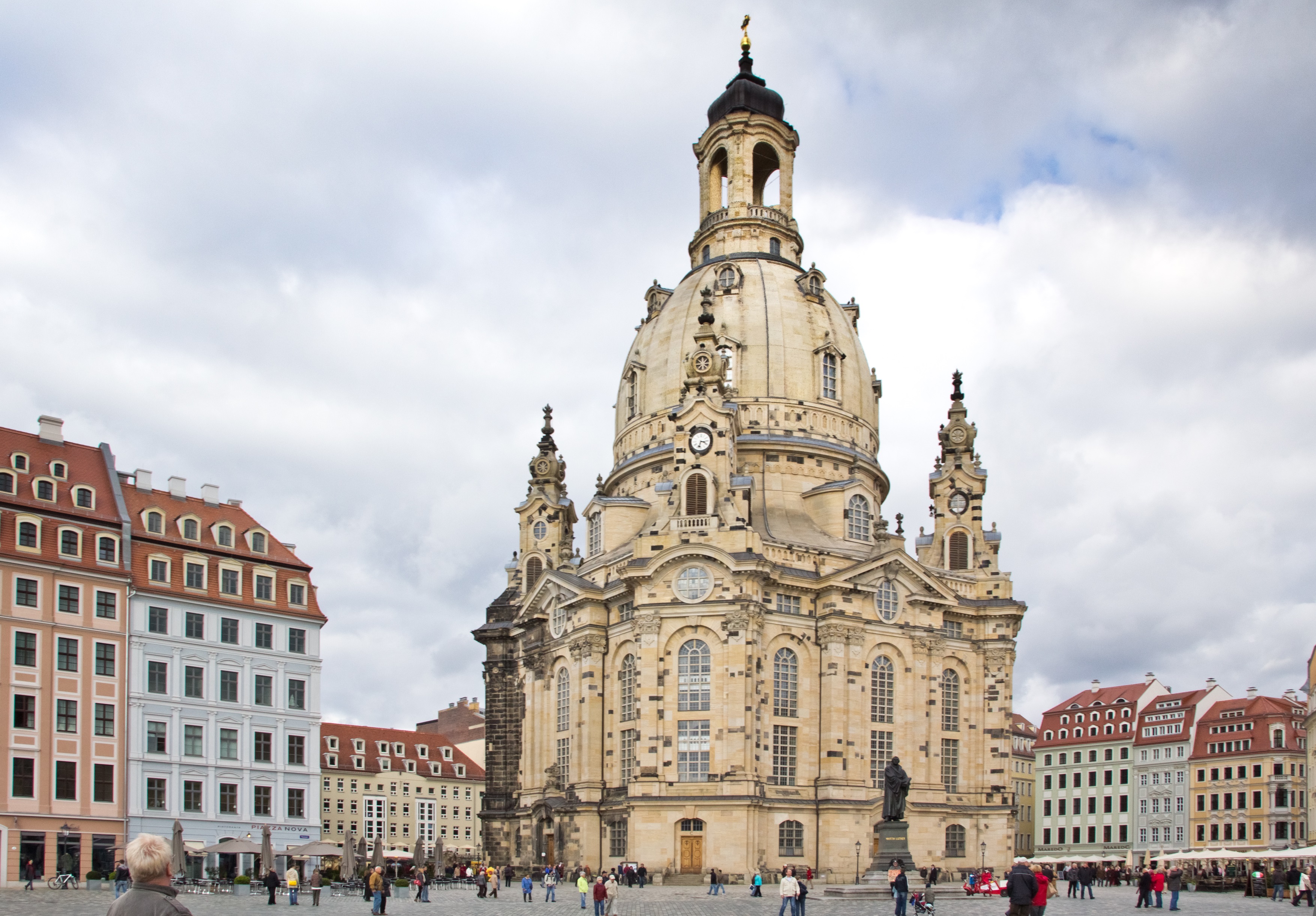 Dresden Frauenkirche, the Church of Our Lady, (Photo courtesy of Dresden Marketing)

The Dresden Frauenkirche, the Church of Our Lady, is perhaps the city’s diamond. Settling in for an evening musical performance, we felt transported back in time to when Dresden was indeed one of the cultural capitals of the Old World.

The majestic music floated up through the grand space. It’s hard to believe this stately church was destroyed in the Allied bombing.

Though the church withstood two days and nights of bombing by British and American bombers in February 1945, temperatures reached 1,832 degrees from the 650,000 incendiary bombs dropped on the city.That heat is what destroyed much of the area.

They say the church’s pillars glowed bright red before shattering, dropping 6,000 tons of stones through the floor.

Only the altar, with its depiction of Jesus’ agony in the Garden of Gethsemane on the Mount of Olives, and the chancel were left standing.

The blackened stones sat in the city center for the next 45 years.
Residents balked at removing the ruins for a parking lot, and it became a war memorial. In 1982, the ruins became part of the peaceful protests against the East German government.

By 1989, tens of thousands of protesters toppled the Communist regime, bringing down the Iron Curtain to reunify East and West Germany.
Using the original plans, Dresden began reconstruction of the Church of Our Lady in 1993.

The famous landmark was finally finished in 2005. Today, the blackened stones stand out against newer stones.