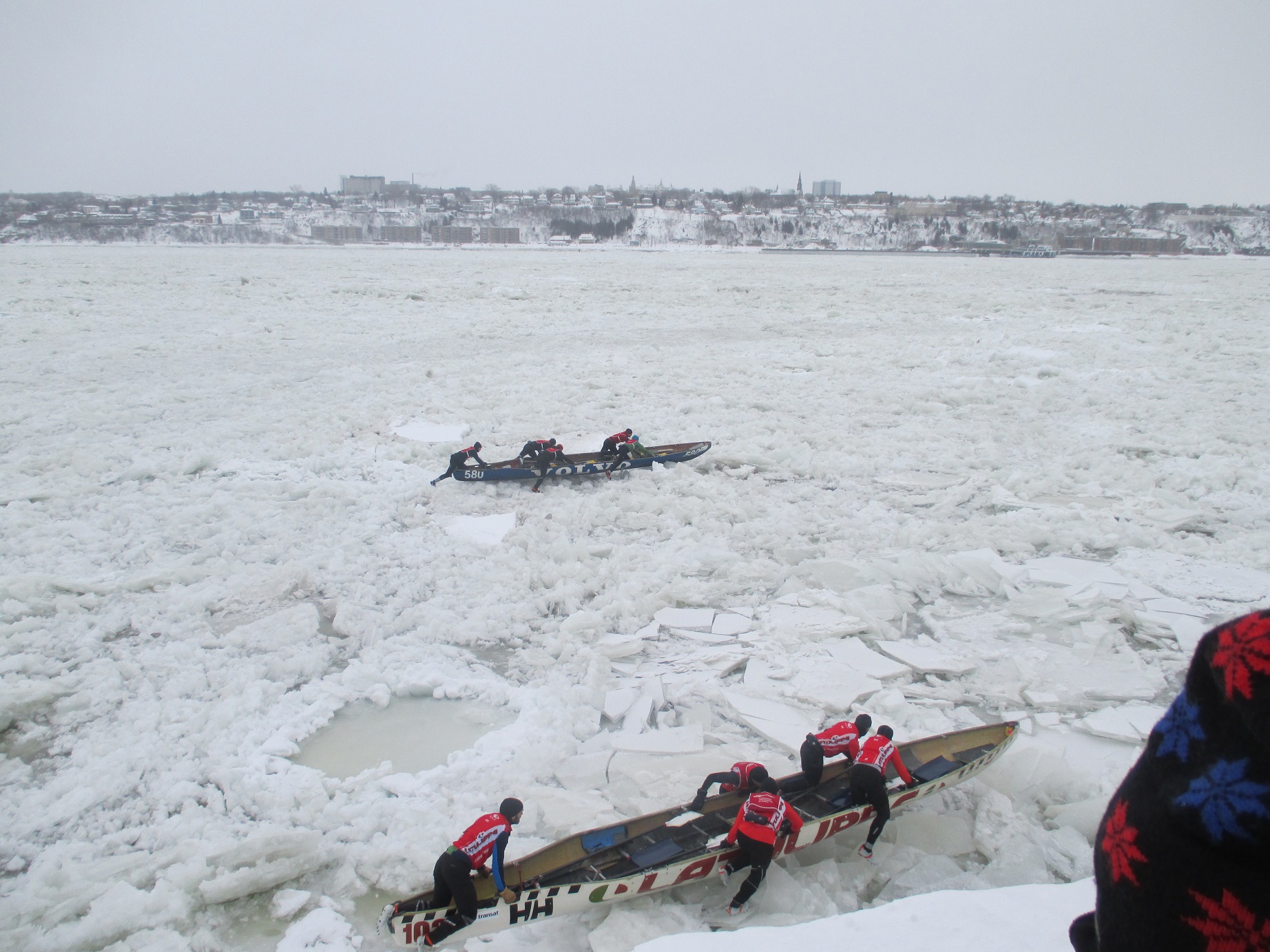 Two crews in the elite male class compete in the ice canoe race on the St. Lawrence River. (Photo by Marlene Greer) 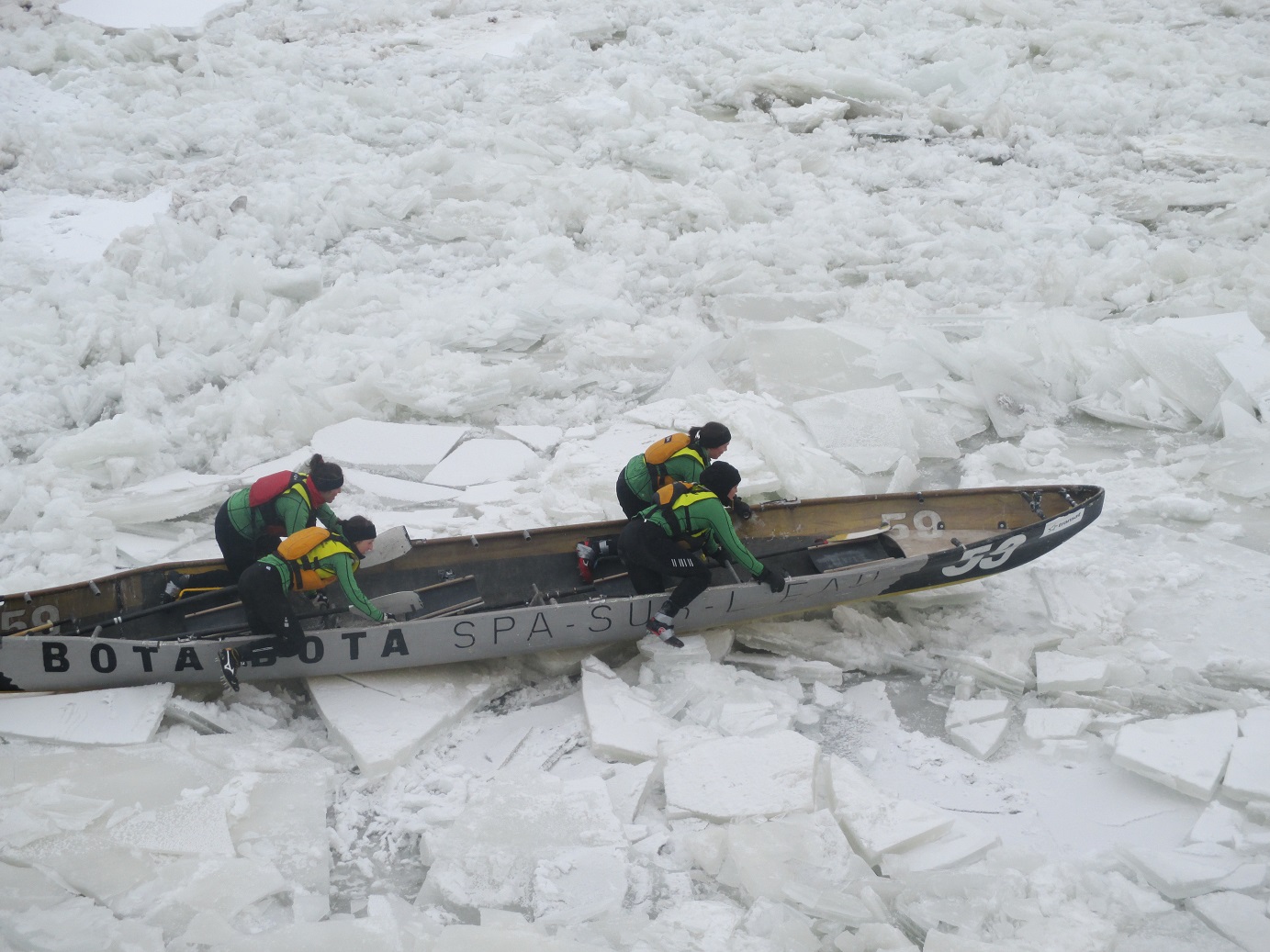