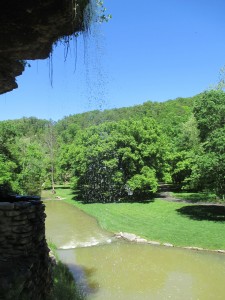 A short walk takes hikers behind a waterfall for a great view of Dogwood Creek.

Seen enough of Branson’s famous shows? All tuckered out from a day at Silver Dollar City theme park?

Then leave the glitz and thrills of Branson, Missouri, behind and go for a bike ride, take a hike or hop on a tram and enjoy the beauty of the Ozarks at Dogwood Canyon Nature Park.

Dogwood Canyon is a private wilderness refuge located south of Branson at the Arkansas state line. Visitors to the 10,000-acre park can meander along streams, ride through hollows surrounded by limestone bluffs, and get up close and personal with herds of bison, longhorn cattle and elk. And if you bring your fishing pole (or rent one), you can angle for trout in Little Indian Creek.

The park features several waterfalls, pools, springs, a healthy rainbow trout population, Native American sites and a replica of an 1800’s church. Dogwood Creek runs the length of the park, and the 3.2 miles of paved biking and hiking trails follow its path. Spanning the creek are 16 rock bridges handcrafted by local stone masons, which add to the area’s natural beauty.

We opted for the tram ride because it’s the only way to see the restricted wildlife area. Who can pass up a close encounter with a bison? And if you’ve never seen a longhorn, here’s your chance. 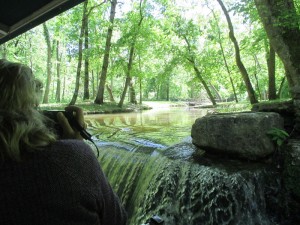 Visitors on the tram ride cross Dogwood Creek near a waterfall.

The open-air tram crosses Little Indian and Dogwood creeks several times as it makes its way through the canyon and back. Some of the crossings are at the base of small waterfalls created by dams or “weirs” to provide oxygen flow for the trout. In May when we were there, the water was high, making the crossings fun. Once we had to pick up our feet as water coming over the falls rushed in.

The tram ride takes about two hours and makes several stops, including the Hope Wilderness Chapel, a replica of an 1800’s Missouri church built in 2002 using native cedar, pine and oak, and Glory Hole, home to giant rainbow trout. At Glory Hole, visitors can view the trout and climb a short trail behind a waterfall.

And after beauty comes the beast – plenty of them. 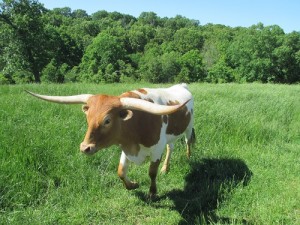 Dogwood Park’s tram ride gets visitors up close to wildlife, including this longhorn.

The animals, it appears, know the routine. They head, some at a trot, toward the tram even before our driver and guide gets out and pours buckets of “lunch” first for the elk and a second time for the bison along both sides of the tram. The animals come so close you feel as if you could reach out and touch them.

A new restaurant, store and working grist mill will open in the park this fall.

So take some time away from the city and enjoy a quiet slice of Missouri’s natural scenic beauty. But beware – if you are an allergy sufferer like me, May, when the trees are in bloom, is not the time for you to visit. 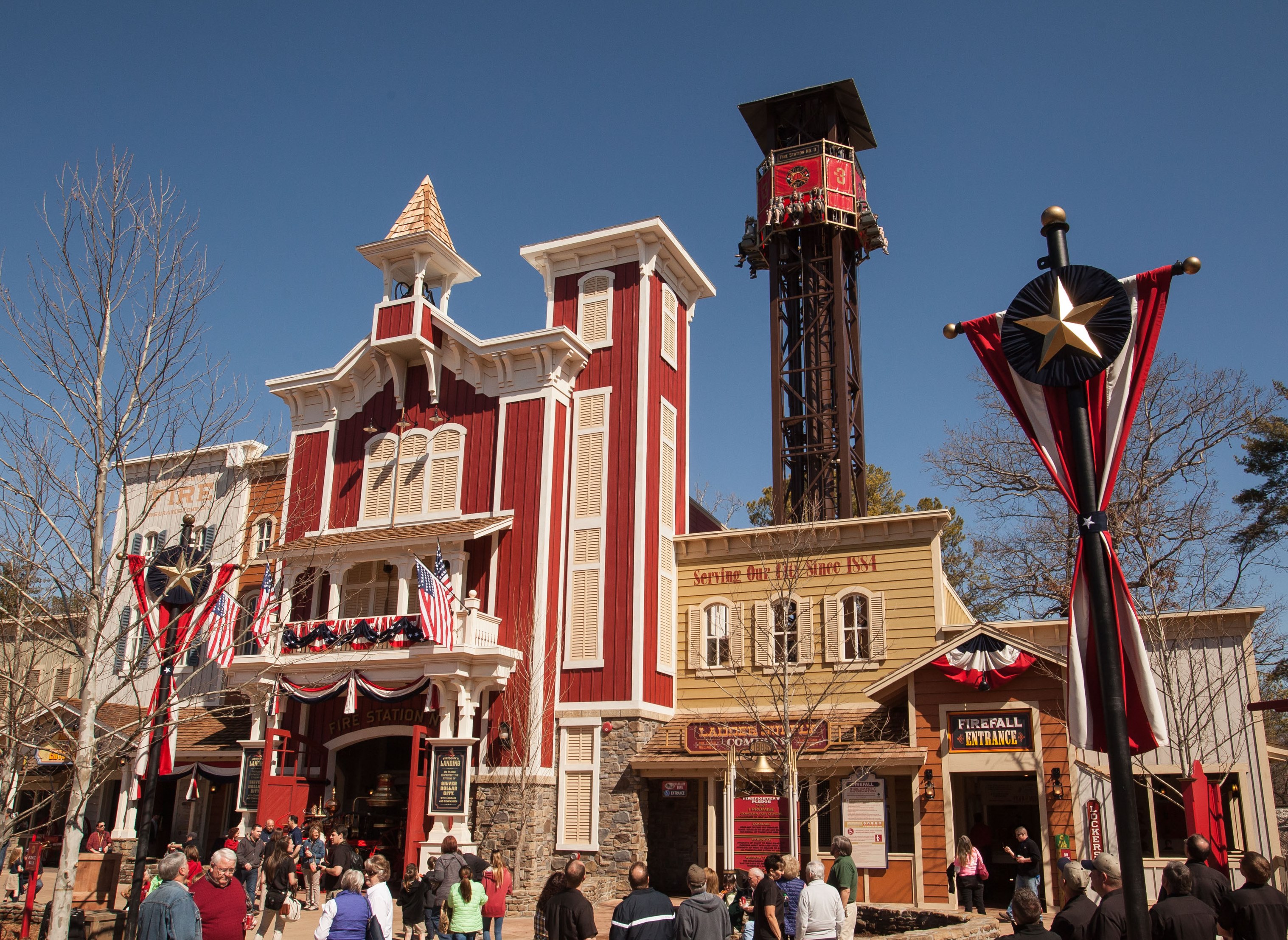 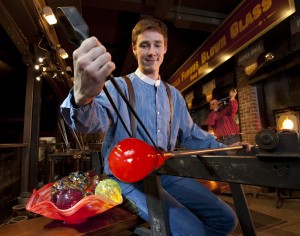 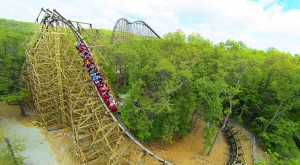 When I told my neighbor in Los Angeles I was going back to Branson for another week, his mouth dropped open as he exclaimed, “Why would anyone want to go to Branson?”

It’s a fair question because few Southern Californians have ever heard about this quaint town in Missouri, and those who had, thought Branson was only for senior citizens on bus tours.

While I may be a senior citizen, I’m not exactly retirement community material. I still like to ski, surf, sail, bike and zipline, to mention a few of my more athletic activities. And I did grow up back in the hollows of the Appalachian Mountains outside Pittsburgh. So the beautiful, wooded ‘hollers’ in the Ozarks remind me of my childhood.

But I like Branson because there’s so much to do there. This little town of 10,000 offers lots of fun activities for visitors of all ages, not just senior citizens. In fact, families pretty much take over the Ozark Hills in the summertime, enjoying the go-cart tracks, amusement parks and family shows.

Where else can you get gigantic cinnamon buns, a replica of the Titanic and Yakov Smirnoff in one place? Throw in some heartfelt Americana and you have a winning combination. Which is why this little city in southwestern Missouri is visited by millions of tourists every year, and it continues to welcome visitors to the heart of the Ozarks.

Like a Hollywood star, Branson got its big break when the television news program 60 Minutes did a feature on the town more than 25 years ago. That’s when many met “the live country music capital of the universe.”

While country music is still wildly popular, the shows have expanded to everything from Irish tenors and Beatles tributes to Shanghai acrobats and magic acts from Long Beach. There’s more than 100 shows to choose from, which explains why I visit Branson whenever I can. Join me in this new series, as we explore this big little town, which has so much to offer.