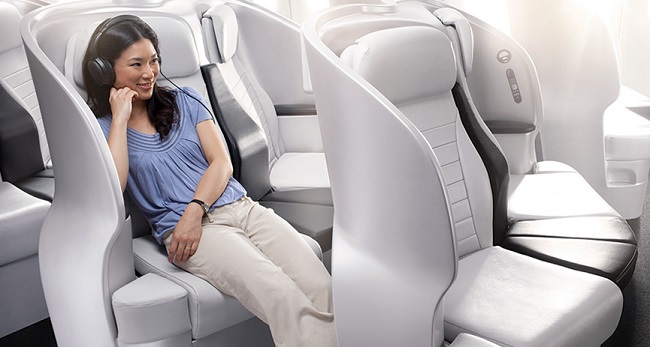 Now it’s easier than ever to fulfill the dream of flying from LAX to the jewel of the South Pacific — the Cook Islands — aboard one of the world’s most highly acclaimed airlines, Air New Zealand.

Travelers will enjoy an easy overnight flight of a little more than nine hours on Air New Zealand’s non-stop service from Los Angeles International Airport (LAX) every Sunday night to Rarotonga (RAR) in the Cooks Islands.

With the announcement of these special airfares, paradise is within easy reach of almost anyone. Rarotonga, the main island, is an easily accessible and bewitchingly beautiful tropical South Pacific paradise.

It is essentially an “all in one” island resort, and upon arrival, visitors find themselves in a lagoon-side resort in next to no time. Getting around is also easy by renting a scooter, car, or commuting on the local bus.

Just a 45-minute flight away from Rarotonga is the alluring island of Aitutaki, referred to by many notable travel writers as having “the most beautiful lagoon in the world.”

Once in the Cook Islands, the time of discovery begins, with many options for the adventurous: paddle boarding, kite surfing, diving, snorkeling, interior-island hiking tours, swimming in crystal blue lagoons, and lively local craft and food markets held each Saturday morning.

According to General Manager Cook Islands Tourism North America, John Petersen, “Cook Islanders just love to hang out with visitors, and what a truly unique experience that is for North Americans who are fortunate enough to have discovered this paradise.”

Boutique accommodation choices in the Cook Islands range from first class indulgence to “live like a local” holiday homes and everything in between. No hotel is taller than a palm tree. Excellent restaurants are everywhere – Thai, seafood, island, Chinese, Italian – to suit all tastes and budgets. Tipping is not expected and tax is included in menu prices.