It’s on India Street but the letters on the gateway spell out: Little Italy.

The two-block strip — less than a mile or a 15-minute walk from most hotels on Harbor Drive — may have the most linguine per capita than any area in the United States. Diners sit on sidewalk tables drinking wine, sampling cheeses and putting fork to spoon to spin up tasty pasta. 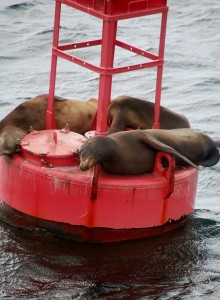 Don’t try to get a table at Bencotto, the fine new Northern Italian eatery, without a reservation. Expect a two-hour wait on weekends. But the newest Italian restaurant in the area has a fine twin, Monello, owned by the same Northern Italian family.

The super nice maitre d’ put us at a bar table and promptly left a dish of lupini beans dredged in garlic and olive oil. Later, I munched on spaghetti carbonara.

I have never had a dessert as good as its torta della nonna with pine nuts. Not even from my own nonna. I guess that makes me a devilish little boy, the rough translation of Monello.

Get a dish of osso buco or just a glass of Chianti. Try the oysters at Ironside Fish & Oyster Bar, or the exquisite American cuisine at Kettner Exchange, known by locals as KEX. Want something traditional? Filippi’s Pizza Grotto will satisfy.

World War II hero Gunnery Sgt. John Basilone, who was awarded the Medal of Honor for heroism during the Battle of Guadalcanal, would be very happy. The plaza named in his honor rims the happening dining district just a quick walk from the Embarcadero. 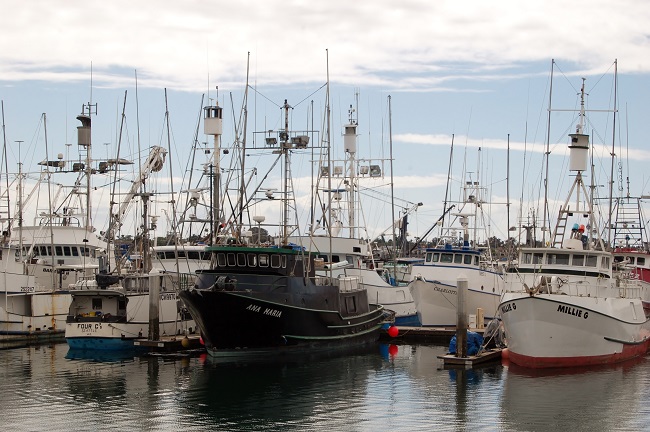 Even the 1980s-standby Seaport Village received a makeover, with the new Headquarters adding more shopping and some fancy eateries, including Puesto, where the tacos and bite-sized food gets raves.

A new cruise ship pier will host Disney’s next adventure: a Mexican Riviera cruise ship that sails only from San Diego starting in October.

Might be a good idea to stay landside an extra couple of days to take in the city’s water sites and, you know, get back your land legs.

Walking in San Diego is a must along the new wooden boardwalks and paved pathways of the esplanade along Harbor Drive between the Navy and B Street piers. 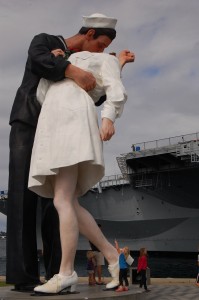 Farther south, a new fish market features tuna and octopus fresh from the bay to the highest bidders.
It’s next to a giant sculpture of a sailor kissing a nurse in Times Square at the end of the European part of World War II called “Unconditional Surrender.” 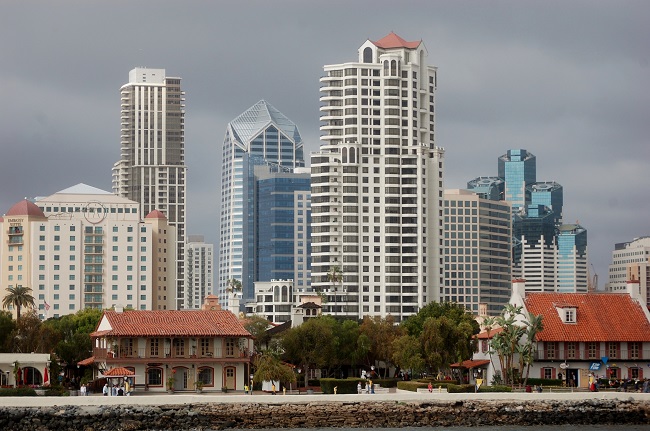 Stay at a harborside or downtown hotel in San Diego. There are some newly updated inns, such as the Wyndham San Diego Bayside, where you can get a bay-view room in one of its towers; the Hilton San Diego Bayfront farther south; the DoubleTree; and in trendy downtown, the W.

In early 2016, SpringHill Suites and a Residence Inn will open bayside, adding to the stay choices.

It’s doable to stay within a 15-minute walk of shopping, museums, kayaking, boat cruises and some of the trendiest restaurants and nightclubs in the city. 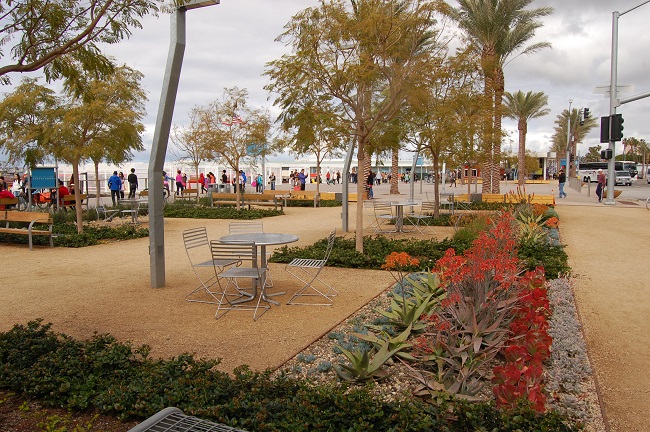 You’ve arrived at your weekend getaway. After inhaling that complimentary chocolate chip cookie, you’re in the middle of a slow-motion swan dive onto your hotel bed where you sense the pillowy duvet hugging your road-weary body.

The last thing you want to do is get back in the car and drive to dinner or the museum. But in San Diego, you don’t have to.

Believe it or not, in car-centric San Diego, you can leave the minivan in the hotel parking lot and still enjoy the sights. That’s because a weekend vacation near the city’s restored Embarcadero can be carless and stress-free.