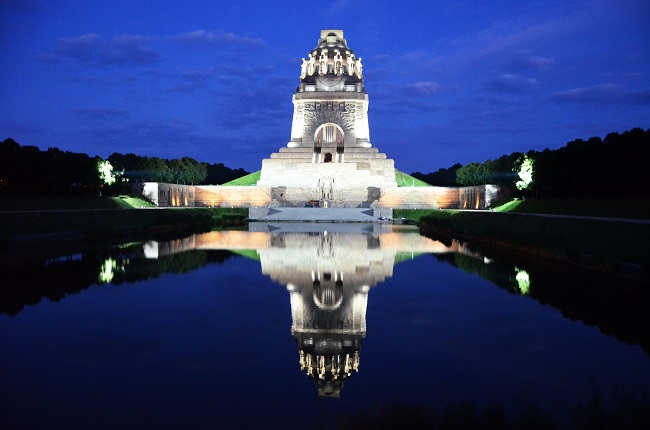 The Monument of the Battle of the Nations marks the spot where Napoleon was defeated in Leipzig. (Photo courtesy of Leipzig Tourism and Marketing)

My niece’s in-laws were anxious to show me around their lovely city. They had lived behind the Iron Curtain for many years.

Today, Leipzig is very much a Saxon city. Its stately architecture reflects a rich past as a commercial center with the oldest trade fair in Germany.

As we strolled down the busy boulevards, the youngsters offered a nonstop commentary loosely translated from their grandparents’ tales.

We visited St. Nicholas Church, which was built around the founding of Leipzig in 1165. It is in the heart of the city at the intersection of two Roman trade routes, the Via Regia and Via Imperii.

St. Thomas Lutheran Church is where Johann Sebastian Bach worked as the choir director from 1723 until his death in 1750. Bach is buried here and a statue of the famous composer sits outside the church. 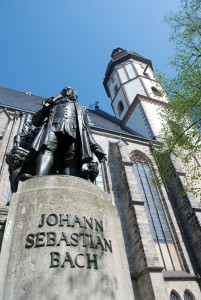 St. Thomas Lutheran Church, where Johann Sebastian Bach worked as the choir director from 1723 until his death in 1750. Bach is buried here and statue of the famous composer sits outside the church.(Photo courtesy of Leipzig Tourism and Marketing)

They drove me out to the Battle of the Nations Monument. The imposing 300-foot-tall monument commemorates Napoleon’s defeat in 1813. It is said that it stands on the spot of some of the bloodiest fighting, from where Napoleon ordered the retreat. When the Allies invaded France the next year, Napoleon was forced to abdicate and was exiled to the island of Elba in May 1814.

More than 500 steps lead to a viewing platform on the top, which has wonderful views of the city. The crypt has eight large statues of fallen warriors. The second story of the monument has four great statues 31 feet tall. They represent the four legendary qualities of bravery, faith, sacrifice and fertility.