Aram’s response: I don’t know if he was being serious or sarcastic. I think “OK” is an understatement.

AMAT FANS: Your team is the underdog in this game against one of the nation’s top teams. Hopefully, you bring a Glendora-like following to Lynwood.

READ THE DISCLAIMER BELOW BEFORE YOU START CRYING.

Dodgers skip Grady Little announced that Ralph Furcal will bat leadoff, ahead of John Pierrre. Let it be heard that Aram is stating on February 22 that this is the first of many maneuvers that will keep one of the NL’s top teams home for the playoffs. Why sign one of the top leadoff hitters in the game if you’re going to bat him second? All Pierre is, is a leadoff hitter who can rundown almost anything in the field. His arm sucks and he’s got no pop. Please save your finger energy if you’re going to say that Furcal is the better leaoff candidate because he’s got the better OBP. I don’t want to hear it – Pierre consistently ranks among the league leaders in HITS!!!! He’s one of the top bunters, too. What are you going to do? Hope Furcal hits one out or gets on, and then have Pierre bunt him over? Pierre at the top with Furcal batting second is a lot more appealing than the way Little has it. Or even Pierre leadoff and Russell Martin second is better. Again, why sign this guy if you’re not going to bat him leadoff? Another frustrating season beckons …

IMPORTANT DISCLAIMER: This is my blog and the Dodgers are one of few things I love in this world. Therefore, the topic applies. If you understand that you can like the Dodgers and prep sports too, and that somehow they’re connected, then feel free to read/reply to this thread. Adios.

Sierra Vista is headed to Laguna Hills (The Real OC) for the semis.

Saturday night showdowns! Our girls will have to be road warriors.
Bishop Amat at Lynwood – Viva Las Chicas De Amat!
Sierra Vista vs. Laguna Hills (site TBA) – Coach Locklear’s boot camp works!
Covina at Marlborough – The Colts will join the rest of Pasadena in wondering why Nikki Speed doesn’t go to Muir.
Monrovia at Diamond Ranch – Nina, Eliza and Vince will get a test from M-Town.

Coach Lori Huckler’s program is always among the area’s best.

Coach Lorraine Hansen is the CEO of the area’s best girls soccer program.

… and I won’t even mention swimmer Rachel Grant and softball coach Jenny Fredrickson.

They call her Biscuit. Don’t ask me why.

Way to pick up the boys, ladies. You’ll be doing it all your lives, so you might as well get started now! Amat wins, Sierra Vista wins, Walnut wins, C-Town wins, San Dimas wins, Diamond Ranch wins … This is Girls Hoops Country!!!! 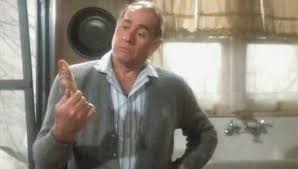 Damien, gone. Glendora, gone. South Hills, gone. Charter Oak, gone. Arroyo, gone. Nogales, gone. And so on … I had a feeling the playoffs would be like this. Thank heavens for Northview, San Dimas and whomever else won on Friday night. At least the SGV saw some teams make it to the second week of the postseason.

Maybe our girls hoops teams will bail us out just like a Christmas duck.