We’ll look back at 2012 with the top ten prep/local stories of the year, which runs on Dec. 30. This includes high school and area colleges. For me, the best story was arguably the senior season that pitcher Justin Garza had with Bonita, leading them to a CIF title and finishing 12-1 with a 0.72 ERA. But there were a number of great stories, what’s yours? 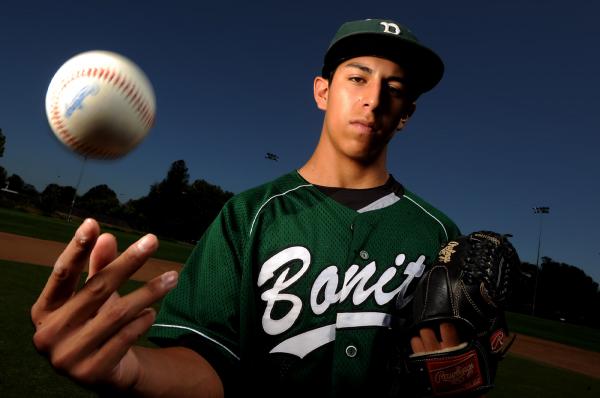 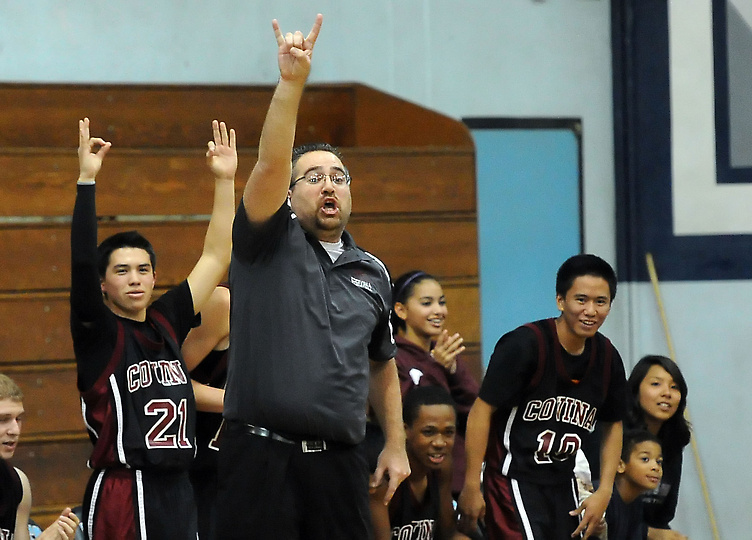 Twitter brought you 140 characters. Tout is bringing you 15 seconds. That’s Tout’s slogan. I love Tout, which works just like Twitter, only it allows you to send short video clips instantly. Whatever game we’re covering, we can do an interview after the game or record a highlight and Tout it to you within minutes on the blog, through widgets or on Twitter and Facebook. Because we joined forces with Tout, our reporters get 45 seconds, but we want to see what you can do with 15. If you sign up to Tout and friend us just like you would twitter, you can share video you shoot at games. Do your own interview or highlight and Tout it out. We’ll share it. Athletes can record themselves, tell us the final score and share their thoughts on the game. It’s a lot of fun and another way to keep you all involved. You’ll also find this widget on our home page.

By Aram Tolegian
With nearly of month of games under their belts, things are starting to take shape for local girls high school basketball teams.
Most teams probably have one more stop on the tournament circuit right after Christmas, and soon after that league play begins with championships and playoff berths on the line.
There’s enough evidence to form a strong opinion on the top 10 teams in the area at this point: 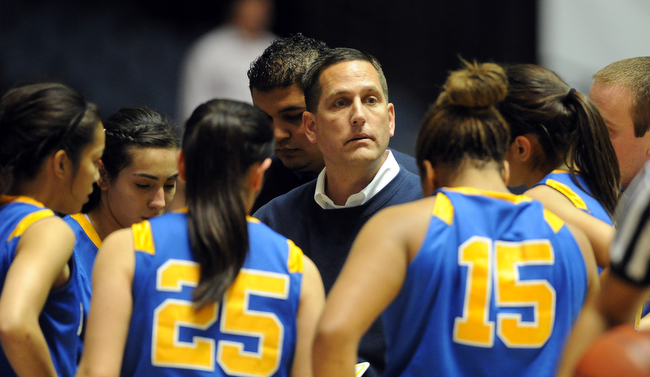 After sharing the spotlight in recent years with Bonita and Diamond Ranch, the Lancers took it back all for themselves last season by winning yet another CIF championship under coach Richard Wiard … with a postseason win over Bonita along the way.

Although there are some solid teams in the area, Amat should be able to keep the spotlight the entire winter. The Lancers have a bonafide scorer in guard Paulina Santana, a hustling, defensive savant in Dagmar Ramirez, a budding star in Janae Chamois and a high-impact transfer Mauriana Clayton, who is 6-feet tall and plays forward.

As nice as the nucleus of players is, Amat won’t be a premier team as far as the Southland is concerned unless Santana develops into the type of scorer she can become. That means consistently hitting her outside shot. If that happens, Amat is too versatile for most opponents to handle.

The Lancers weren’t able to close the deal earlier this month in the Covina Tournament, but did bounce back to take the Arroyo Tournament. The Del Rey League presents another huge challenge, as every team in the league currently sports a winning record. Amat is certainly in the mix, but needs to be on its best behavior every night.

Local fans should circle Jan.26 on their calendars. That’s when the Lancers take on Bonita at Azusa Pacific University.

The Bearcats still feature the top overall player in the area in point guard Nikki Wheatley.

Wheatley, a junior, will have to shoulder more of the load as the talent level around her has dropped for the second straight season. Last year, Wheatley had a major post threat in 6-foot-3 center Brianna Kennedy, but Kennedy is now playing at Loyola Marymount.

Wheatley, the reigning Tribune Player of the Year, is capable of taking games over by herself. But when the Bearcats play against athletic teams like Diamond Ranch, which can run with Wheatley, they might be in a little trouble.

Bonita gets the nod over Diamond Ranch as far as our Hacienda League prediction, but it’s very, very close.

We’ll go ahead and call the Huskies the favorites to win the Sierra League.

That’s either saying something, or it’s not, because the league was not a bastion of basketball greatness last season. But Charter Oak lost some key players, as did St. Lucy’s.

The reason things are looking up for the Huskies is the arrival of freshman center Janessa Thropay, who could do some amazing things over the next four years.

Looking around the league, there isn’t a team with an answer to Thropay, who is already averaging 12 points and six rebounds per game. Sophomore forward Emily Ayala is second on the team in scoring behind Thropay and is yet another young talent capable of carrying the team.

Chino Hills already owns a narrow win over Diamond Ranch, so that right there stamps the Huskies as Sierra League favorites.

The Panthers suffered some heavy graduation losses, but this is a program that’s proven capable of reloading.

Head coach Mike James has a roster fully capable of playing a pressuring, up-tempo style and that could lead to many turnovers and easy points for the Panthers. Guard Emilee Dy is an aggressive defender who may be the perfect elixir to Bonita’s Nikki Wheatley when the two teams meet in crucial league games later this season.

Tai Lark, a 5-foot-10 forward, showed flashes last season of being a force.

The Panthers already own a nice win over Muir, so that should tell you just how athletic and fast the Panthers are.

The Falcons have more than proven their worth by posting two wins over Muir so far this season.

It’s looking like another Montview League championship will be a mere formality for Duarte. Imari Brown is one of the top players in the area as evidenced by her being on the Tribune All-Area team last season as a junior.

Brown is already off to a blazing start, averaging 27 points per game.

Trouble is, unlike past years, Brown doesn’t have the same type of suppprting cast. And that might cost the Falcons in the postseason.

The Tartans certainly have a flashy record, but they haven’t come close in their two toughest games of the season against Bishop Amat and Arcadia.

But the feeling is that those losses will actually make Glendora a better team as it braces for Baseline League play next month. The Tartans have one of the top players around in forward Casie Lowden, who is averaging 12 points, eight rebounds and nearly three steals per game.

Lowden will likely be the focal point of opposing defenses in league, which means the supporting cast had better step up. But no other Tartans player is averaging in double figures.

Although Glendora has the second-best record in the Baseline right now, it’s pretty obvious some teams below them have more overall talent. Still, the Tartans figure to give a good account of themselves if their solid start is any indicator.

The Wildcats have been a consistent winner under head coach Tracy Calton, and they look like the favorite in the Valle Vista League.

Plus, the Wildcats always seem to do the little things right and rarely beat themselves. The losses this season have been to solid opponents and now that they’ve begun league play, we think the wins will start showing up in full force.

When the dust settles, we’re rather certain that Rosemead will be Mission Valley League champions again.

The Panthers have been hitting the tournament circuit hard and getting back into league play next month will feel like a welcome relief.

Melody Gauthier gives Rosemead the top player in the league and a talent that no league team can truly match up with. The Panthers’ guards aren’t flashy, but they don’t turn the ball over and can knock down the outside shot when needed.

It all adds up to another very solid edition produced by highly successful Panthers coach Jay Gauthier.

Kudos to Chargers coach Jenny Strycula, who took over a floundering program and in one season made the team respectable and even won a CIF-SS playoff game.

The Chargers lost some size inside to graduation, but Allison Strycula is back to run the point and provides her team one of the better ballhandlers and tenacious defenders around. The question is whether anyone can score.

The Sierra League, after Chino Hills, looks to be wide open. So a team that limits mistakes and can squeeze the most of its talent should go far.

There’s probably no cracking Bonita and Diamond Ranch as the top two teams in the Hacienda League, but there’s certainly no reason the Bulldogs can’t find their way into third place.

The signs are there that this is a team improving at the right time. West Covina lost to St. Lucy’s to start the season, then came back this month and beat the Regents by nearly 40 points. The Bulldogs also posted a win over Charter Oak.

The San Dimas High boys basketball team, bouncing back from a heartbreaking loss in its Valle Vista League opener, took a 4-2 lead at 5:19 of the first quarter and never was headed in a 57-41 win over Baldwin Park at Life Pacific College on Thursday night.
“You can’t think about winning league if you start 0-2,” Saints coach Bruce Robbins said. “If you do, you have a giant hill to climb. You have to win every game on your home floor to be in position to win league.”