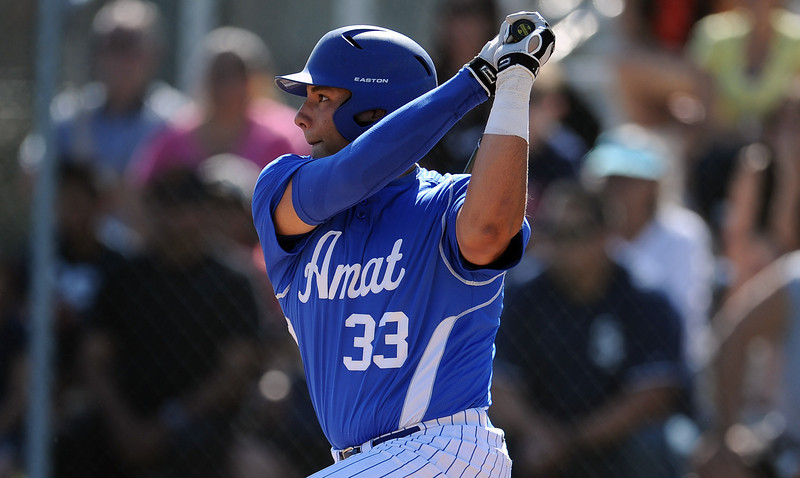 Here’s this week’s area baseball rankings
1. Bonita (21-2-1) – It’s going so good for the Bearcats that Sam Stavang threw a no-hitter and struck out 10 in a 9-0 shutout over Los Altos to improve the ‘Cats to 8-0 in the Hacienda. However, over the weekend Bonita suffered a 4-1 loss to Oaks Christian, ranked 11th in the state by Maxpreps.
2. South Hills (17-5) – The Huskies turned what was thought to be a close Sierra League title race into a three-game lead with four to play. The Huskies finish with two games against Ayala and Chino Hills, but it would take a mammoth collapse for the Huskies not to take the Sierra again.
3. Glendora (16-6) – The Tartans are still a game back of Los Osos, who it will face twice next week. That means it can’t afford to stumble with a pair against Etiwanda (11-10-1) this week.
4. San Dimas (18-6) – The Saints are in the Valle Vista drivers seat with a game lead over Northview and two easy games this week against Pomona while the Vikings play twice against Nogales. But the Saints have to finish the job next week with two against Northview, so all is not locked up yet.
5. Northview (18-6) – The Vikings’ 3-0 loss to Baldwin Park leaves them in a tough spot with two weeks to go and two games apiece against Nogales and San Dimas. But even if they totally screw up and somehow fall to fourth, it appears four teams from the VVL will make the playoffs. But nobody wants to go the wild card route.
6. Baldwin Park (18-5) – The Braves are in a great spot with only two games left in the VVL against Wilson, both games they should win to finish 9-3 in league, which is good for at least third and maybe better depending on how Northview, Nogales and San Dimas fare against each other over the final two weeks.
7. Nogales (19-4) – Nogales has the beautiful overall record on paper, but the Nobles are fourth in league and need to show they’re the real deal in the home stretch.
8. Diamond Bar (17-4) – The Brahmas suffered an unexplainable 2-0 loss to Walnut that dropped it to 6-2 in league, two games back of Bonita. That means the Brahmas likely have to win out, including beating Bonita twice next week to have a shot at sharing the title. Good luck with that.
9. Bishop Amat (13-10) – The Lancers have quietly won seven straight, including a nice non-league 4-2 win over La Mirada over the weekend. Amat, 4-2 in league, faces Cathedraol, 5-1, and in second, twice this week. If the Lancers sweep, then maybe they will be someone to reckon with in the playoffs.
10. Chino Hills (14-8) – The Huskies are tied with Claremont for second in the Sierra with 6-5 records, three games back of 9-2 South Hills.