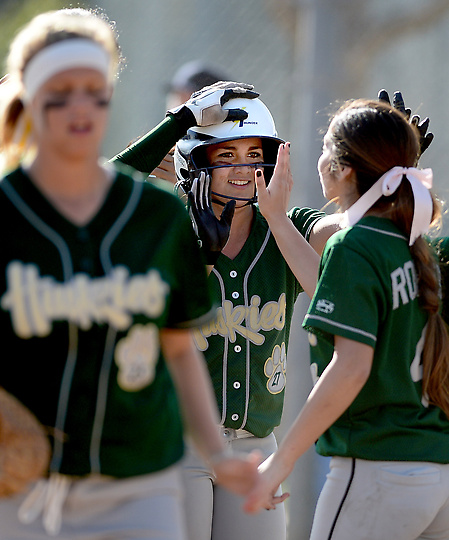 This week’s softball rankings:
1. Bishop Amat (18-4) – Amat can shut the door on the Del Rey League title with a win over St. Paul at home Thursday. They’ve been the areas best team from start to finish, but the CIF playoffs is where they need to show their stuff.
2. Ayala (15-4) – The Bulldogs are tied for first with Chino Hills and host the Huskies today in what should ultimately decide the league title. Who knew Ayala would be this good?
3. South Hills (15-5) – When you think of what the Huskies went through early in the season in losing coach Scott Fisch, who still hasn’t returned from administrative leave, this is one of the best stories in softball. The Huskies are 4-2 in league and control their own destiny finishing next week with Ayala and Chino Hills.
4. Chino Hills (19-7) – With Patricia Parks in the circle, everyone thought this would be the areas best team, but it hasn’t worked out the way. They suffered a shocking loss to South Hills and are now tied for first in the Sierra with Ayala, both 5-1 in league.
5. Bonita (18-6) – After Bonita finishes whipping on Walnut this week, the Hacienda League title will come down to two games in the final week against Diamond Bar, 7-1. Diamond Bar should beat up on Rowland too, so everything is set up for what should be championship week next week.
6. Charter Oak (17-6) – The Chargers are fourth and need a win over South Hills today for a chance at finishing third. Not sure if they’re a wild-card candidate if they finish fourth, but a big game regardless.
7. San Dimas (16-8) – The Saints are 9-0 in the Valle Vista and can clinch it outright next week against Northview. The Saints and Vikings are far-and-away the two best teams.
8. Northview (15-5) – The Vikings are 7-1 in the Valle Vista and have been solid most of the season. As long as they take care of all the games in between, they should face the Saints in the league finale for a piece of the title.
9. Duarte (15-3) – Duarte is dominating the Montview, 10-0 in league with nobody to challenge them. What the Falcons should do is challenge themselves next, and enter stronger tournaments next season.
10. South El Monte (13-4) – The Eagles are 11-0 in the Mission Valley and have done so easily. It must get tiring blowing away the competition like this. Then again, maybe not.