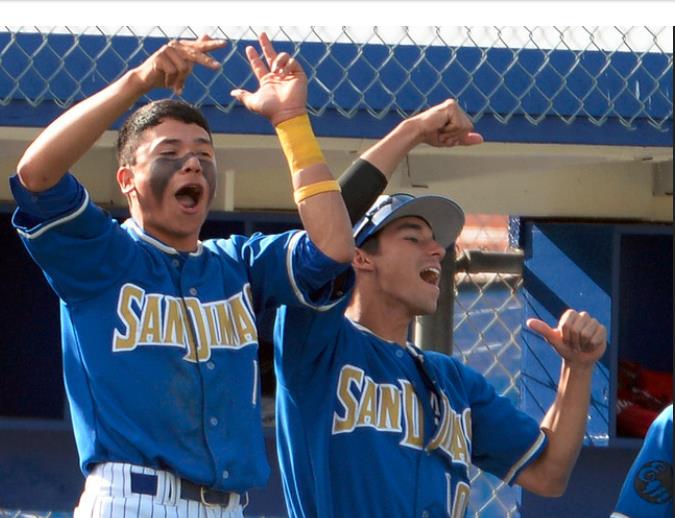 By Stephen Ramirez
steve.ramirez@langnews.com
@SteveRRamirez on Twitter
Northview and South Dimas high schools would love nothing better than to continue their recent rivalry at next week’s CIF-Southern Section Division 4 championship game.
Both took advantages toward that quest by wining coin flips to host quarterfinal games on Friday. Bishop Amat and Sierra Vista weren’t so fortunate and will hit the road in Division 3 and 5 quarterfinal games, respectively.
Northview (18-11), which shocked top seed Kaiser, 2-1 in eight innings, on Tuesday, will host California at 3:15 p.m. The Condors (22-5) rallied for a 7-6 victory over Don Lugo on Tuesday.
San Dimas (23-6-1), which routed Granite Hills, 9-1, in the second round, will host Torrance (24-8), an 11-5 winner over La Sierra. The game is scheduled for 3:15 p.m. The Saints beat the Tartars, 4-2, in the Division 4 title game in 2009.
Bishop Amat (18-11), which rallied for a 4-3 win over Orange on Tuesday, will take a 90-minute trek to Quartz Hill at 3:15 p.m., The Rebels (21-9) upset No. 3 Downey, 2-1, on Tuesday. The Lancers have gone 18-7 since opening the season with four consecutive losses.
Sierra Vista (21-3), which is in the quarterfinals for the first time in two decades, will take a three-hour road trip to Santa Ynez (26-1) on Saturday for its 2 p.m. game. The game was moved to Saturday to accommodate Santa Ynez’s graduation on Friday.
The Dons advanced with a 9-3 win over Hemet. Santa Ynez, the No. 1 seed, beat Sultana, 9-4.
The winners advanced to Tuesday’s semifinals. The finals are slated for June 6-7.