South Hills High School will hold a benefit dinner Saturday for alum and former Covina wrestling coach Randy Aguirre, who is battling brain cancer.
Fellowship of Christian Athletes is sponsoring the dinner, which is scheduled for Saturday at the South Hills gym from 6-9 p.m.
Aguirre was a 4-year letterman at South Hills and was captain his senior season. He also wrestled at Mt. San Antonio College and San Francisco State University. He was an assistant at South Hills before becoming the head coach at Covina and later Palisades.
The dinner will include door prizes and a silent auction. The cost is $20 for adults and $10 for kids ages 5-12. All proceeds are for for coach Aguirre and his family.
Tickets can be purchased at the door or in advance at the South Hills ASB office.

Amat coach Steve Hagerty on state of Amat: “Every week is the same,” Amat head coach Steve Hagerty said. “They’re all must-wins. If we can win six games in a row, that’d be awesome. But they’re all equally tough and it’s just one of those things where we just have to play and see how teams respond.
“We are where we are whether I hoped we would be there or not. We just have to keep swinging away and getting better. I don’t know if we’re where we thought we’d be, but we are where we are and this is where we work from. I would say we’re a good team that is learning how to play together.”

We also discuss whether Los Altos can hang with Monrovia during the Star-News two-minute drill. None of think Los Altos will win. 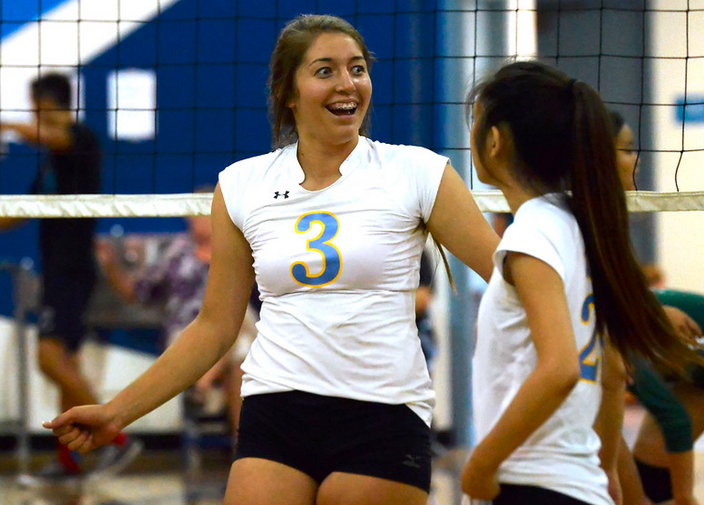 Walnut’s Pauline Mendoza (3) reacts after scoring against Nogales in the first game of a prep volleyball match at Walnut High School in Walnut, Calif., on Tuesday, Sept. 23, 2014. (Photo by Keith Birmingham/ Pasadena Star-News)

WALNUT — Walnut High School is getting hot at the right time.
The Mustangs, after going through a five-match losing streak a few weeks ago, won for the fourth time in five matches Tuesday, sweeping Nogales, 25-14, 25-14, 25-21, in a nonleague match at home.
Kuuipo Vaimaona had eight kills and Pauline Mendoza seven to lead the Mustangs, who improved to 7-7. They face Wilson next week before opening up Hacienda League play vs. West Covina on Oct. 7.
Julianna Purcell and Annjoree Calvero-Sunga had five kills each for Nogales, which slipped to 4-2. The Nobles open Valle Vista League play next week at rival Rowland.
Walnut’s Pauline Mendoza: “We started out kind of rough. But finally we got our rhythm and were able to succeed and get the lead. One main thing for us to work together is that we have to talk to each other. We continue talking, who is going to get the ball, calling for the ball, then we are able to overcome our (mistakes).”

Nogales’ Julianna Purcell: “I’m happy with the way my team played. We had a good match against Walnut, but they had good solid hits, but so did we. I think if we would have fought a little harder, we might have won.” 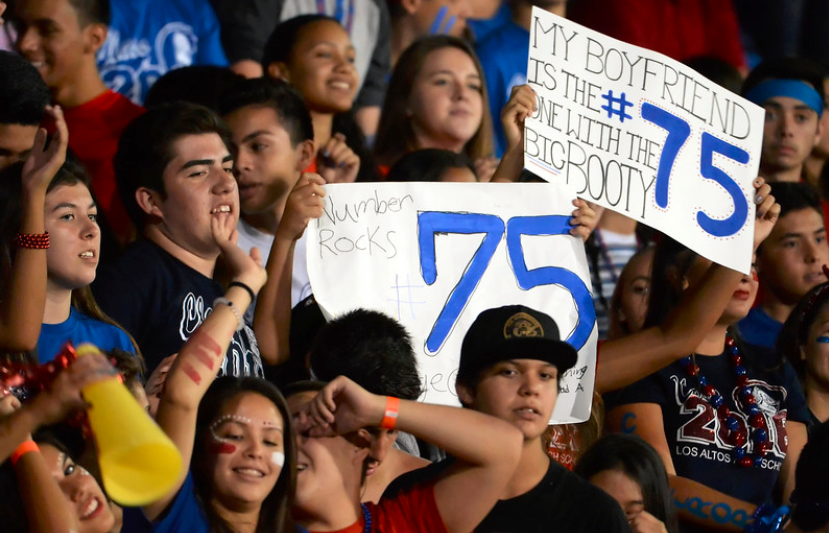 Northview freshman QB Steven Comstock undefeated: “What he is doing is not doing anything wrong,” Northview coach Marcel Perez said. “He’s being smart. He is getting rid of the ball when there is nothing there. He is managing the ball. Ever since he got here he’s been doing the right things. He has a great attitude and is very confident. He just runs with it.”

Scoring updates and final scores of tonight’s games in the San Gabriel Valley, Pasadena and Whittier 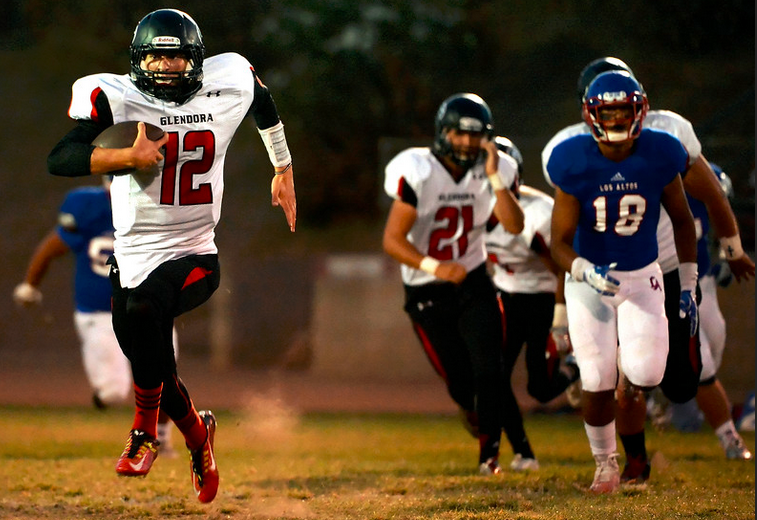 Glendora flexes its muscle: Glendora got it first taste of what the CIF Southern Section Central Division feels like after years of struggle in the Baseline League and Inland Division.
And it tasted good.
Glendora, ranked seventh in the Central, wore down sixth-ranked Los Altos and took advantage of big Conquerors penalties that led to momentum-changing points on its way to a 34-14 victory.
Damien routs St. Paul: That talk of a resurgence for the St. Paul High School football team might have to be put on hold.
Damien is another story.
Dylan Thigpen rushed for 191 yards and two touchdowns and Michael Boragine threw for 114 and three scores as the host Spartans overwhelmed the Swordsmen 44-0 in a nonleague game on Friday.

Friday’s results
Glendora 34, Los Altos 14 — The Tartans are a potential beast in the Central while the Conqs still struggle with step-up games.
Chino Hills 45, Bishop Amat 28 — That folks is what you call a big Pac-5 step back. They better finish top three in the Mission because they just blew a wild card.
St. Francis 35, Monrovia 13 — The King of the Star-News area is still Jimmy Bonds’ Golden Knights.
Damien 44, St. Paul 0 — Nothing like a Spartans butt-whipping over an undefeated team to feel good again.
Colony 42, Pomona 36 — Forget that the Red Devils lost, that’s a competitive result against a solid upper-division foe.
Azusa 20, Arcadia 12 — Huge, huge win and morale booster for the Aztecs.
Charter Oak 41, Bell Gardens 0 — Saw this Chargers butt-whipping coming a mile away.
San Dimas 42, Rosemead 6 — Ahem, and forgive the pun, the Saints go marching on.
Bonita 50, South El Monte 6 — ‘Cats have looked great since the Monrovia beatdown.
La Serna 37, South Hills 18 — At least the Huskies scored some points for a change.
Northview 35, Walnut 6 — Only undefeated team left in the Tribune area.
Bassett 49, Bosco Tech 16 –– Time for the Olympians to move up on Robledo’s Super 32 rankigns.
Brea Olinda 23, Diamond Bar 20 — After a great 2-0 start, two straight setbacks for the purple.
Claremont 52, Covina 19 — Starting to wonder if the Wolfpack are the early Palomares favorites.
Diamond Ranch 17, Schurr 7 — Panthers D steps up when offense struggles.
Flintridge Prep 29, Sierra Vista 14 — The Dons’ struggles hit a new low.
Baldwin Park 49, Ganesha 6 — Braves offense is clicking.
La Puente 58, Wilson 8 –– For Warriors coach Scott Morrison, must have felt nice beating Greg Gano, who replaced him at Damien in the first place.
Arroyo 27, Rowland 15 — Knights warming up nicely for the MVL
Tesoro 38, West Covina 7 — This probably wasn’t the year to test their Pac-5 worthiness.
Duarte 38, Mountain View 21 — Falcons finally get in the win column.
Keppel 50, Workman 26 — You know it’s not going right when Keppel smashes you.