STORY: The Damien Spartans capped off a storybook season with a 70-57 win over Northern Regional champion Campolindo on Friday at Haas Pavilion in the Division III State championship game.
The Spartans (29-5) trailed only once, that being at 20-19. They scored on the next possession and never looked back.
Damien led 39-35 after three quarters.
Their biggest lead came at 57-44 with 3:57 left on a bucket by Andy Torices. Jeremy Hemsley tallied 20 points and nine rebounds. Micah Robinson added 17 off the bench. 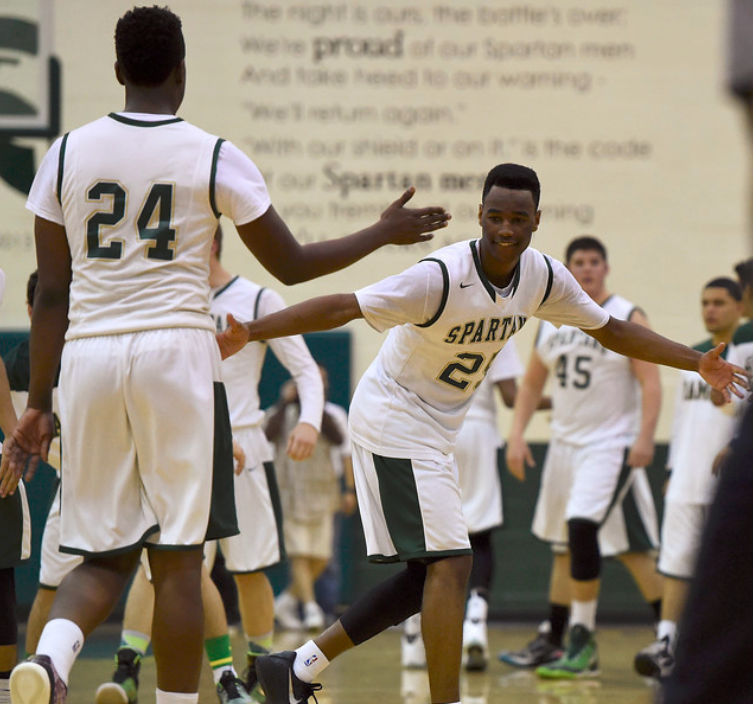 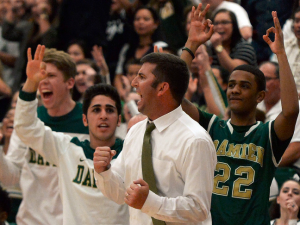 coach Matt Dunn knows that Friday’s CIF State Division 3 championship game is his last with a very special group of players, and he’s OK with any result.
“Six of these guys who are seniors now were on the team as sophomores and two of those guys as freshmen,” Dunn said. “It’s been quite a journey. I think ultimately who they are on our campus and how they’ve represented our program as young men is what I’m proud of.
“This is a fun way to end our journey together.”
It ends at Haas Pavilion on the campus of UC Berkeley on Friday at 4 p.m. Whether it’s a happy ending depends on if the Spartans can get past Campolindo of Moraga.
Damien enters at 28-5. The Spartans beat highly rated Cathedral in last Saturday’s Southern California Regional finals to earn a berth in Friday’s state final. Prior to that state tournament, Damien suffered a loss in the first round in the Southern Section’s Open Division before winning a consolation bracket game.
The Spartans won the rugged Baseline League this season and prior to that played a difficult nonleague tournament schedule in December that Dunn hopes set them up well for moments like Friday.
“We thought this year that we had a chance to have a really special year,” Dunn said. “We thought it would be important to test ourselves in the nonleague. The MaxPreps Tournament in Palm Springs was just incredible. We played four teams and all of them ended up doing well in their state tournaments.

END_OF_DOCUMENT_TOKEN_TO_BE_REPLACED

Baseball
Baldwin Park 3, Gladstone 0 — Senior Anthony Franco pitched a complete game, throwing 78 pitches, striking out six and allowing four hits to lead the Braves (2-6, 2-2) to the Montview League win.
Softball
Bishop Amat 4, La Salle 0 — Alexis Vargas pitched a complete game, shutting out La Salle. Madeline Ramierez had two RBIs and Eryn Sustayta had a triple and an RBI to lead Bishop Amat (8-4, 2-0) to the Del Rey League win.
West Covina 3, Corona 1 — Maddy Tickey pitched a complete game and Jade Nua hit a homer to lead the Bulldogs (8-2) to advance to the Diamond Bar Tournament quarterfinals. Ashley Mayorga and Nicole Gutierrez each had an RBI for West Covina. The Bulldogs will play tomorrow against Warren at 5 p.m. (Full Story in paper tomorrow)
Boys golf
Damien 390, Loyola 392 — Nathan Clark shot a 70 to lead the Spartans (5-3) to the nonleague win at Industry Hills Eisenhower Golf Course. Damien’s Jordan DellaGiustina shot a 77. The Spartans will participate today and tomorrow at the Champions Invitational in Indio.

Baseball
South Hills 10, Diamond Bar 0 — Lefty Ryan Mauch took a no-hitter into the sixth inning before giving up his only hit, and the Huskies (7-1, 2-0) backed him with 11 hits in the Palomares League win over the Brahmas (6-4, 1-1). Johnny Dearth and Ryan Carmona (3 RBIs) each knocked in a pair of runs in a five-run third inning.
Ganesha 10, Bassett 3 — Jesus Salcido went 4 for 5, and Enrique Valenzuela, Robert Cazares and Jonathan Marquez each had two singles to lead the Giants (4-3, 1-1) to their first Miramonte League victory. Frankie Villanueva pitched five innings, striking out seven, for Bassett (3-3, 1-1).
Chino 7, West Covina 3 — Josh Jacquez was the winning pitcher, striking out five, Cameron White went 2 for 2 with an RBI and Jonathan Alba had two RBIs and a stolen base to lead the Cowboys (5-3, 2-1) to the Hacienda League victory.
Bonita 8, Ayala 1 — A.J. Woodall had a no-hitter until giving up a single in the sixth inning. He went the distance, striking out seven, and Danny Gelalich had a two-RBI single in the top of the seventh to lead the Bearcats (6-3, 1-1) to their first Palomares League victory. Also for Bonita, Justin Gomez went 2 for 4 with two RBIs, Tommy Delgado went 2 for 5 and scored a run, and Brandon Bradshaw went 2 for 3 with two stolen bases and two runs scored.
Softball
La Puente 6, Garey 5 — Amanda Guillen and Alexus Samudio each had a double for the Warriors (1-3, 3-0) in their Miramonte League victory.
Gabrielino 9, Marshall 6 — Starting pitcher Amanda Morales struck out six and Amanda Borja finished in the circle, striking out five, to lead the Eagles (1-1-5) to their first Mission Valley League victory of the season. Also contributing to Gabrielino’s win was Angie Gonzales who had a home run and a single.
Boys golf
Bishop Amat 220, Bosco Tech 291 — Donovan Delgado shot a 6-over 41 to earn medalist honors and lead the lancers (5-2, 2-0) to a Del Rey League win at Whittier Narrows. Bosco Tech’s David Rojo and Amat’s Justin Bohol tied for second with 43s.

DAMIEN STRUGGLING: Senior left-hander Bailey Falter tossed a one-hit shutout to give the Chino Hills High baseball team its first Baseline League victory this season, defeating Damien 6-0 on the road Wednesday afternoon.
Falter struck out seven batters and walked three to pick up the win. The 6-foot-4 southpaw carried a no-hitter into the sixth inning, but with two outs in the bottom of the sixth, James Free broke it up with a single into left field.
“Bailey did an outstanding job for us today,” Huskies coach Kevin Chavez said. “He is coming along as a four-year varsity athlete. He has really matured as a pitcher, which has made him much stronger. He was dominant out there, and it’s tough for teams to beat him.” 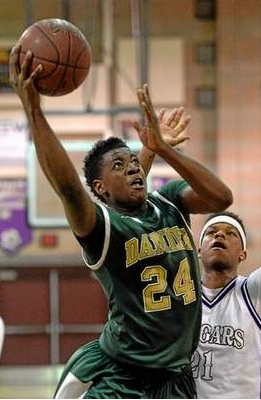 HE FITTS IN JUST FINE: Nobody around the Damien High School boys basketball program is willing to label Malik Fitts as the team’s second fiddle to standout Jeremy Helmsley. He’s too good for that.
But throughout basketball history there has always been a Scottie Pippen to a Michael Jordan. A Russell Westbrook to a Kevin Durant. And for Damien, a Fitts to a Helmsely.
Sure, Helmsley is thee man for the Spartans. Without the San Diego St.-bound guard, Damien likely isn’t playing in Friday’s CIF State Division 3 championship game against Campolindo at Haas Pavilion in Berkeley. 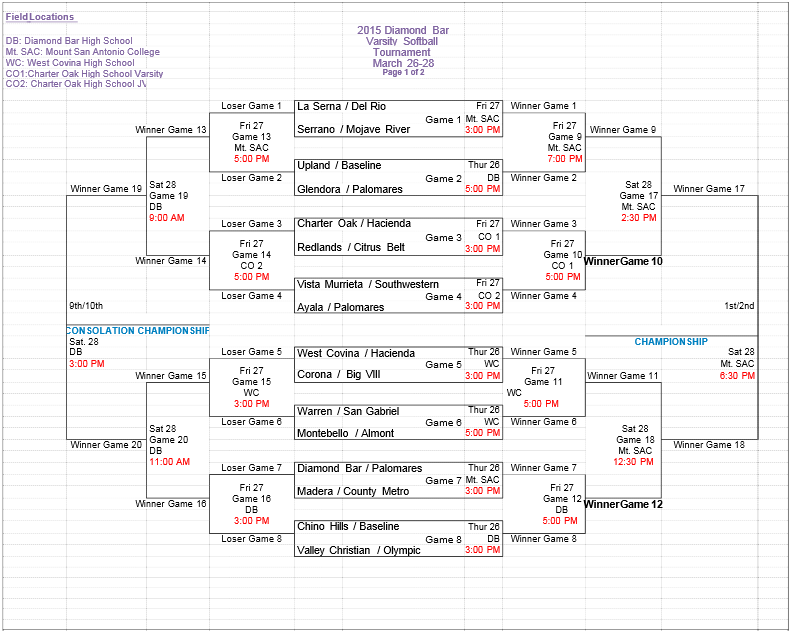