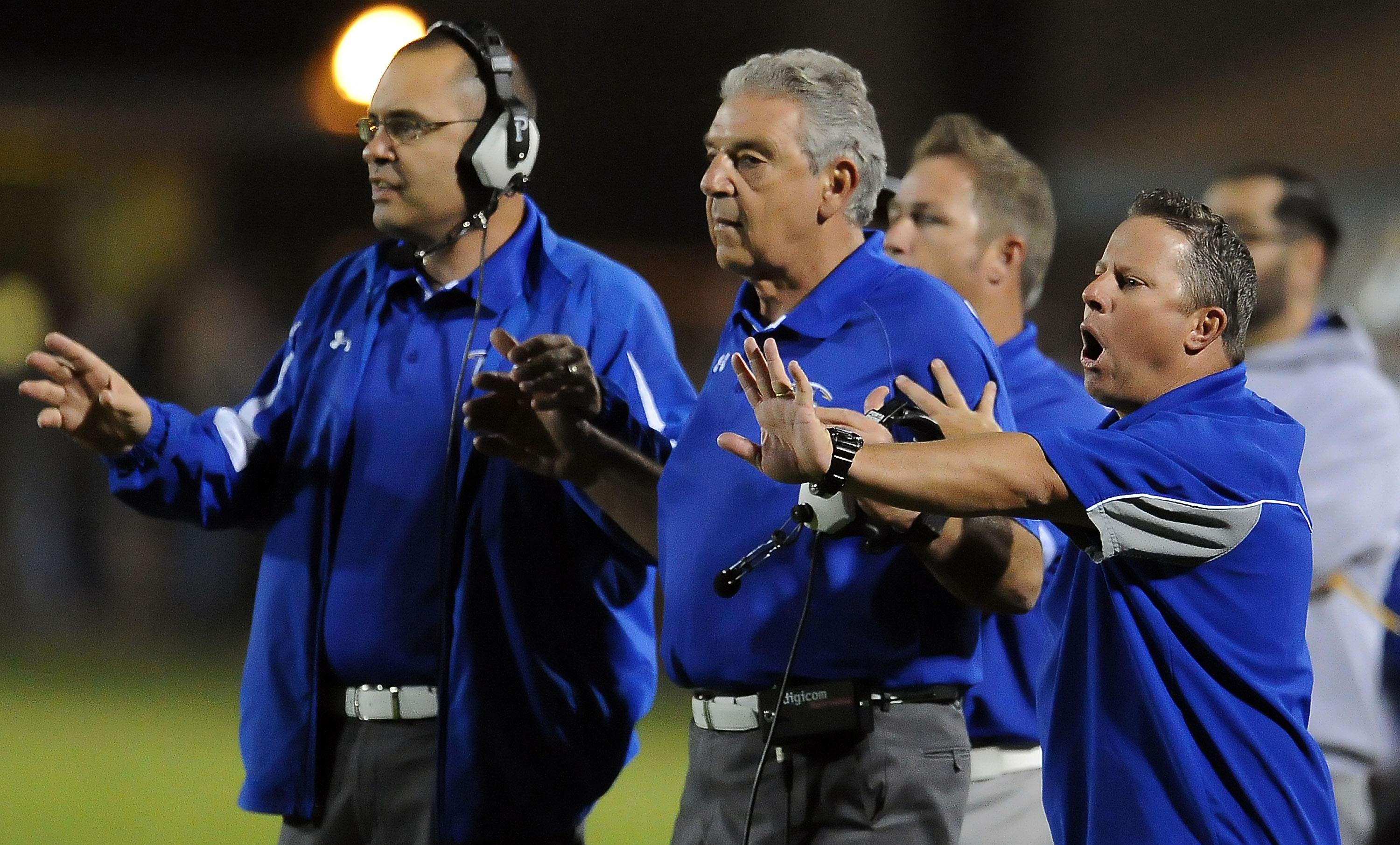 By Aram Tolegian
It used to be that spring football marked a special time on the high school football calendar.
It was a first step toward the upcoming season, if you will. Players and coaches would reunite and for three weeks or so hold practices in T-shirts and shorts, the consequences of which are debatable.
These days, though, spring practice is merely the latest activity in a offseason of that seemingly never ends.
“Spring football isn’t spring football anymore,” veteran Charter Oak head coach Lou Farrar said. “The offseason is never really ‘off’ anymore. When real football practice started in August, you used to wait for it. But it’s always there now.
“You don’t want to diminish the season, but the preparation is so long.”
Over the next week or so, most area teams will begin their own manicured version of spring practice.
At Charter Oak, the practices will be four days a week and offer a chance to any would-be player on campus to join the 68 guys who have been part of the offseason festivities since the season ended last November. Farrar isn’t expecting a big turnout.

At La Mirada, head coach Mike Moschetti’s team just began the program’s grueling two-week early morning workout known as “Conventus,” which in Latin means “coming together.”
The Matadores do just that every day in the school gym at 5:15 a.m. For the next hour they’re put to rigorous agility drills which often lead a new definition of morning sickness.
“It’s kind of turned into a cool culture here at La Mirada,” Moschetti said. “It’s kind of a rite of passage here that if you want to play football, you have to go throw Conventus.
“They have to get up early, get out of bed and get used to being uncomfortable. There’s no hiding. It’s literally an hour full of physical and mental toughness.”
Moschetti’s players will probably rejoice in two weeks when the Matadores return to the field for more traditional practices.