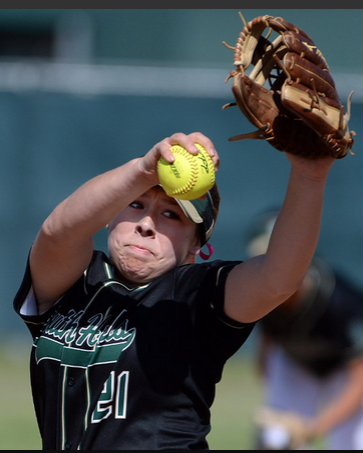 SOUTH HILLS SNAPS STREAK: The Glendora High School softball team had its seven-game winning streak snapped by South Hills, which won 4-1 in eight innings Wednesday, handing the Tartans their first loss in Palomares League play and moving to just one game of first place.Glendora scored first, getting on the board in the bottom of the third inning, but the Huskies got a solo home run from Christie Aguilar to even the score and force extra innings. Then in the top of the eighth South Hills scored three runs, taking advantage of a series of mistakes by the Tartan defense.After Melysia Ortega drew a leadoff walk, pinch runner Caitlyn Felina stole second base and moved over to third base on a single into right field by Clarissa Perez. A wild pitch scored the tie-breaking run and Perez advanced two bases while there was the play at the plate.

Baseball
Glendora 4, Claremont 1 — Ryan Beyer was the winning pitcher, Race Gardner went 2 for 3 with an RBI and Caleb Watkins had a triple and an RBI to lead the Tartans (18-6, 6-4) to the Palomares League victory. Raymond Romo had a single and an RBI and Nick Kaye hit a single for Glendora.
Rosemead 5, Marshall 4 — Joshua Nava was the winning pitcher, striking out three and Johnny Leanos went 2 for 3 with three RBIs and a double for the Panthers (9-10, 5-3) in a Mission Valley League win. Rosemead’s Angel Lopez went 2 for 3 with an RBI and Alejandro Dominguez and Dillon Wehrung each had a double. David Martinez went 3 for 3 with two RBIs, Matthew Arnst had two hits and two RBIs and David Braun had a double for the Eagles (6-11, 3-5).
Garey 10, Bassett 7 — Omar Martinez was the winning pitcher, striking out five, and had two RBIs and Oscar Mejia went 3 for 5 with two triples and a double to lead the Vikings (14-4, 10-0) to the Miramonte League victory. For Garey, Randy Leyva had two singles and Michael Santana went 2 for 3 with a double. Frankie Villanueva pitched six innings, striking out six and Matthew Robles went 5 for 5 with two doubles and three RBIs for Bassett (5-8, 2-8).
West Covina 3, Los Altos 1 — Alex Carrillo was the winning pitcher, improving to 6-1, and Eddie Vasquez had an RBI single to lead the Bulldogs (12-10, 6-4) to the Hacienda League victory.

Softball
Marshall 14, Rosemead 4 — Freshman Kristen McCann was the winning pitcher, striking out 10, and went 3 for 4 with two homers and six RBIs to lead the Eagles (4-11, 2-6) to the Mission Valley League victory. Also contributing to Marshall’s win were Samantha James who went 4 for 5 with a home run and two RBIs, Kailey Henderson who hit a home run, Breanna Howard who went 3 for 3 with a double and three RBIs and Kaylah Abdullah and Emelly Cruz who each had a double.
Nogales 3, Covina 2 — Chase Martinez was the winning pitcher, Mia Escobar went 2 for 3 and Macie Lewis had a hit to lead the Nobles (13-5, 3-2) to the Valle Vista League victory against the Colts (12-8, 3-2).
Ayala 8, Diamond Bar 7 — Kennedy Clark and Taylor Rowland each had three RBIs, a double and a home run and Amanda Acevedo had a double for the Bulldogs (9-11, 1-4) in a Palomares League win.

Boys golf
Bishop Amat 223, Cathedral 264 — Donovan Delgado shot a 42 at Santa Anita Golf Course par 36 to lead the Lancers to finish their season 10-5 overall and 7-3 in the Del Rey League. David Rojo and Jeremy Urueta each shot a 44 and Jonathan Ochoa shot a 46 for Bishop Amat.

Football gear stolen from a locker room at Northview High School was returned to the team Tuesday after the head coach caught two teens wearing the stolen gear on the street. At about 5:30 p.m., the head coach of the varsity football team was driving in the area of San Bernadino Road and Vincent Avenue when he saw two male individuals wearing the team’s new jerseys, said Covina police Sgt. Gregg Peterson. 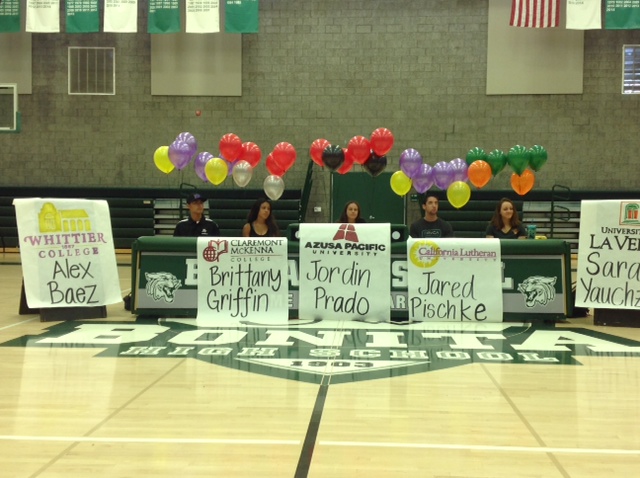 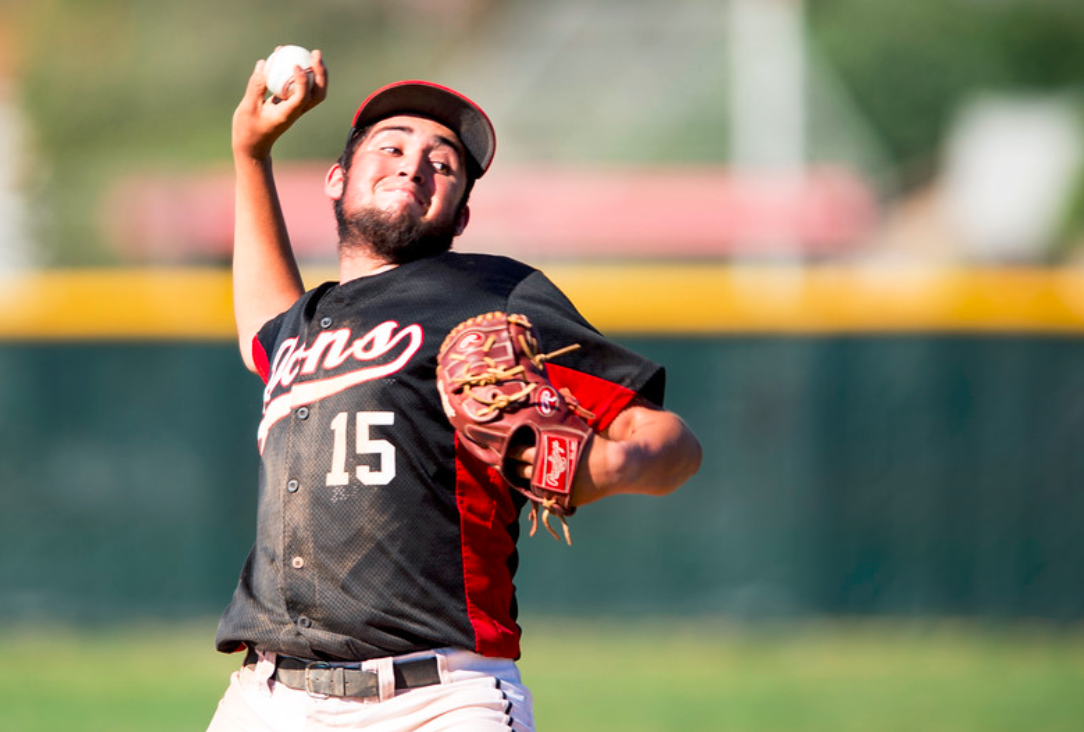 Sierra Vista beats Happy Rock: With only five games left in the regular season, the Sierra Vista High School baseball team sits atop the Montview League with a two-game lead.A 4-3 victory, led by senior designated hitter Steve Aguayo’s run-scoring single in the sixth inning over visiting Gladstone Tuesday, moved the Dons closer to claiming their third consecutive league title.With the game tied at 3-3 in the bottom of the sixth inning, senior right fielder Adonis Belt (two runs, stolen base, single) opened the inning with a single to left-center field, followed by another single by senior first baseman Jorge Montes (two stolen bases). Both runners advanced into scoring position on a double steal.After a walk to shortstop Austin Morales to load the bases, Aguayo followed with the go-ahead run-scoring single. The Dons would have had a two-run advantage on the single, but Montes was cut down between third and home.“This is my third year on varsity, and I’m just glad to get the winning hit (Tuesday),” Aguayo said. “We love winning, we love winning here.”

Softball
Chino 14, Walnut 1 — Tiffany Kennedy-Cummings was the winning pitcher, striking out eight, Corina Gamboa hit a three-run homer and Emily Ballesteros went 2 for 4 with a three-run double for the Cowboys (14-4, 5-0) in a Hacienda League win.
St. Paul 15, La Salle 5 — Gabby Walker was the winning pitcher, Taylor Fogle went 2 for 2 with four RBIs and a homer and Niko Walker went 3 for 5 with four RBIs to lead the Swordsmen (16-6, 7-1) to the Del Rey League victory. Also contributing to St. Paul’s victory was Myranda Bueno who went 3 for 5 with four runs scored.
Bishop Amat 9, St. Joseph 0 — Alexis Vargas was the winning pitcher, Alyssa Barrera went 4 for 5 with three RBIs and Samantha Diaz had a two-run homer for the Lancers (14-6, 7-1) in a Del Rey League victory.
Charter Oak 9, West Covina 0 — Cloe Ochoa and Sereena Ortiz combined on a shutout to lead the Chargers (14-7, 4-1) to the Hacienda League victory. Ochoa pitched five innings, striking out four and Ortiz pitched the last two innings, allowing no hits. Ochoa also went 2 for 4 with a double and four RBIs. Charter Oak’s Kaile Chavez went 2 for 2 with a two RBIs, a homer and a double, Marissa Chavez went 2 for 2 with an RBI and two runs scored, and Christine Pinela went 2 for 3.

Baseball
Bishop Amat 2, Serra 0 — Isaac Esqueda and Xavier Chavez combined on a no-hitter for the Lancers (13-9-1, 7-2) in a Del Rey League victory. Esqueda pitched six innings, striking out 10 and Xavier Chavez struck out a batter. Torreahno Sweet and Jayson Gonzalez each had an RBI double.

Why have one all-star event when you can have two?
This year there will be a San Gabriel Valley Tribune Area all-star underclassmen and senior baseball game at Mt. San Antonio College on Saturday, June 13. South Hills coach Darren Murphy is the tournament organizer along with help from other area coaches who wanted to keep the annual event in the East San Gabriel Valley baseball hotbed, where schools, players and families in the Tribune coverage area can send the seniors off in style, and showcase the future stars. Murphy and organizers are still sorting how they will select players and match the teams, so there will be more to come later.
The annual San Gabriel Valley Blue/Red All-Star baseball baseball games, run by Nogales coach Donald Montanez and Alhambra’s Steve Gewecke, is set with the underclassmen game at Alhambra High School on Sunday, June 7, with the senior game on Monday, June 8 at East Los Angeles College.
By having the all-star games a week apart, players who get selected for both events and want to participate can do so. It’s their choice and a win-win for players on both sides of the Valley.