FORMER AREA COACH RICHARD SHEEHAN NAMED SUPERINTENDENT: The Covina-Valley Unified board of education hired a district alumnus and former employee as its a new superintendent during a brief meeting Tuesday.

Richard M. Sheehan will receive a base salary of $259,000 annually beginning July 1 as part of the three-year contract, which was released after the board meeting.
“I’m very excited to be coming home,” Sheehan said.

The current Glendale Unified superintendent since 2010, Sheehan worked at Covina Valley for 17 years as a teacher and coach at Covina High School, then principal at Northview High School and director of curriculum and instruction at the district office, according to his Glendale Unified biography.

SHEEHAN BROUGHT IN TO CLEAN UP MESSES LIKE TODAY’S NEWS: South Hills High School spent $15,000 from a student-run account to pay for staff appreciation lunches, employee T-shirts and three trips to beach resorts in the last two years, according to documents obtained by this news organization.

Boys volleyball
Corona Del Mar 3, Damien 0 — Christopher Jorristsma had 10 kills, Chris Mercado had seven kills, Christian Hernandez had 28 assists and Nickolas Hibshman had 16 digs for the Spartans (26-7) in a 25-17, 25-15, 25-18 California Regional State Playoff first-round loss. “I couldn’t be happier with this season,” Damien coach Randy Bohlman said. “We have been league champions for three years in a row; we had a great season.” Damien’s volleyball program began in 2011, and won league championships in 2013, 2014 and 2015.

Baseball
Walnut 4, Temescal Canyon 1 — Andre Alvarez went 2 for 2 with a double, two RBIs and had a stolen base, and Christian Longoria was the winning pitcher, striking out five to lead the Mustangs (19-7-2) into the CIF-SS Division 3 quarterfinals with their 16th straight win. Mustang Andy Rodriguez had a base hit and an RBI.
Monrovia 4, Moreno Valley 3 — Eric Herrera had two hits with an RBI and Brian McConnell struck out six for the Wildcats (23-4) in a CIF-SS Division 5 second-round victory. Nick Garcia and Isaiah Ramos each had an RBI and Juan Quinonez had two stolen bases for Monrovia.

Softball
South Hills 2, Villa Park 1 — Natalie Lugo was the winning pitcher, striking out 15, Clarissa Perez went 3 for 5 with two RBIs and Christie Aguilar had a single, a double and two runs scored for the Huskies (19-7) in a Division 2 second-round victory.
Bishop Amat 4, Burbank 3 — Samaria Diaz was the winning pitcher and Miranda Larios had two RBIs to lead the Lancers (19-7) to the Division 3 quarterfinals. Bishop Amat’s Alyssa Barrera and Clarissa Bracamonte each had an RBI.

San Dimas junior Jacob Castillo is 11-0 and in 76 innings has allowed ONE earned run with 109 strikeouts. That's insane.

TO SUM IT UP: San Dimas’ easy 17-0 victory over Garden Grove to advance to the Division 3 quarterfinals improves the undefeated Saints to 30-0 and ties it for fourth with two others for the longest winning streaks in Southern Section history. Cornerstone Christian (2010) and Santa Maria St. Joseph (1997-98) also won 30 straight. Lompoc and Rio Mesa share the all-time record with 36 consecutive wins. Saints junior Jacob Castillo struck out 13 Argonauts and threw a no-hitter to pick up his 11th win of the season. Walnut, the hottest team other than San Dimas, won its 16th straight scoring three runs in the bottom of the sixth to pull it out. Bishop Amat trailed 3-0 early, then exploded to win easily. Bonita, which finished third in the Palomares league, shocked San Gabriel Valley league champion Gahr, 7-2, and now will get top-seed San Clemente, a 10-1 winner over Dos Pueblos. Damien, the Cinderella story after knocking off Glendora in a thriller last Friday, watched its season end in a 7-1 loss to Royal. 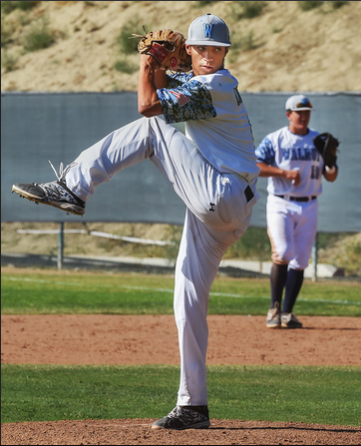 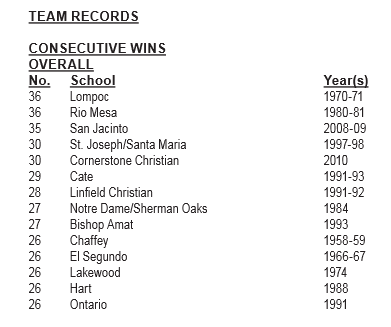 TO SUM IT UP: Area softball fared well today. San Dimas ended Edgewood’s undefeated season with an 8-1 win, but the Lions have some juice, they’ll be solid in years to come. The story of the day is what Bishop Amat did. They trailed Burbank 3-0 and scored four runs in the seventh to pull it out. And they did it against one of the better pitchers in the section. South Hills stayed alive with a nine-inning 2-1 win over Villa Park and Sierra Vista, yes, Sierra Vista is moving on to the D-5 quarterfinals after a 2-1 win over Louisville. Glendora ran into a buzz-saw, getting no-hit in its 1-0 loss to Westlake. 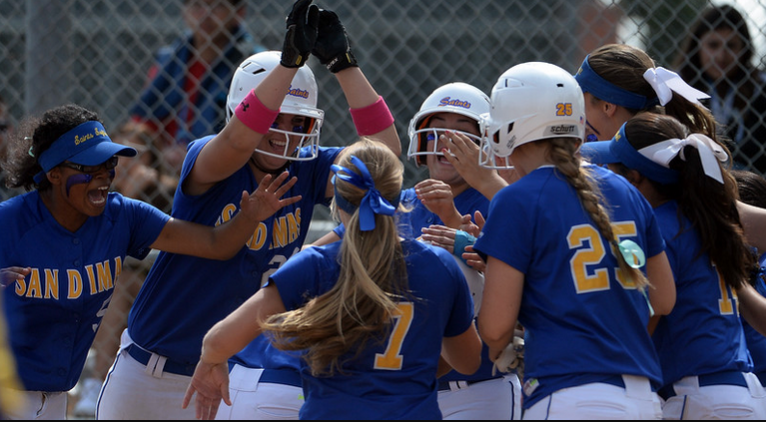 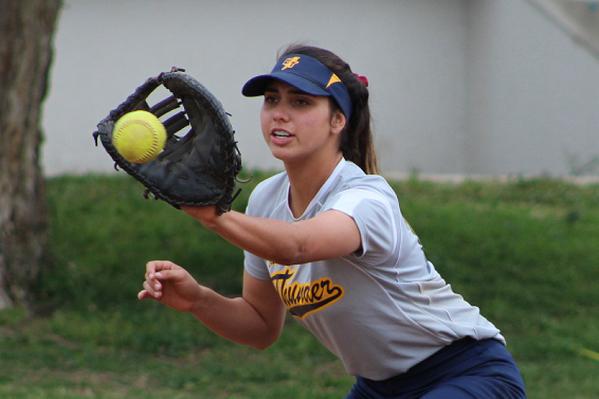 #PRAYFORDANA: Check the #prayfordana website for updates and where to send donations to the family.

STORY: Etiwanda High School freshman softball standout Dana Housley battled for life Tuesday as friends, teammates and the softball community throughout the nation rallied around her.
Dana, 15, suffered a brain aneurysm in the batter’s box in the last inning of a travel ball game for the California Thunder on Saturday. She was on life support in the ICU at Kaiser Hospital in Fontana, Thunder spokesman Mark LeVier said Tuesday.
As news of Dana’s condition spread across the nation, there was an outpouring of support on social media. Classmates and even those who did not know the athlete posted messages using the hashtag #PrayforDana.Athletes took to social media to share images sporting Dana’s jersey number 21 inscribed on their arms, as well as on ribbons, and one softball player said she was dedicating her season to Dana. 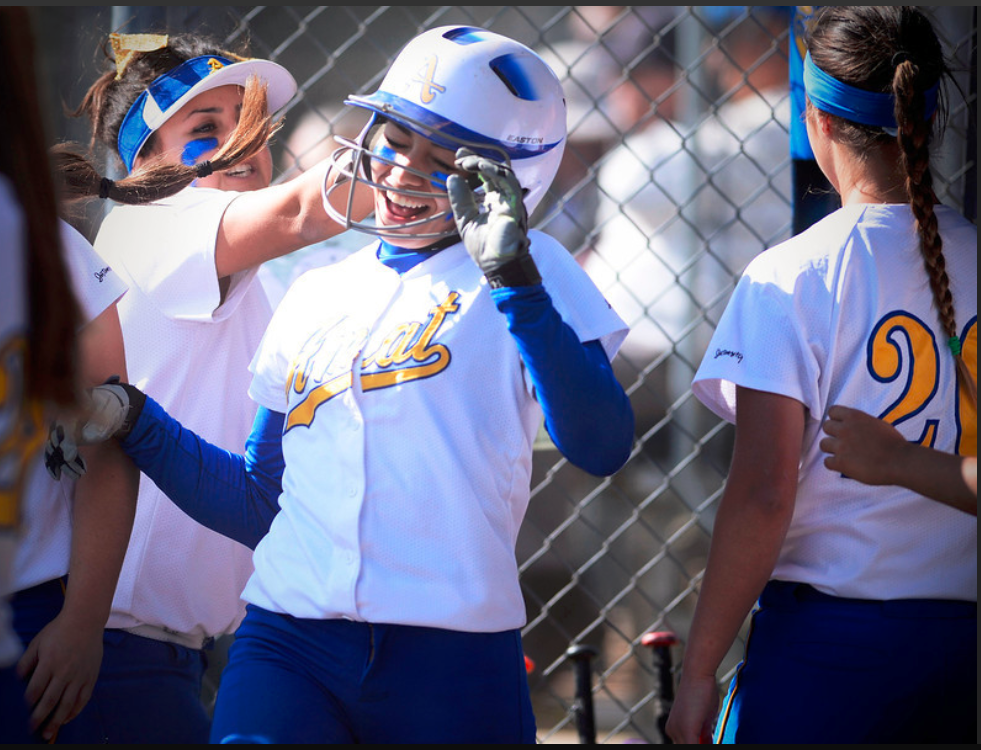 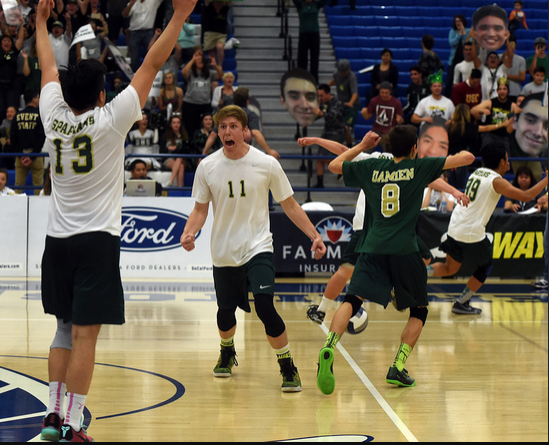 DAMIEN WINS IT: Making history is always fun.
Just ask Christopher Jorritsma, a senior on the Damien boys volleyball team.The opposite side hitter was all smiles after he and the Spartans pulled off a four-set victory over Arrowhead Christian in the CIF Southern Section Division 5 championship final on Saturday at Cerritos College.
“So good, it feels so good,” Jorritsma said as the team posed with its new CIF championship plaque.The 12-25, 25-18, 25-20, 25-22 triumph secured the program’s first CIF championship in just its fifth year.
“To know that we started this, it’s great to know that we got it going,” senior setter Christian Hernandez said. “We did this for the program, for the future.”