By Keith Lair
Boys Track and Field Athlete of the Year
Zach Shinnick, Damien, sophomore
There is a stigma with being a sophomore athlete. The knowledge is there, but the performances don’t always match that knowledge. Damien High School’s Zach Shinnick defied that stigma on the track this past season. The sophomore was beyond consistent. He was more like a master clock. Enough to earn Athlete of the Year honors.
Seven times this season Shinnick ran a 400-meter race faster than 48 seconds. Although his last victory was in the Baseline League finals, Shinnick had a huge postseason. He finished second in the CIF State 200 finals and third in the 400 finals.
“My goal was to just to make it to the state meet,” he said. “Anything after that was a blessing.”
Shinnick finished third in the 200 and 400 CIF Southern Section finals, getting a personal-record time of 21.09 in the 200, although he had a 2.3 meters-per-second tailwind.
His times in both events kept improving. He finished second in the state meet in a wind-legal time of 21.10. He was third in state in the 400 in a personal-record 47.19. Those performances earned him Athlete of the Year honors.
For almost all of the season, Shinnick anchored the school’s 4×100 relay team. That squad finished third in the CIF-SS divisional finals in a season-best 41.73 and qualified for state. But senior sprinter Thaddeus Smith, who ran the team’s second leg and was entered in the state 100 and 200, was injured in the relay race. The team still made it to the finals and finished eighth with Shinnick running the second leg.
He also ran the anchor leg in the 4×400 relay, which finished third in the CIF-SS finals in 3:20.21.
“Coming into this year, I wanted to make to the finals,” he said. “I have a good coach and my times were dropping. I went out with a bang. There was not a high chance I’d get first, so I just ran for second (in the 200) and I got it.”
Although Shinnick ran 13 400 races this season, coach Mike Williams said he tried to keep his sophomore from running so many. So he put him in some 100-meter races. Shinnick had a best wind-aided time of 10.55 at the Mt. SAC Relays. He had a best wind-legal time of 10.70.
He finished ninth in the CIF-SS finals as a freshman in the 400.
“I’m really excited,” he said. “I have two more years to challenge for that top spot. I will be working really hard top achieve that.” 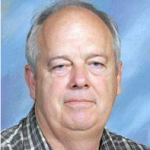 Having two of the best sprinters in Southern California is good start to having a successful season. Throw in a middle-distance runner and a few field athletes and a track coach can take a team a long way in postseason competition.
Williams was able to put together a solid supporting cast for standouts Zach Shinnick and Thaddeus Smith to help earn Williams Coach of the Year honors. The pair advanced to the CIF State Championships and they helped lead the Spartans’ 4×100 relay team to the state meet, too. Damien finished second in the CIF Southern Section Division 3 team competition and eighth in state. They lost Smith for the state finals to injury and still managed to put together a big finish with a quick replacement team.