By Keith Lair
TRACK AND FIELD ATHLETE OF THE YEAR
Kayla Richardson, Walnut, junior
Kayla Richardson was injury-free and fast in 2015.
The Walnut High School junior won a pair of CIF Southern Section championships and advanced to the CIF State meet. The effort earned her Tribune track and field Athlete of the Year honors.
“I’m meant to compete at this level and I’m glad for how I did,” she said of her CIF-SS victories.
Richardson had the fastest times in the 100 meters (11.65), 200 (23.45) and 400 (56.53) in the San Gabriel Valley this season. She won CIF-SS Division 1 titles in the 100 and 200, running that season-best 11.65 in the 100 and a wind-aided 23.45 in the 200.
A key was fewer short races this season. Richardson ran only three 100 races until the Hacienda League finals. She won that meet in a wind-aided 11.86. She finished the high school season running eight 100s, but failed to compete in the CIF State finals despite having the preliminary meet’s No. 5 time, her fastest of the year. She also did not compete in the state 200 despite qualifying fourth in that event.
Richardson decided to compete in the Asian Southeast Games in Singapore and left Fresno after the Friday qualifying meet to catch a flight. She won the 100 and was second in the 200 while running for the Philippines.
Richardson also helped the Mustangs win the 4×100 relay and qualify for the state meet. They finished 14th and did not advance to the finals.
She broke her own school records in the 100 and 200 and the relay team also set a school record.
“The records we have at our school are pretty remarkable,” Walnut coach Keith Thompson said. “I’m excited for what she can do next year. It could be lights out.”
Staying away from the sprints earlier in the season helped Richardson avoid late-season injuries.
“Keeping my legs off the intensity of speed work helped me prepare to run later on,” Richardson said. “It was a hard time running those 4s.” 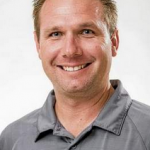 Walnut High School had one of its biggest contingents in the CIF Southern Section Finals meet in recent seasons.
The Mustangs, who had a top team finish in the CIF-SS meet, did it with just four athletes: Kayla Richardson, Malia Avila and a 4×100 relay team that included both athletes. Thompson earned Tribune Coach of the Year honors as a result.
Richardson advanced to the CIF State meet in the 100 and 200 and the junior, Avila, Kyla Richardson and Victoria Sandoval competed on the relay team. Two Walnut boys also competed in the state meet in Clovis.
In the Hacienda League finals, the Mustang girls won every running event.