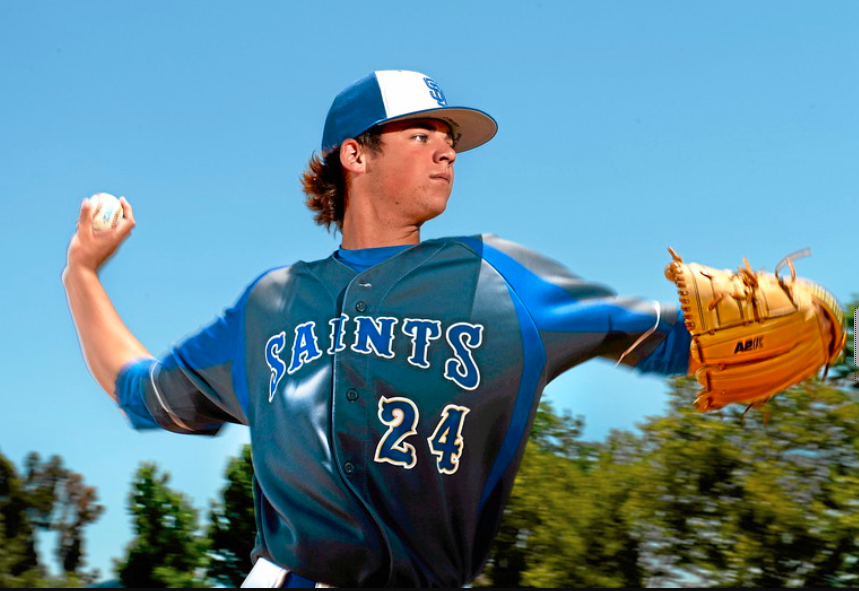 2015 TRIBUNE ALL-AREA BASEBALL TEAM
Player of the Year
Peter Lambert, San Dimas
Mike Regan has had a lot of good players in his 16-year tenure at San Dimas. But few, well none, have been as dominant as senior right-hander Peter Lambert was this season.Lambert was nothing short of spectacular. He had 13 starts and completed nine of those. Five were shutouts and he allowed only four earned runs and managed 113 strikeouts in 83 innings for a miniscule ERA of 0.43.
And that’s just what he did on the mound.
He also hit .295 and came up with some clutch hits, excelling at shortstop when not on the mound.
Lambert, who led the Saints to a San Gabriel Valley record 31 straight wins before a semifinal loss to Walnut, was named the San Gabriel Valley Tribune baseball player of the year. 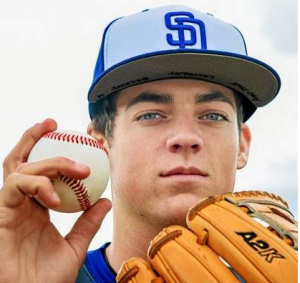 He also was named the CIF Southern Section Division 3 player of the year and was named Most Valuable Player in the Valle Vista League for a second time, sharing that award with teammate Jacob Castillo.
“I was pretty happy with what I was able to do,” Lambert said. “I wanted to give my team a chance to win and I was able to do that. We really wanted to win it all as a team but we still had a great time and there were some great moments.”
Lambert was dominant last year as a junior, the first year in which he saw full-time duty as a pitcher. He continued to build on that season this year, refining all of the pitches in his repertoire and learning the finer points of pitching,
“Pitching is about more than just throwing hard,” he said. “I really think I became a better pitcher and learned more about how to get guys out and how to use all my pitches.”
Lambert has signed with UCLA but has a choice to make. He was drafted by the Colorado Rockies in the second round with the 44th overall pick in the draft. Regan said it was the highest any player from the school has been selected.
He had about two dozen or so major league baseball scouts in attendance every time he took the mound. Learning how to deal with that was part of the process.
“You like to try and ignore it but you know they’re there,” he said. “You still have to go out and do your job. After awhile you get used to it and just focus on getting each batter out.”
— Michelle Gardner

Coach of the Year
Paul Acosta, Walnut
Acosta, who is in his third year as the Mustangs’ head coach, but who has been an assistant involved with Mustangs baseball for over two decades, knew what the school’s magical run to the CIF-Southern Section Division 3 finals meant during their quarterfinal victory at home.
The Mustangs had just beaten Quartz Hill when Acosta peered over at Karla McKenzie, the Mustangs’ longtime booster. 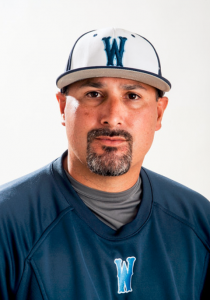 “We were playing in front of our biggest crowd of the year and I looked over at our snackbar and there was Karla with this look, this glow on her face. It had been so long since Walnut baseball had done anything that the proud look on her face spoke for all of us.”
After starting 3-7-1, Walnut won 18 straight, which included winning the Hacienda League, the school’s first baseball league title since 1996. But the biggest moment of the season came in the Division 3 semifinals.
Walnut reached the championship in the most unexpected way, knocking off undefeated and USA Today No. 1 San Dimas, 4-1, in the semifinals, to give the Saints their lone blemish, finishing 31-1.
Walnut’s rally cry on social media, #WhyNotUs, had become reality as it advanced to its first championship game since 1982.
Walnut lost 10-0 to Redondo Union in the championship, but the surprising season that few expected was more than enough to earn Acosta San Gabriel Valley Tribune baseball coach of the year honors.
“For the rest of their life they’ll be able to tell the story and tell their kids how they beat San Dimas, how they knocked off a 31-0 team,” Acosta said.
And the reward is respect.
“This year to me officially puts Walnut baseball back on the map,” Acosta said. “We’re not going to sneak up on anybody anymore. And that’s how it should be. We should have bigger expectations from here on out.”
— Fred Robledo 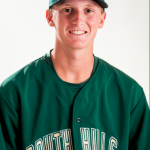 Named the Palomares League most valuable player and also earned Division 2 first-team honors. The Long Beach State commit was sensational for the Huskies finishing undefeated with an 8-0 record with an impressive 0.76 ERA in 55 innings, allowing just six earned runs all year. His best performance came down the stretch with a 1-0 complete game shutout over Bonita, allowing just four hits. 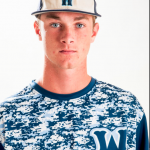 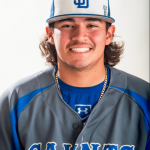 The co-most valuable player from the Valle Vista League and a Division 3 first-team performer is a San Diego State commit who was brilliant all season whether pitching or playing shortstop. On the hill Castillo was 11-1 with a 0.43 ERA with a 119 strikeouts in 82 innings. He also batted .341 with four doubles and 16 RBIs. In the Saints’ Division 3 second-round win over Garden Grove (17-0), Castillo threw a no-hitter with 13 strikeouts. 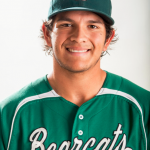 In addition to being a strong defensive presence behind the plate, Gomez was a big offensive threat in earning Palomares league first-team honors for the Division 3 quarterfinalists. He batted. 402 with a team-leading 29 RBIs with 20 runs scored. He also led the team with eight doubles to go with a triple and home run. 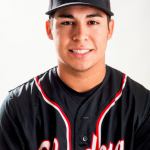 Was named to the Division 2 first team while also earning Palomares League first team honors for his consistent offense and defense. The first baseman helped the Tartans capture the league title with a smooth-swinging bat. The 6-foot-3, 210-pounder batted .416 with a team-leading 25 RBIs. He also had eight doubles, a triple and 13 multi-hit games. 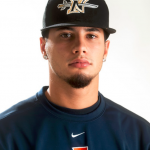 One of the best age-group players in the Southland, Amaya already has given a verbal commitment to NCAA Division 1 power Cal State Fullerton. The shortstop was one of the few bright spots for the Vikings, batting. 515 with with 21 RBIs and 26 runs scored. In the power department he belted 12 doubles with three home runs and three triples to earn Valle Vista league first-team honors. 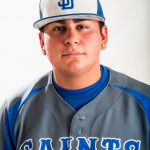 Acuna was the Saints’ best offensive weapon while also playing third base the second half of the season. Acuna, named to the Valle Vista League first team, batted .529 with 25 RBIs and eight doubles. His only home run came in the regular season finale against Wilson, belting a three-run homer in the fifth inning to keep the Saints’ undefeated season alive in a come-from-behind 3-2 victory. 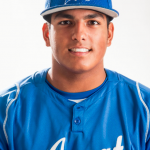 At 6-foot-2, 210 pounds, the third baseman who already has verbally committed to Vanderbilt is one of the top players in the country for his age group. He had a productive season for Amat, which tied for the Del Rey League title and advanced to the Division 3 semifinals. Gonzalez, a first-team all-league selection, batted .415 with 17 RBIs, five doubles, three triples and two home runs. 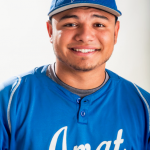 Named to the Del Rey League and Division 3 first team after helping his team share the league title and advance to the Division 3 semifinals. Robles, who is heading to Cal State Bakersfield, was a big performer at the plate. He batted. 373 with 15 RBIs, four home runs, three doubles and two triples. 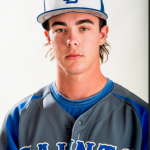 Was one of the best run-producers for a Saints team that finished 31-1 and advanced to the Division 3 semifinals before losing its only game of the season. The Valle Vista league first-team performer batted .322 with 23 RBIs while also scoring 20 runs. Longtin also was considered one of the area’s best defensive outfielders. 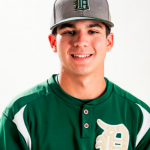 The Baseline League first-team selection helped the Spartans earn a playoff spot down the stretch, which the Spartans used to upset Palomares league champion Glendora in the first round of the CIF-SS Division 2 playoffs after winning a wild-card game to advance. Benedict batted .386 with 18 RBIs, 12 doubles and four home runs.