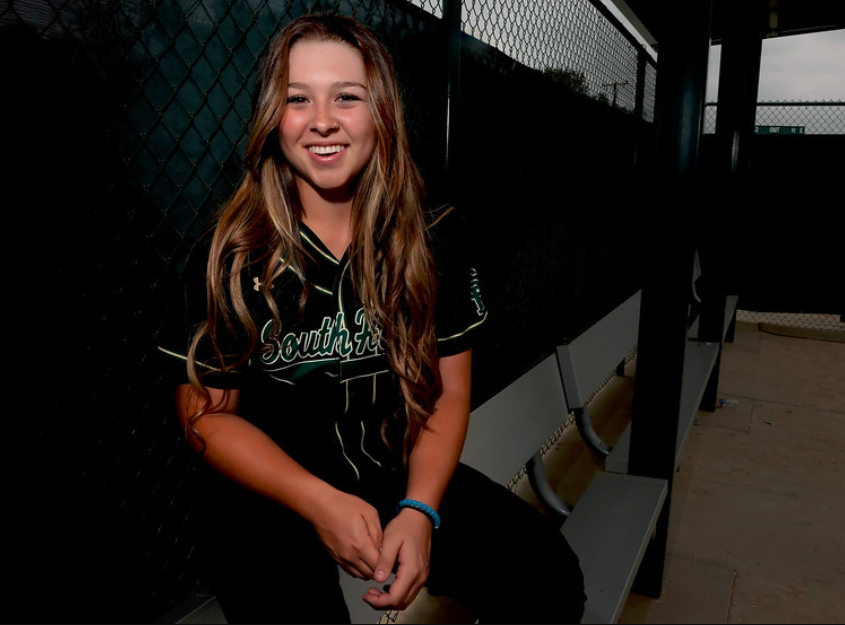 2015 TRIBUNE SOFTBALL ALL-AREA TEAM
PLAYER OF THE YEAR
Natalie Lugo, South Hills, Sophomore
When her high school career is finished, Lugo could go down with the best in San Gabriel Valley history. Her numbers might not resemble those from previous era’s when the pitching distance was shorter and when hitters weren’t nearly as talented as those today thanks to the increasing influence of travel ball.
But here’s the deal, you don’t get offered a full scholarship as a freshman pitcher to now two-time defending NCAA champion Florida without being something special.
Lugo, who committed to the Gators as a freshman when she earned all-area first-team honors is the 2015 Tribune softball player of the year after leading South Hills to the CIF-Southern Section Division 2 semifinals. Lugo also was selected to the Division 2 first team.
On a team that was somewhat offensively challenged, Lugo carried the load, finishing 15-6 with a 0.73 ERA. She completed 13 games with seven shutouts and the power pitcher struck out an area-leading 263 in 143 innings.
Lugo threw three no-hitters, which included a 1-0 win over Aliso Niguel in eight innings with 16 strikeouts. She also had another eight-inning no-hitter in a 3-1 win over El Segundo in which she struck out a season-high 19. She struck out 10 or more in 17 games.
In the playoffs, Lugo stood up to the challenge. 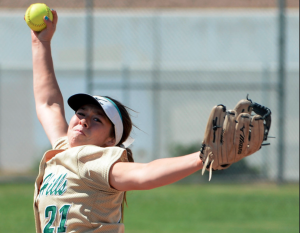 In the Huskies’ 2-1 second-round win over Villa Park, she pitched all nine innings with 15 strikeouts.
In the 6-1 quarterfinal win over Agoura, she gave up just two hits and struck out 11.
Even in defeat, she was tough, losing 2-0 in the semifinals to powerful Mission Viejo, who at the time was undefeated and ranked No. 1 in the country by USA Today.
Lugo went all seven innings giving up just one hit and one earned run while striking out 13 Diablos.
“When we played against Mission Viejo the (NCAA) super regionals was on and I pretended like it was a college world series game,” Lugo said. “We knew how great Mission Viejo was, but I kept telling myself to handle it because this is what it’s going to be like in college.”
Fortunately for South Hills, Lugo has two more years to master her craft before saying goodbye.
“It was a great year, we made it our goal at the beginning of the season to go as far as we can and getting to the semifinals was a big accomplishment,” Lugo said. “Our goal next year is to get to the championship and win it.” 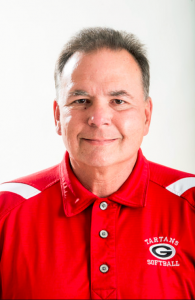 Quiroz made it clear when he took over the Tartans’ program in 2013 that he was interested in developing a program for the long haul, which included everything from changing players’ mindset to having assistant coaches that were engaged.
Glendora had won just seven games the season before Quiroz and it struggled his first two years on the job, going 11-14-1 last year.
But that changed dramatically in 2015, with Glendora finishing 22-7 while capturing the Palomares League title and advancing to the second round of the CIF-Southern Section Division 2 playoffs.
For his efforts, Quiroz has been selected the Tribune softball coach of the year.
“When I got the job the biggest thing was we had a lot of talent but the kids weren’t pulling the rope the same way,” Quiroz said. “Everyone had their own agendas, so it’s taken time to get everyone on the same page and believing that high school softball matters.
“In the world of travel ball there is a sense and belief sometimes that playing high school doesn’t matter. That’s a culture I was fighting to change and I think this season is proof that we were able to turn the corner and represent the school in the right way.” 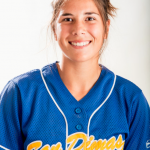 The Valle Vista league most valuable player and Division 5 first-team selection led the Saints to the Division 5 semifinals, losing 2-1 in eight innings to eventual champion St. Bonaventure. Hughes, who is headed to Stony Brook University in New York, was fantastic offensively and defensively. In the circle she finished 12-7 with a 1.80 ERA with 124 strikeouts in 101 innings. At the plate she batted .364 with 31 RBIs and six home runs. The Palomares league most valuable player and Division 2 first team selection verbally committed to Rutgers and had a breakthrough junior season in leading the Tartans to the league title. Keefer led the Tartans to the second round of the Division 2 playoffs, finishing 12-6 with a 1.63 ERA with 142 strikeouts in 133 innings. She also had four complete game shutouts. 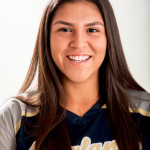 The lone bright spot on a Raiders team that struggled with her consistent hitting and solid defense behind the plate. Rodelo was named to the Division 5 and Valle Vista league first team. This is her second straight all-area first selection, batting .591 with 43 RBIs, eight doubles and seven home runs. 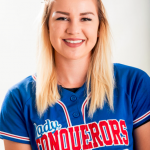 One of the best all-around players in the area is headed to Michigan State after earning her second straight all-area first-team honor to go with her second straight Hacienda League first-team selection. In the circle she finished with a 2.88 ERA, and offensively, she batted .500 with 12 RBIs and two home runs. 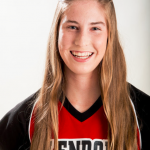 Already verbally committed to Arizona State, the junior showed why with consistent hitting throughout the season to earn Palomares league first-team honors in helping her team to the league title. She batted .500 with 21 RBIs, nine doubles and two home runs. She had at least a hit in every game but four. 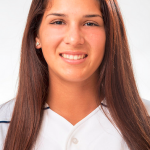 Named the Mission Valley League most valuable player for the second straight season while also earning Division 5 first-team homnors. This is the shortstop’s second straight first-team all-area selection and an easy choice. The University of Arkansas commit was spectacular again, batting .561 with 42 RBIs, 10 home runs and nine doubles for the MVL champions. 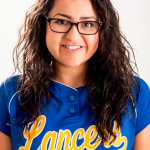 The Lancers’ sure-handed shortstop helped her team reach the Division 3 semifinals and earned Del Rey League first-team honors. Headed to Arizona Western, she batted .387 with 25 RBIs. Her best moment of the season came in a thrilling 4-3 victory over Burbank in the quarterfinals. Trailing 3-0 going into the seventh, it was Larios’ two out, two-run single that gave the Lancers a 4-3 walk-off victory. The Chargers’ third baseman had a sensational season in the tough Hacienda League, helping her team to a co-league championship with Chino. Headed to Azusa Pacific University, Pinela was named the Hacienda League most valuable player and also was selected to the prestigious Division 1 first team. She batted .379 with 18 RBIs, 10 doubles and two triples. The Hacienda League first-team selection was one of the best hitters in the area. She batted .516 with 25 RBIs, four home runs and six doubles. Her most memorable game came early in the season when her three-run homer led to a 5-3 win over Charter Oak to claim the San Dimas tournament title. The speedy centerfielder is arguably the best defensive outfielder in the area, earning all-area first-team honors for the second straight year as well as her second straight Del Rey League first-team selection. Barrera, who helped lead Amat to the Division 3 semifinals, was a tough out, batting. 458 with 30 RBIs, 15 doubles and four home runs. The do-it-all Chavez earned Hacienda League first-team honors for the co-league champion Chargers. The power hitter batted .301 with 20 RBIs, six home runs and six doubles. She also was a force in the circle, going 6-4 with a 2.9A ERA.