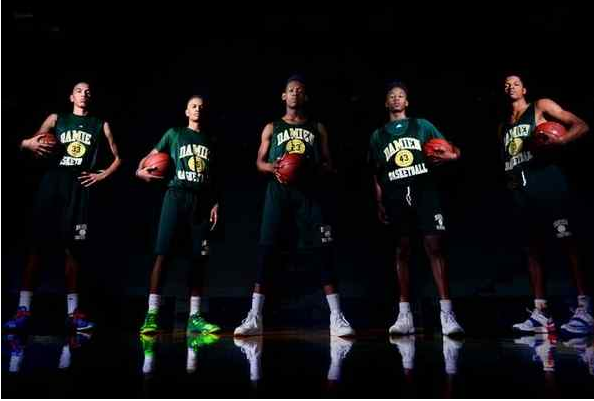 1. DAMIEN
Damien boys basketball standout Bryce Peters, who signed a national letter of intent with Colorado and is the headliner for the Spartans’ defending Division III state champions, was asked what it has been like since legendary area coach Mike LeDuc took over.
“He looks re-charged,” Peters said. “It’s been great. He’s excited for something new.”
LeDuc is one of the winningest boys basketball coaches in section history with 826 career wins. LeDuc won four CIF championships and 15 league titles in nearly 30 years at Glendora before deciding the time was right to return to Damien, where he began his coaching career from 1979-86 before moving to Glendora in 1987.
The opportunity to take over at Damien became available when Spartans coach Matt Dunn, who won a divisional and state title with the Spartans, bolted for St. John Bosco.
“I’m not coming in with the expectation of doing what they did last year, they had a real special team,” LeDuc said. “Our goal is to win as many games as we can and be the best we can possibly be.
“Last year was an incredible year for Damien basketball. Now, we’ve got a new group of kids who are going to write their own story.”
And that group is still pretty special, which is why Damien leads the way as the Tribune’s top-ranked squad as the season gets underway this week.
“The (change) has been great,” LeDuc said. “Of course Glendora was special and there are a lot of memories there. But this is something new and I’m excited about it.”
LeDuc always has let scorers score, so expect Peters to average more than 20 points with a supporting cast that will compete in the super tough Baseline League and be among the favorites in Division 1AA.
Along with Peters, the Spartans return junior Justin Hemsley, the brother of Jeremy Hemsley, who was the back-to-back player of the year now at San Diego State.
Add to that Elijah McCullough, Kaleb Wilborn and 6-foot-7 transfer Isaiah White from Upland to round out what will likely be the starting five.
Peters averaged 14 points last year as the third option behind Jeremy Hemsley and Malik Fitts.
“Bryce is a very, very talented player and this is going to be his opportunity to shine, lead and show what he’s capable of doing,” LeDuc said. “Last year he had to play a different role, this year it’s different and I expect him to have a fantastic season.”

END_OF_DOCUMENT_TOKEN_TO_BE_REPLACED

San Marino, Arcadia and La Canada are the lone remaining representatives from the San Gabriel Valley after Monday’s CIF-SS tennis individual regional tournaments.
The Titans’ Devon Jack and the Apaches’ Michelle Deng both won their singles draws at the Whittier Narrows tennis courts, as did San Marino’s Madeline Gandawidjaja and Libby Chang, Arcadia’s Rachelle Yang and Angelica Zhou and La Canada’s Cassie and Sophie McKenzie in doubles play.
All third-round winners advance to a Round of 20; 12 players will earn berths in the Round of 16 in Seal Beach and eight players will play for the final four berths at Whittier Narrows next week.
Cassie and her older sister, Ally, reached the doubles semifinals last year. Gandawidjaja and Sophia Lee reached the Round of 20.
The Round of 20 is Dec. 1. The Round of 16 and quarterfinals are Dec. 2 with the semifinals and finals Dec. 3.

END_OF_DOCUMENT_TOKEN_TO_BE_REPLACED

SCOREBOARD: Follow the SGVN quarterfinal scoreboards for scoring updates throughout the night

Charter Oak routs Monrovia: When asked how many times he’s taken a team to the semifinals, Charter Oak High School football coach Lou Farrar was stumped. “Nine times? Twelve?” said Farrar, who has won five CIF championships. “I’ll have to look it up and text you.” Whatever the number, Farrar can add one to it after his Chargers posted a resounding 52-14 win over Monrovia in the quarterfinals of the CIF Southern Section Central Division playoffs.”

Sweet runs wild: Bishop Amat’s Torreahno Sweet and Oaks Christian quarterback Matt Corral and USC-bound receiver Michael Pittman put on a quite a show in the CIF-SS Pac-5 Division quarterfinals at Kiefer Stadium on Friday.
But when the dust settled, Sweet and Amat prevailed with a 61-40 victory to end Oaks Christian’s undefeated season and propel Amat back to the semifinals for a second straight year.

Glendora gets payback: Last season Colony defeated Glendora with a hobbled Matt Fink in the second round, scoring two touchdowns late in the fourth quarter to break a tied game, on their way to a CIF-SS Central Division championship. Glendora (11-1) earned an opportunity for redemption and made the most of it, defeating Colony 28-14 on Friday night. The Tartans will host their Mayor’s Trophy rival Charter Oak in the semifinals at Citrus College, The Chargers beat Glendora 28-7 in week 4.

Pomona in thriller over Northview: The Northview High School football team led for 47 minutes, 36 seconds of a 48-minute game Friday night, but a 5-yard run by Darreon Lockett gave Pomona its only lead in a 62-55 shootout, sending the reigning champion Red Devils back to the CIF Southern Section Mid-Valley Division semifinals.
The Vikings (10-2) led by as many as 21 points in the second quarter, but Pomona (11-2) scored three touchdowns on the next four drives to tie the game at 34. Northview scored three more touchdowns in the second half, but each one was answered quickly by a Pomona touchdown.

San Dimas advances to semis: The Paraclete High School football team came up short against San Dimas in a thrilling 43-28 quarterfinal game in the CIF Southern Mid-Valley Division.The game was much closer than the score would suggest with Paraclete trailing by just six points behind with just over 2 minutes left. 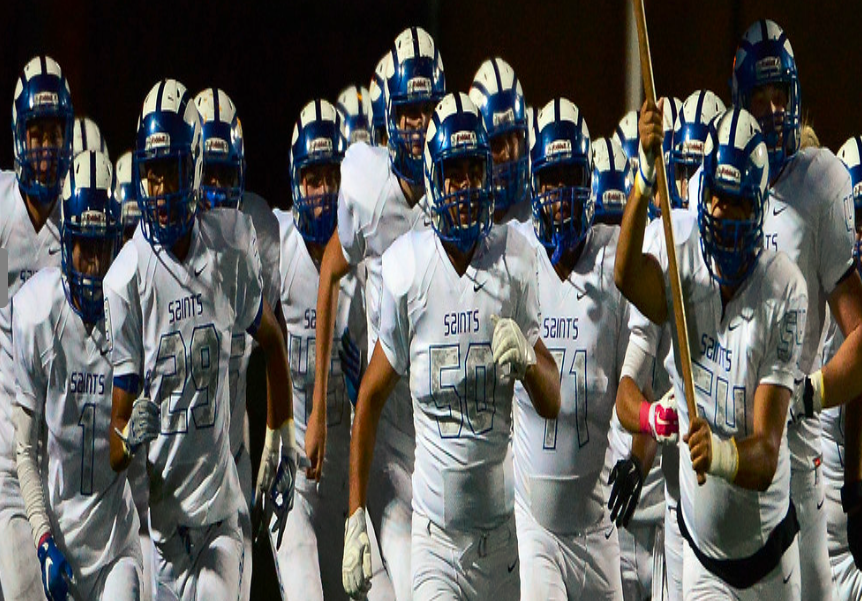 San Dimas faces familiar foe: One of the most cringe-worthy road trips any Mid-Valley Division team can take is to Lancaster on a Friday night to take on Paraclete High School.
But perhaps the Mid-Valley team best equipped to deal with it is San Dimas, which has plenty of experience through the years against the Spirits in high-stakes games.
“It’s like a college road trip,” first-year San Dimas head coach Mark Holman said. “We’ll leave here Friday at noon, get up there at 2 and have a walk through. Have some dinner. We’ll try to make it like a normal home game.”