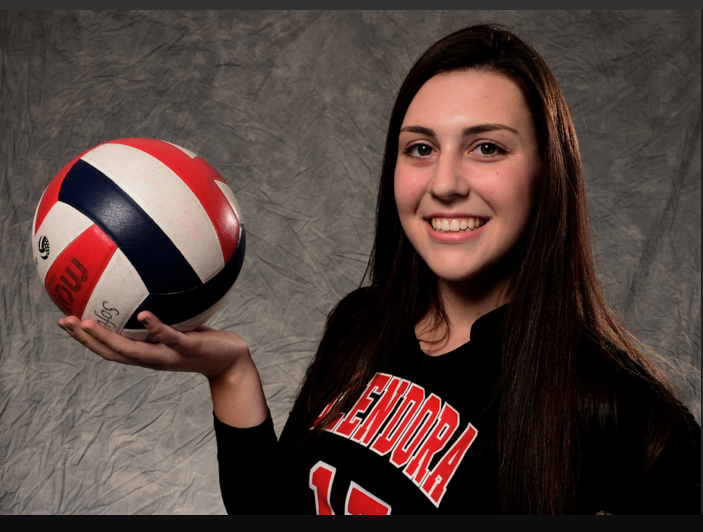 Girls Volleyball Player of the Year: Riley Jacobs,
School: Glendora, senior, setter
Riley Jacobs was definitely concerned heading into her final senior volleyball season. She had every right to be.While participating at a late summer camp at her future college, UNLV, she broke her left pinky finger. Not a very good omen for a setter.
“I hadn’t touched a ball in six weeks and I had to get right back into it for high school,” she recalled. “I felt like my training got cut short.”
Not to worry. Jacobs got back into the swing of the season very quickly and helped the Tartans to back-to-back Palomares League titles. She earned Player of the Year honors. 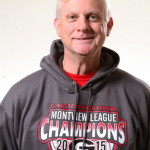 Coach of the Year: Jeffrey Divine, Gladstone
The Gladiators finally made that first big step. For the first time in school history, they played in a CIF-SS semifinal match.
“I learned you can teach an old dog new tricks because I totally changed my philosophy for practice,” Divine said.
The Gladiators (27-7) won their first Montview League since 2009. They lost to eventual 4A champion Desert in the semifinals. It was Divine’s 14th league title in his 22 years of coaching at Gladstone.
“We had been competitive, but we were not getting better and we were not getting to the next level,” Divine said.
The philosophy changed while watching a USA national team practice and scrimmage.
“We began treating everything in practice like a game,” he said. “We were competing, in practice, two-on-two, three-on-three, four-on-four. We cut out all these repetitive drills and we just played. It seemed to work for them and we got our confidence.” 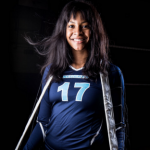 Loryn Carter, St. Lucy’s, senior, outside hitter
The Regents struggled early in the Baseline League, but rallied to finish tied for second place with a 6-4 record, 13-16 overall.
It created a tough CIF-SS opening-round playoff game. Yucaipa defeated St. Lucy’s in three games.
UC Irvine-bound Carter still had a big season, leading St. Lucy’s with 321 kills, which was ranked 35th in the CIF-SS. Her .324 hitting average was 29th-best in the state. She had a .483 kill average.
She also had 56 blocks, second on the team. 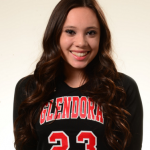 Jessica Garcia, Glendora, senior, libero
Garcia finally got to settle down and play one defensive position.
Last year the senior played libero and defensive specialist. This year she only played libero.
“It definitely was my best year,” she said. “That’s because I was a full-time libero and did not have to be splitting court time.”
It meant that Garcia was on the court a lot more than a defensive player, who leaves the game when rotated to the front row. She helped the Tartans to a CIF-SS 2A quarterfinal berth. 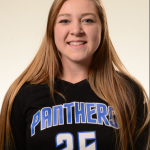 Sarah Kretschmar, Diamond Ranch, senior, setter
Kretschmar knows what it is like to be on the losing end of the scoreboard time and time again. At one point, the Panthers were, quite frankly, not very good. They won four Hacienda League games in her freshman and sophomore seasons. But this year, the senior setter helped Diamond Ranch win its first league title in more than a decade.
“It is so good to be on a team where no one expected anything of us to being a championship team,” she said.
The Panthers (21-5) tied Los Altos for the league title after finishing second to the Conquerors last year. They were knocked out of the CIF-SS 2A playoffs in the second round in four games to Troy. 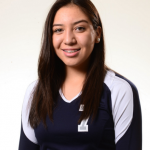 Daisy Portillo, Duarte, senior, middle blocker
It was not quite the season as 2014, but Duarte continued its breakout run with another 4A quarterfinal playoff run before losing to Cate. The Falcons lost to Cate for the ‘14 title.
“We had a good season,” Portillo said. “We lost both matches to Gladstone, which was tough. We thought we had a win against Cate. It is always terrible to go home losing.”
Portillo had 218 kills and a .288 hitting average, the 29th-best in the CIF-SS and 50th-best in the state. She also had 19 blocks and experienced a new role in the backcourt with 114 digs.
“This year I was an all-around player instead of just the front row,” she said. “I’m still trying to improve on the back row. It’s hard to read where the shots go and. Learning to control the ball is something I really need to work on.” 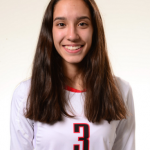 Lisette Ramos, Gladstone, sophomore, middle blocker
The 2015 season was all about goals.
“One of the biggest things is we kept goals for ourselves,” Ramos said. “As the season continued we just kind of kept it in our minds to focus on the little goals and that led up to the biggest goal of making it far in CIF. The team really worked hard together. Not just one or two players. It was team and everything got better.”
Ramos had 172 kills, the most for the Gladiators, but four other players were within 34 kills. She also had 39 aces and 15 blocks. She said she learned that she loved to play in the biggest matches of the year, such as the five-game win over Duarte in Montview League play. I liked the tough games, especially when the pressure really came on,” she said. “We made a statement by beating pretty good teams and I’m proud of that.” 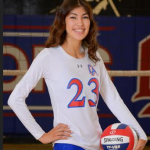 Mireya Rojo, Los Altos, senior, outside hitter
The pressure was on Los Altos and Rojo to win a fourth consecutive Hacienda League title.
The Conquerors were a game behind Diamond Ranch going into the final regular-season match. Los Altos scored a 15-8 win in the fifth game of that match to create a tie for the league title and keep Rojo’s league title streak intact. Rojo had 293 kills on the season, the 44th-best mark in the CIF-SS. She had a .404 kill average.
The senior also 40 aces and 32 blocks and was second on the team in digs with 204.
Los Altos lost to Glendora in the second round of the 2A playoffs in three games. 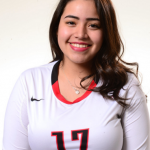 Maritza Santiago, Gladstone, junior, outside hitter
The Gladiators got connected, Santiago said, and it led to the best season in school history.
“Every year we’ve gotten better,” she said. “We connected during the season and that helped it work out for us.”
Santiago had 171 kills, only one behind middle blocker Ramos. She had 80 aces, which was tied for 20th-best in the CIF-SS. Santiago also led the team in digs, with 360, and received 425 serves, also one of the Gladiators’ top numbers.