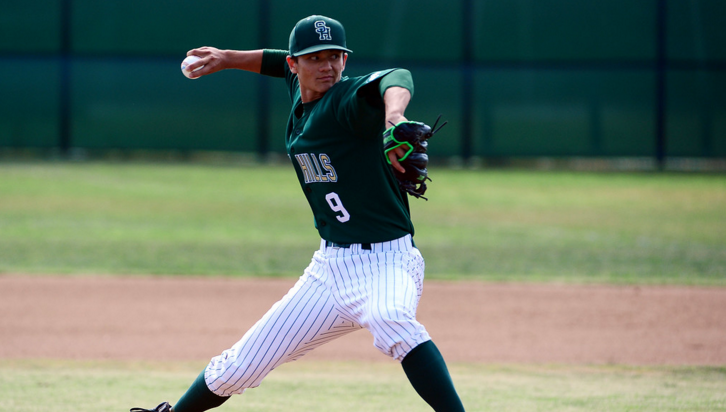 SOUTH HILLS SWEEP: Some early non-league losses and a poor showing in the prestigious Boras Classic knocked some of the mojo from the highly regarded South Hills baseball team, but the Huskies are starting to look the part with the playoffs around the corner.
South Hills, ranked No. 4 in CIF-Southern Section Division 2, completed a three-game sweep of second-ranked Bonita with a 7-1 victory behind pitcher Brandon Dieter, who threw a three-hit complete game and allowed only one hit after the first inning.
The victory comes just two days after South Hills’ marathon 7-4 victory in 11 innings at Bonita on Wednesday, and gives the Huskies (17-7, 10-1) a two-game lead over the Bearcats (19-4, 8-3) with four to play.
“No disrespect to Bonita, they’re a great team, but for some reason we match up well and we’ve been playing well in big games,” South Hills coach Darren Murphy said. “We’re starting to get it going.”
*SOUTH HILLS-BONITA PHOTOS
Bonita took a brief 1-0 lead in the first inning after Tommy Delgado led off the game with a double and was eventually singled home by Brandon Bradshaw.
But South Hills quickly answered.
Johnny Dearth’s double scored Aaron Fong and Jacob Amaya later scored on a close play at the plate on a fielder’s choice, giving the Huskies a 2-1 lead. 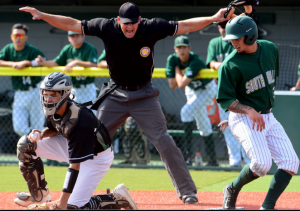 “I knew Bonita was tough and they would come out swinging,” Dieter said. “But my teammates had my back. We scored two in the first and that got me going.”
Bonita didn’t help itself the rest of the way.
South Hills loaded the bases with two outs in the second and scored when Johnny Dearth’s routine grounder to short was booted, allowing Chris Moya and Fong to score for a 4-1 lead.
A near identical situation happened in the sixth. South Hills loaded the bases with two outs and Dieter’s grounder to third was mishandled, allowing Amaya and Dearth to score for a 6-1 lead.
“We made some errors, but they hit some balls awfully hard,” Bonita coach John Knott said. “They have a number of good players and they made it tough on us swinging the bats and Dieter was tough around the plate. Credit to South Hills.
The top of South Hills’ order, Moya, Fong, Amaya and Dearth accounted for all nine of the Huskies’ hits and runs.
Moya was 3-for-4 with a double, Fong was 2-for-4 with two runs, Amaya was 2-for-3 with two runs and Dearth was 2-for-4.
“That’s why they’re hitting one through four,” Murphy said. “You stack the top of the lineup with your better guys and they’re doing what you’re supposed to do. They’re carrying us right now and doing their job.”
And so is South Hills, who is starting to silence the early season doubters.
“Better to be good in late April or May than dominant in February,” Murphy said. “There are no rings or titles given out in February.
“ A lot of people panicked on us and some inconsequential losses were made big deals. So, we had to remember the race is at the end. It’s a marathon. We said us losing was going to be bigger than us winning because of the expectations, but we’re to that point where we’re playing well now.”
For Knott, the key is not dwelling on what’s been an incredible season.
“We’ve had a lot of breaks go our way this year,” Knott said. “We have a good club, there’s no doubt about it. But you find out a lot more about your team after a loss than a win. It’s a lot easier to jump on the bandwagon when you’re winning and things are going your way.
“Wednesday was a tough loss going 11 innings and we come out here and get a run and South Hills says no, this ain’t happening today. We just have to move on, that’s the way it is. There’s a ton of season left.”